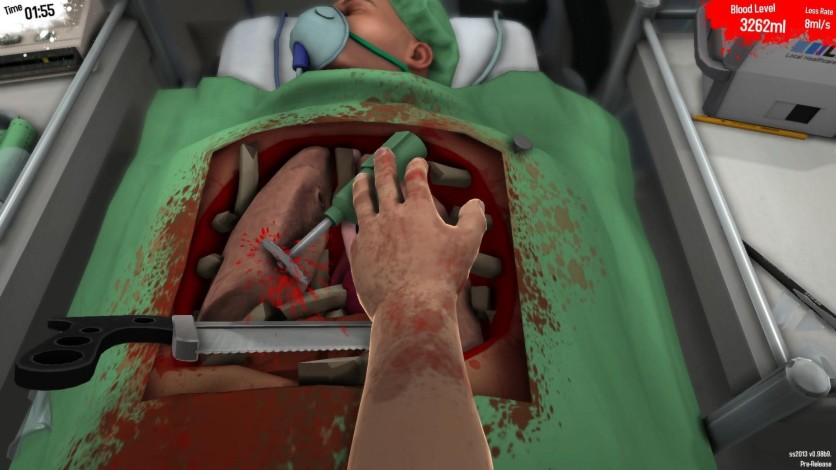 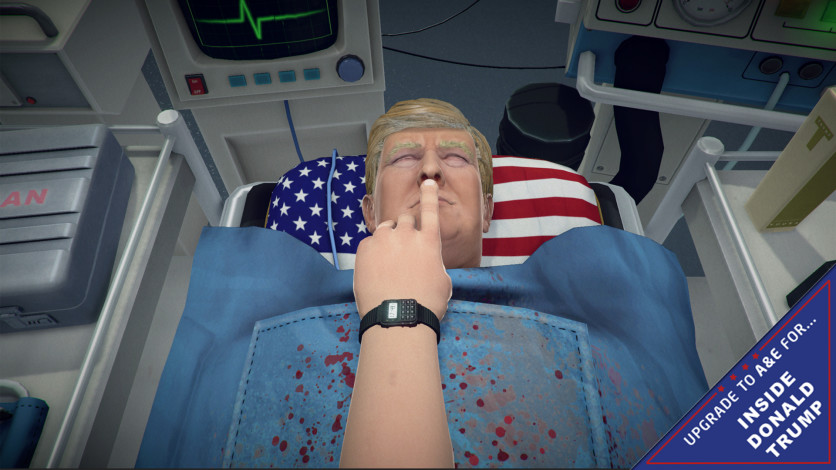 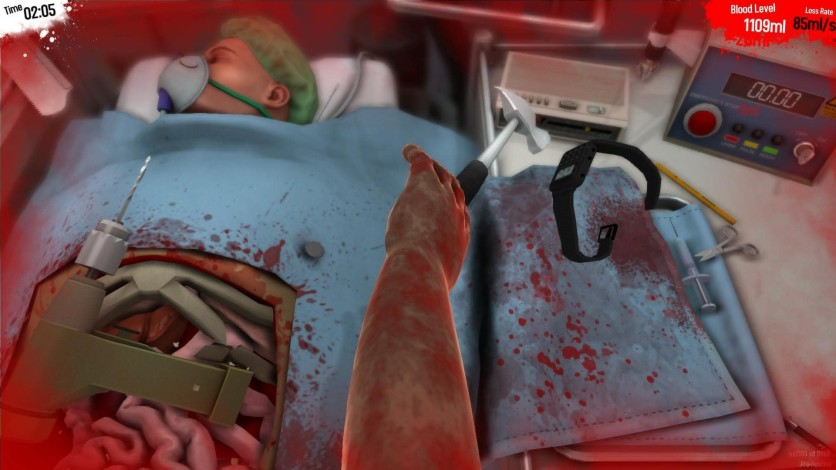 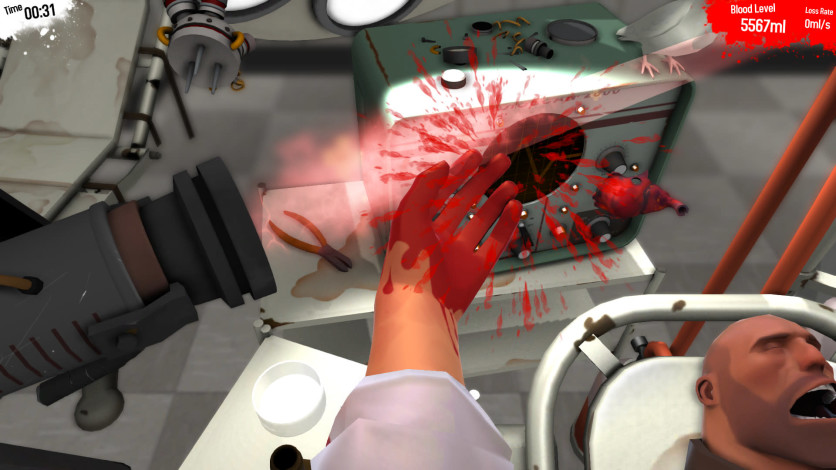 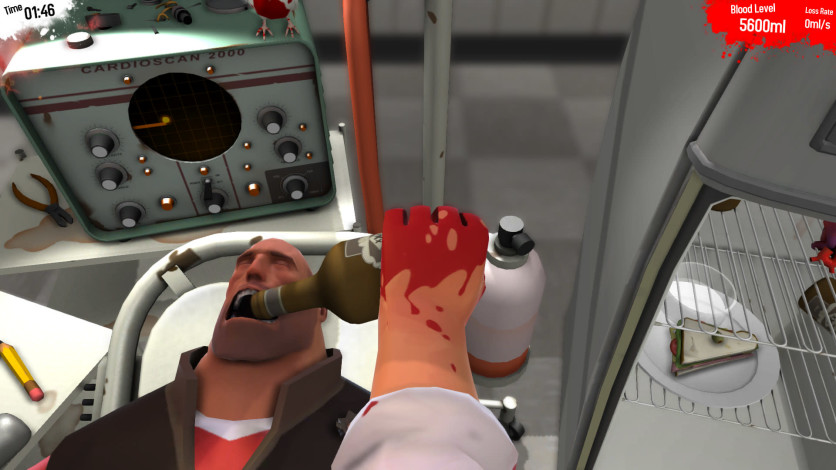 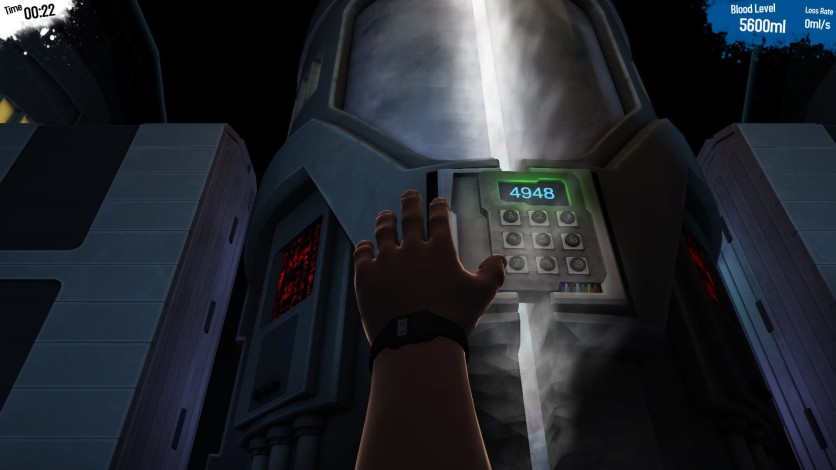 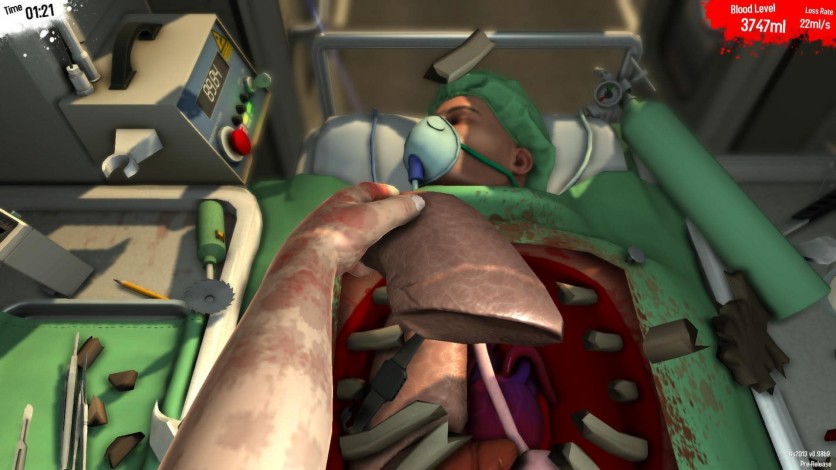 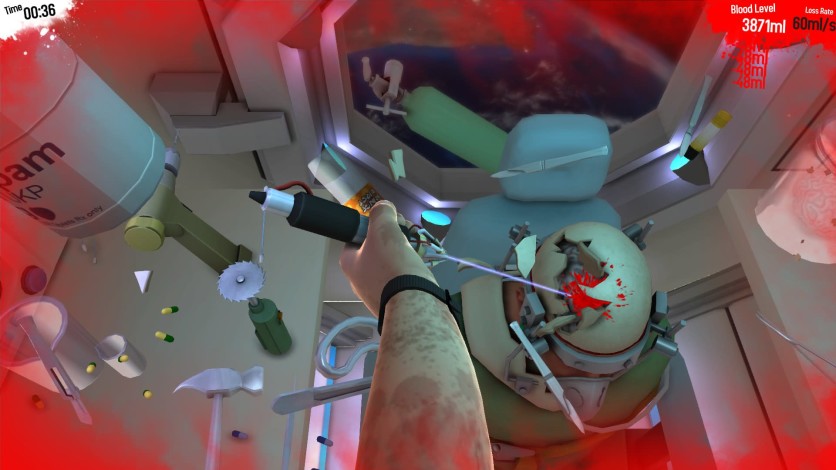 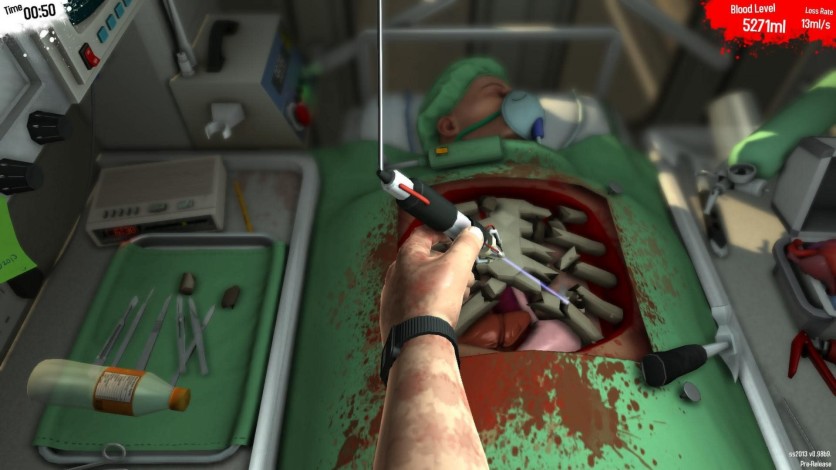 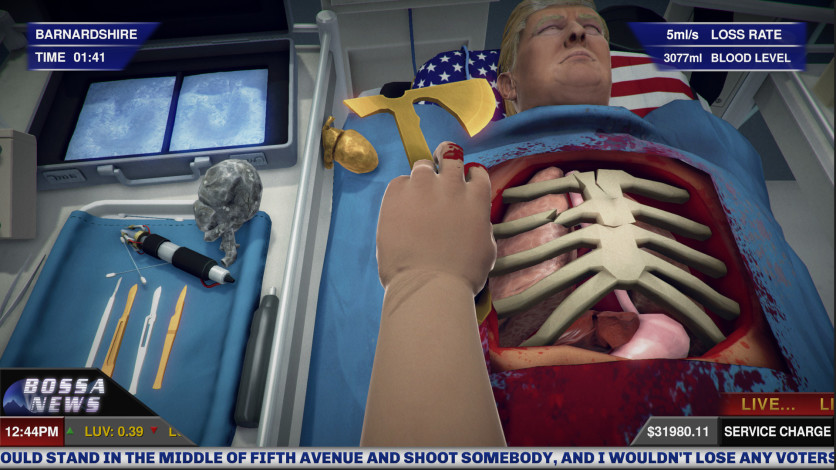 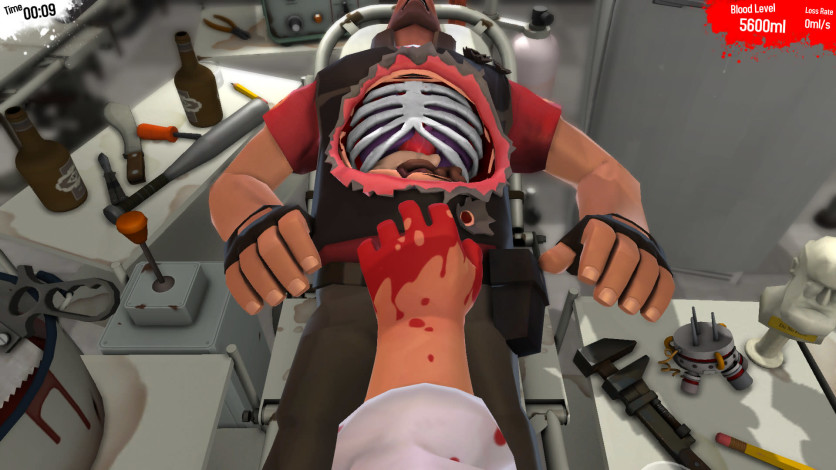 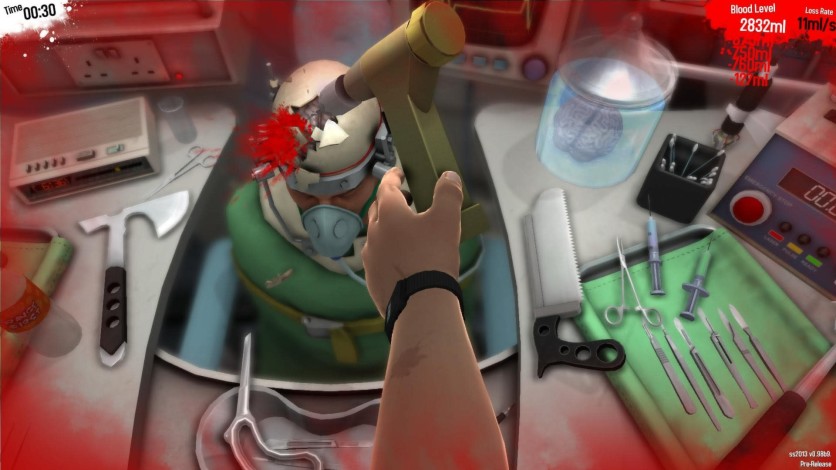 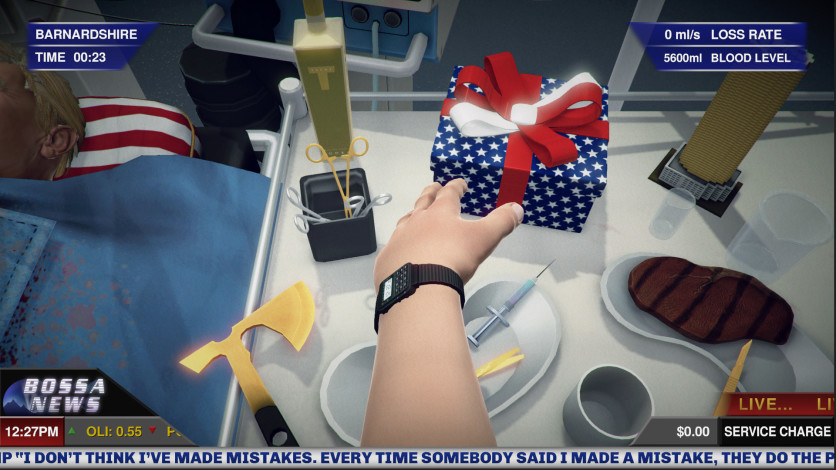 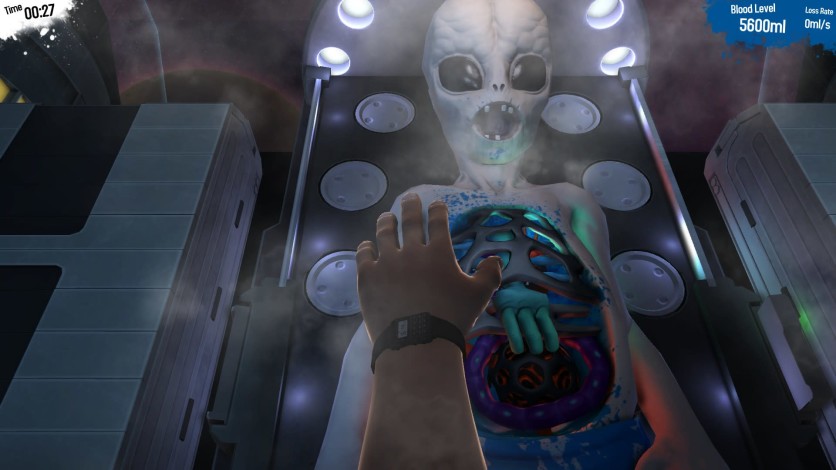 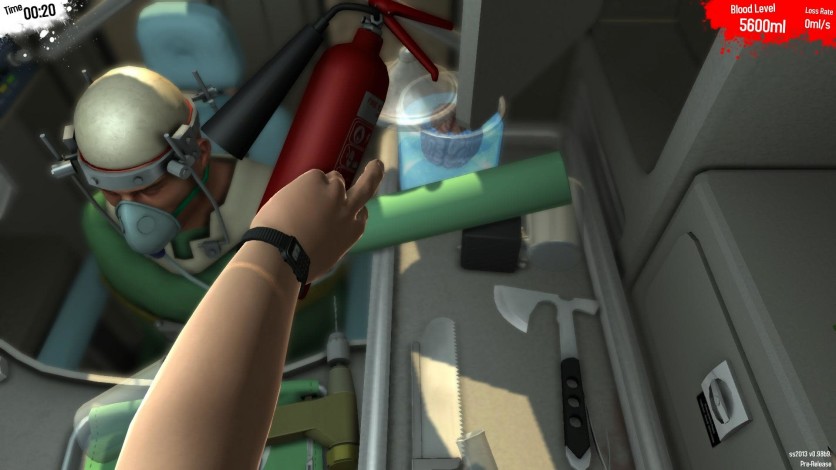 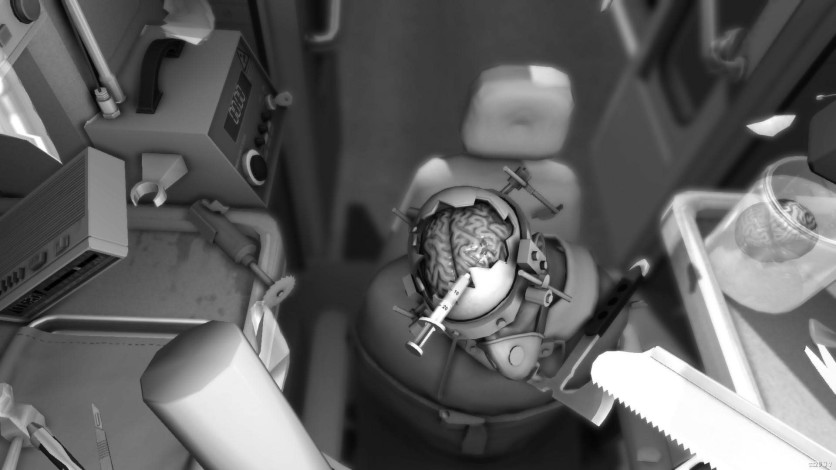 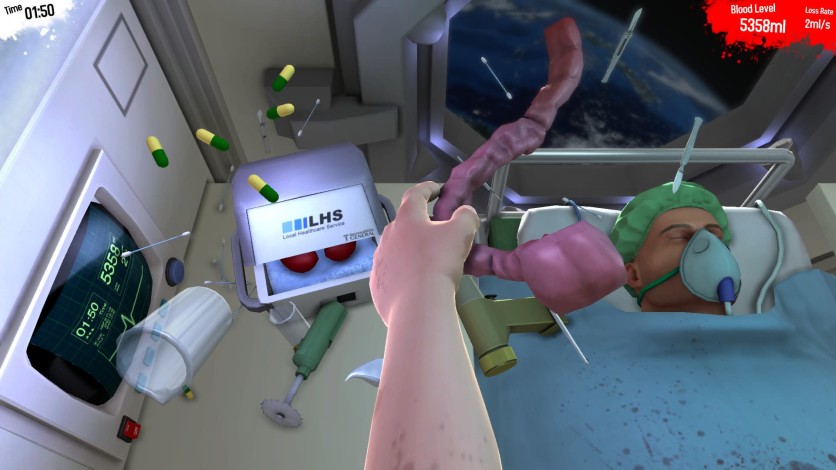 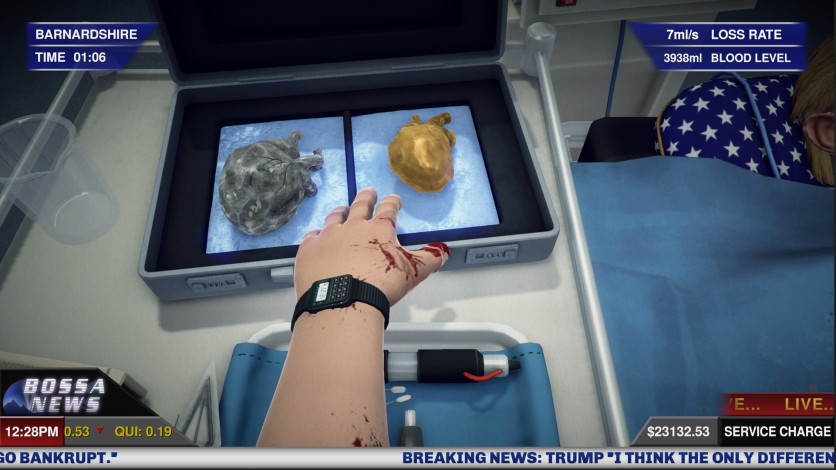 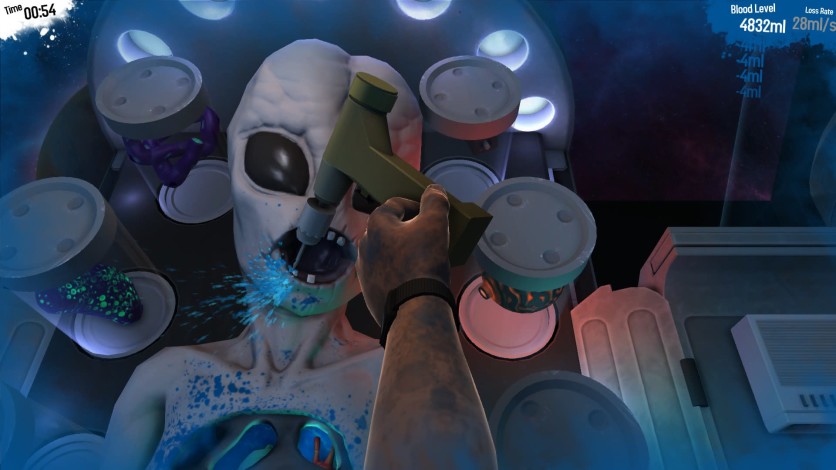 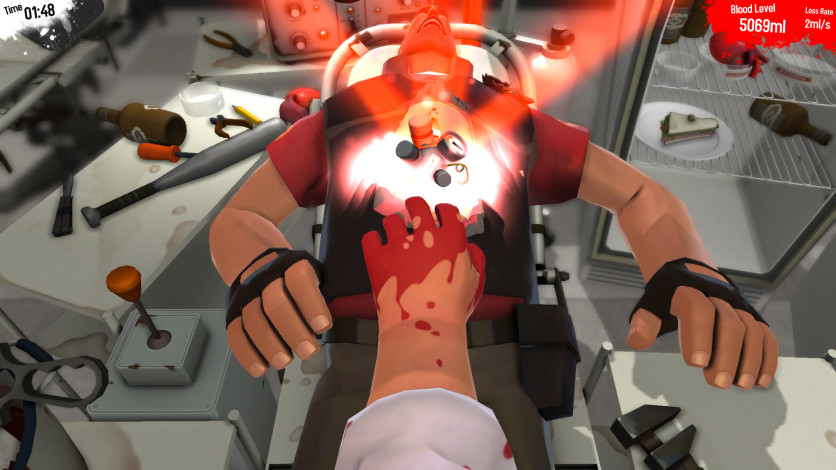 Surgeon Simulator: Anniversary Edition now includes the FREE new update 'Inside Donald Trump'. Inspired by this year's most talked about political event, we invite you to cast your vote… Donald Trump: stone-hearted villain, or gold-hearted hero?

From carrying out terrifying transplants in theatre, to surgical procedures in the hospital corridor, Surgeon Simulator takes malpractice to the next level.

Malpractice Makes Perfect. Surgeon Simulator is a darkly humorous over-the-top operation sim game where players become Nigel Burke, a would-be surgeon taking life into his own shaky hands, performing life-saving surgical manoeuvres on passive patients. Curious to know how Bob, the patient ended up on the operating table? Check out 'I am Bread' - the prequel to Surgeon Simulator.

The original prototype – developed in just 48 hours at the 2013 Global Game Jam in January – challenged players to complete a heart transplant, armed only with an arsenal of clumsy and inappropriate tools and a hand that was diabolically difficult to control, using a combination of keyboard and mouse actions.

The full Steam version comes with additional features, operations and environments. From carrying out terrifying transplants in theatre to surgical procedures in the back of an ambulance, Surgeon Simulator 2013 now takes operating to the next level.