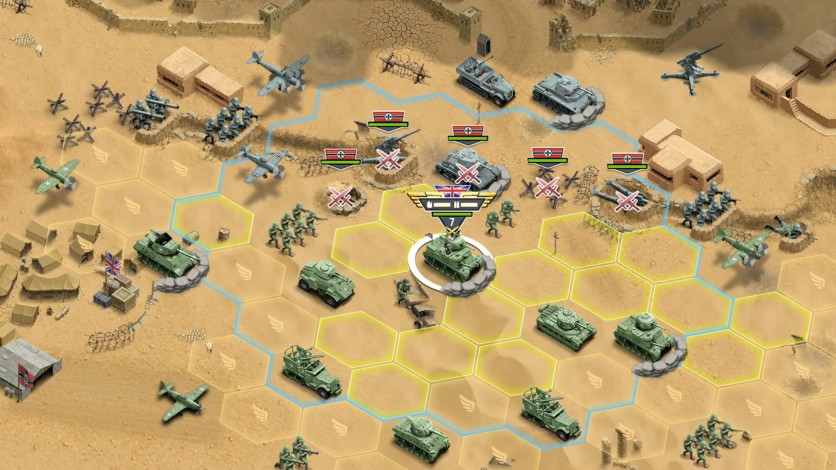 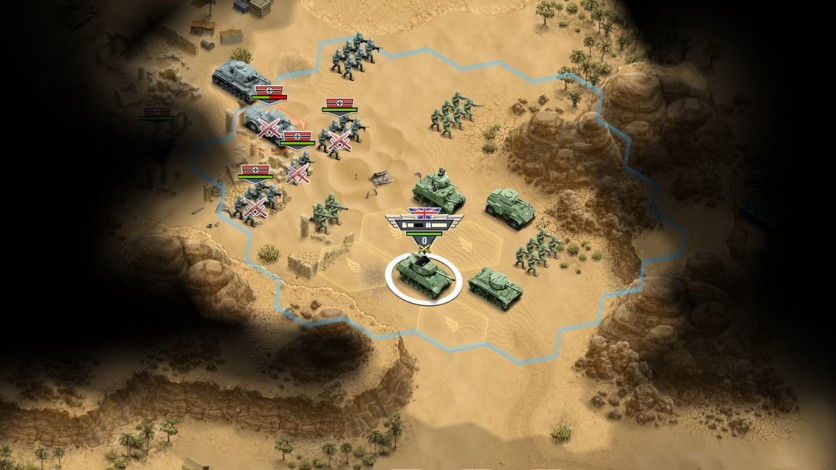 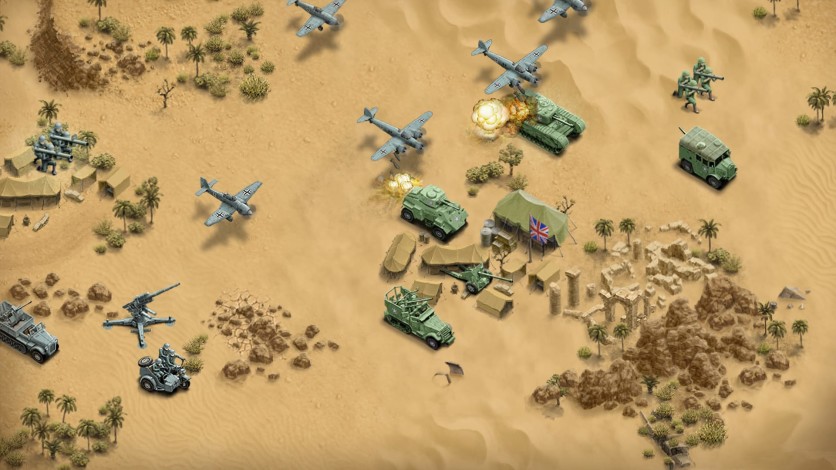 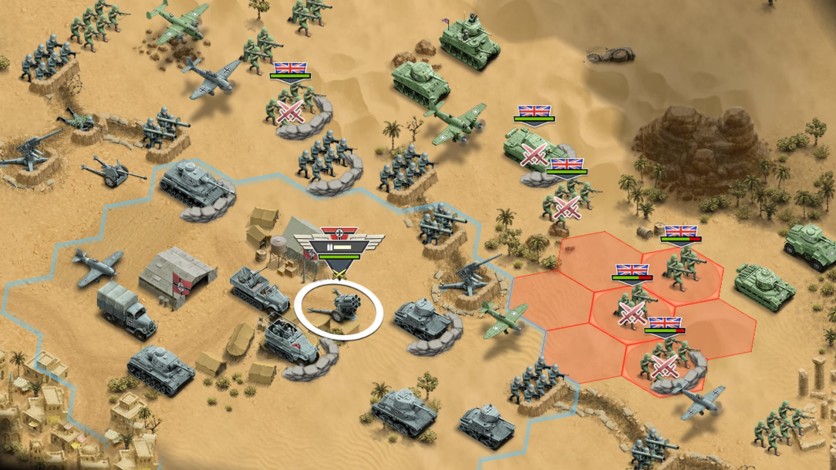 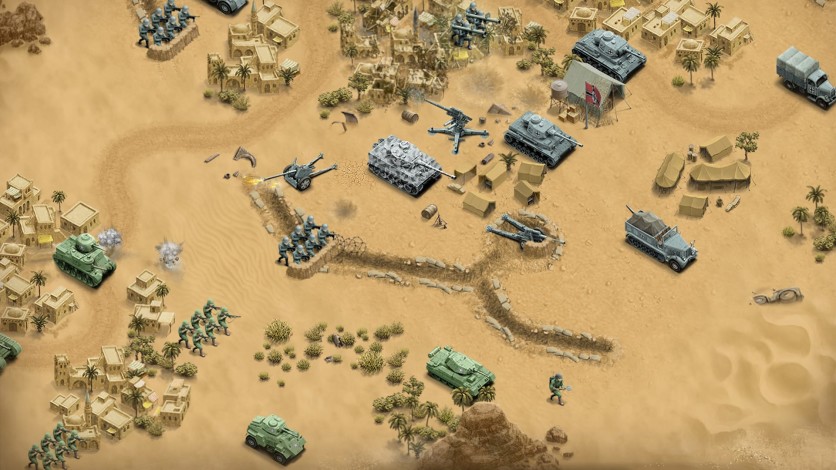 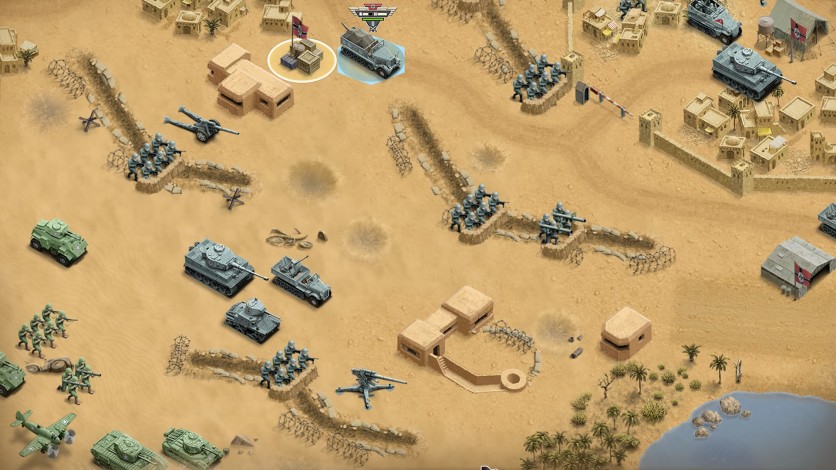 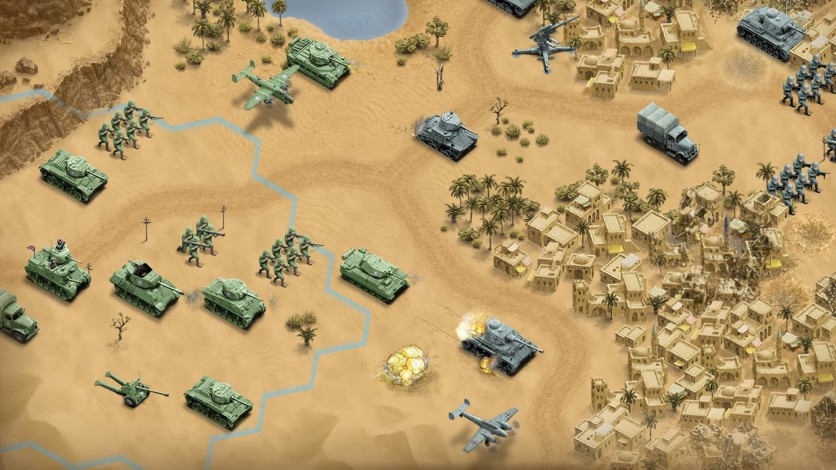 Action-packed World War 2 battles for the desert territories await you. Your ingenuity and leadership skills as general will determine victory or defeat. Will you survive the toughest fight in history?

“1943 – A hot, dusty wind sweeps through the camp. Scouts report of heavy Wehrmacht forces. The Desert Fox is rapidly pushing towards the western oasis. All combat-ready British troops are on high alert to fend off the invasion. At the same time, the Axis powers are preparing the assault on a vital resupply center. En route to their next battle, with heavy tanks, artillery and supply vehicles. Which side will you choose?”