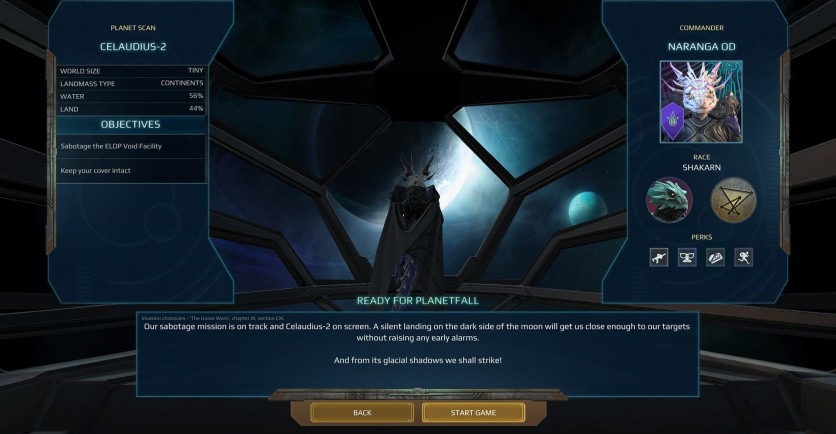 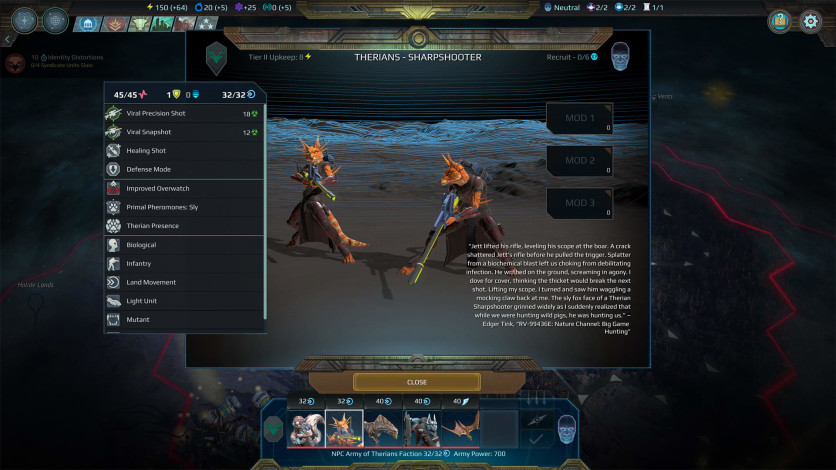 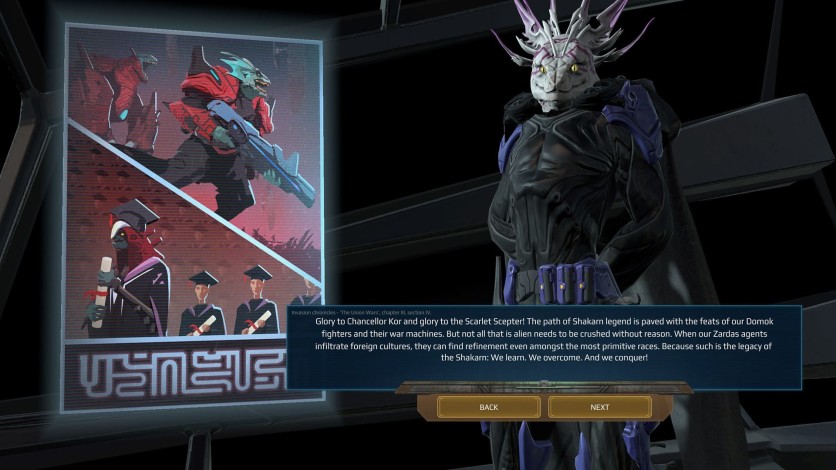 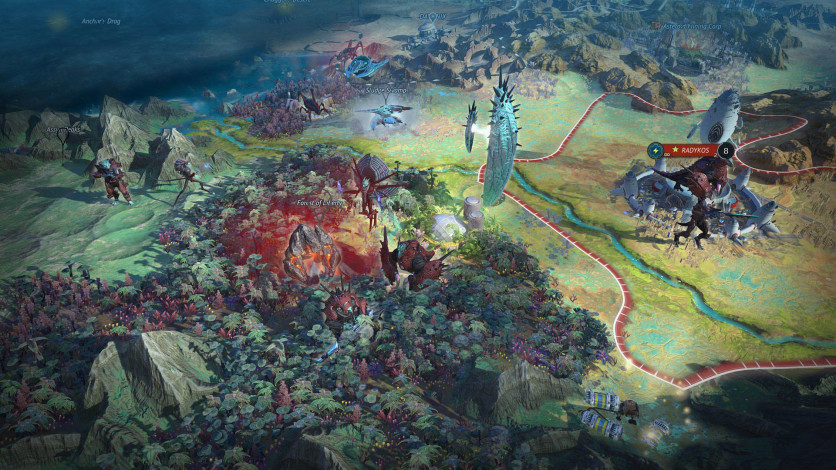 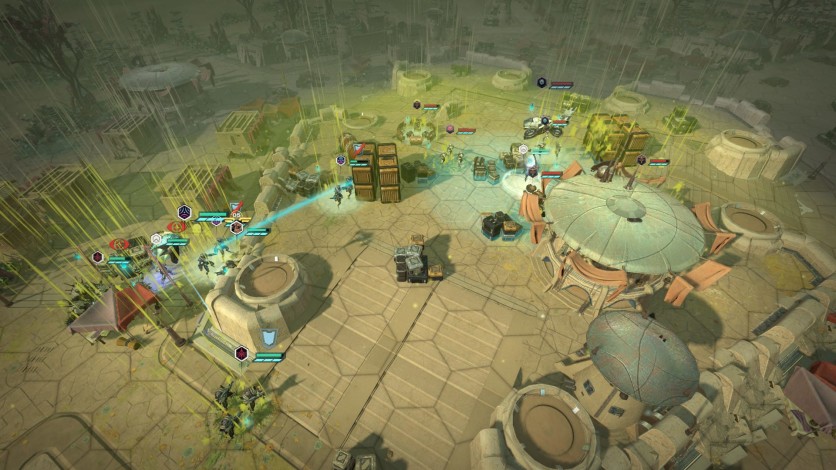 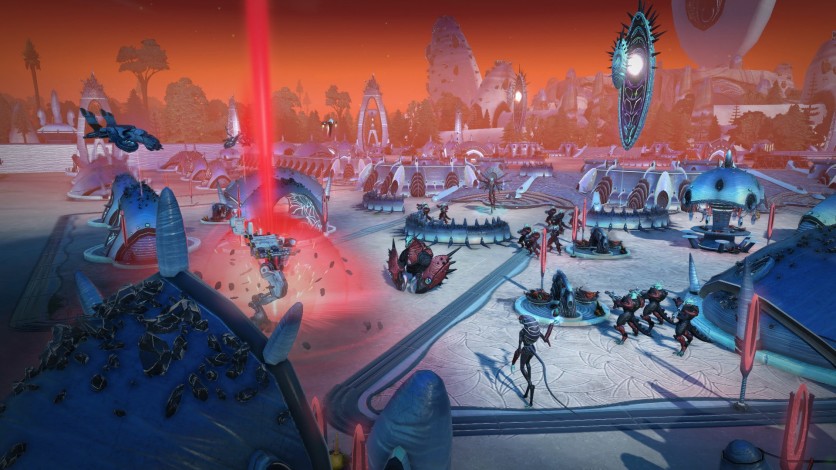 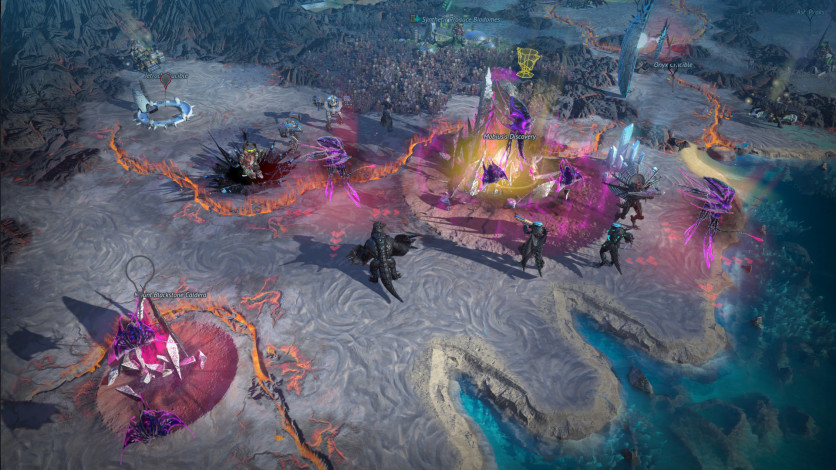 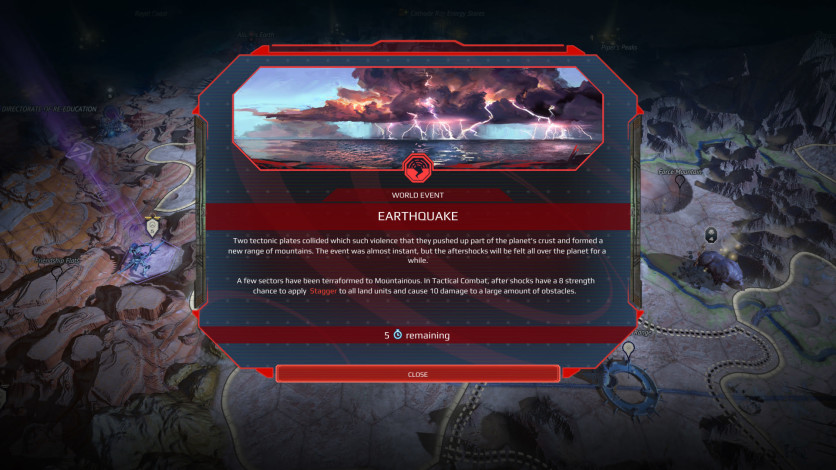 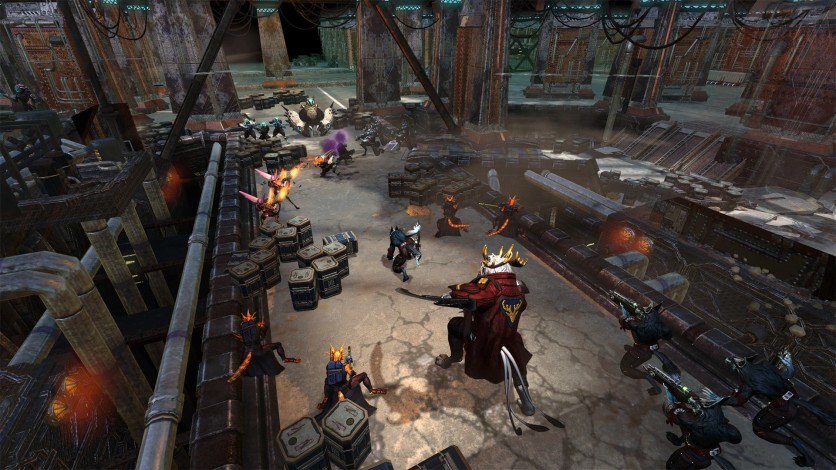 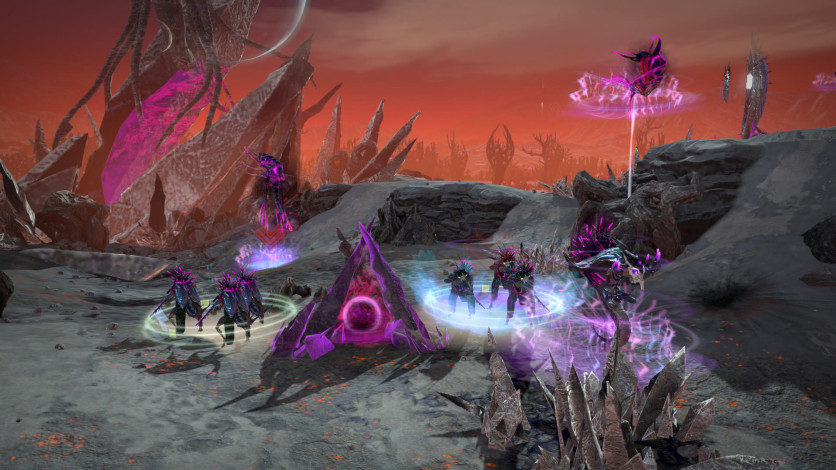 In the stardust and disunity of the collapsed Star Union, an insidious new race of conquerors has come to lay claim to the galaxy. Deploy and destroy as the merciless Shakarn, a vicious race of conniving lizardmen with holographic disguises ready to deceive, disrupt and disintegrate the last strongholds of human might. Utilize light and sound trickery to sabotage and scatter your foes from the inside out, overwhelm them with brutish alien force, or form the most unlikely of alliances: the choice is yours. Choose quickly though, as new environmental catastrophes can strike without warning, and enemies may spring from unexpected places. The Shakarn empire is ready to strike your enemies down, but do not make the mistake of being overconfident. Never forget that the greatest threats often come from above…