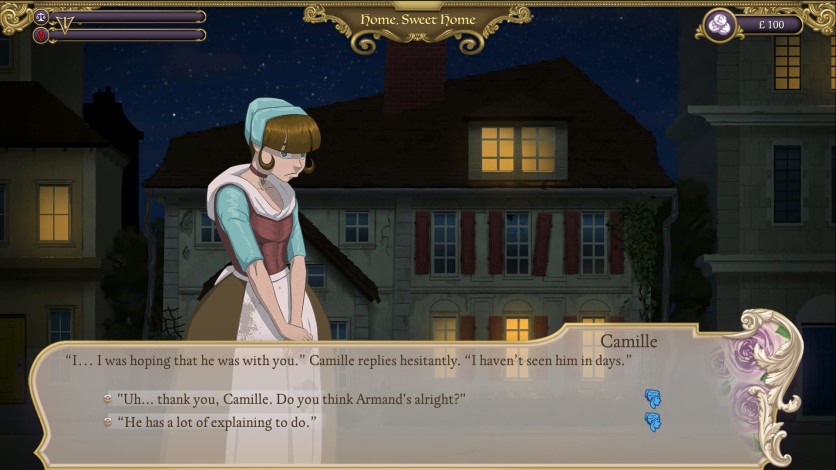 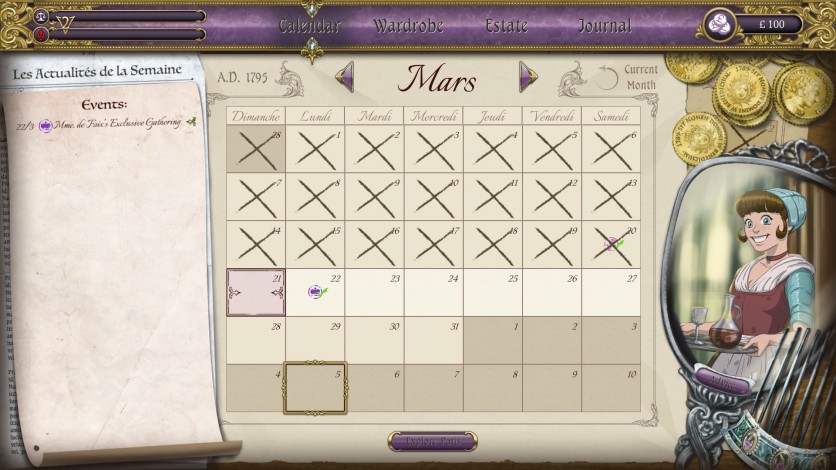 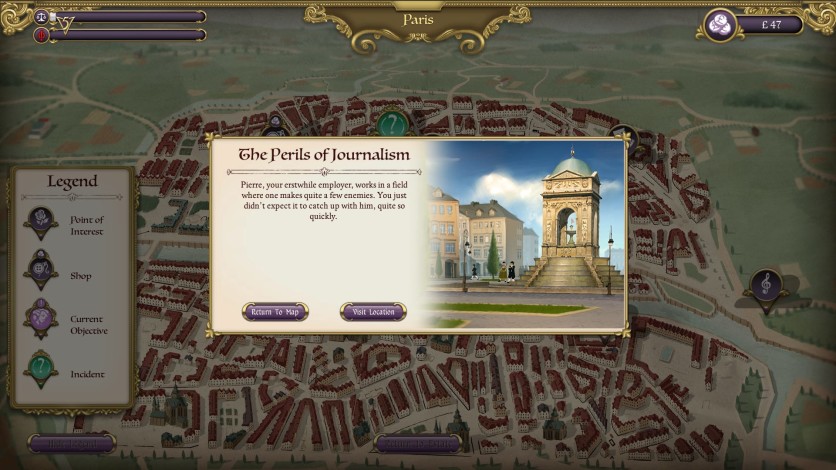 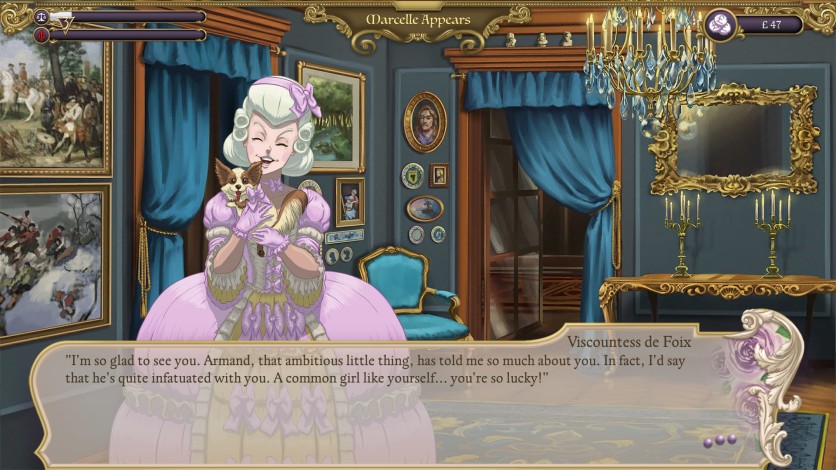 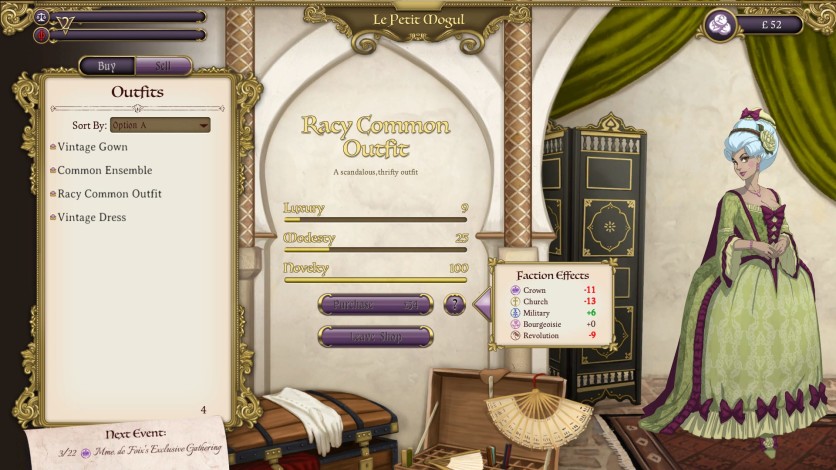 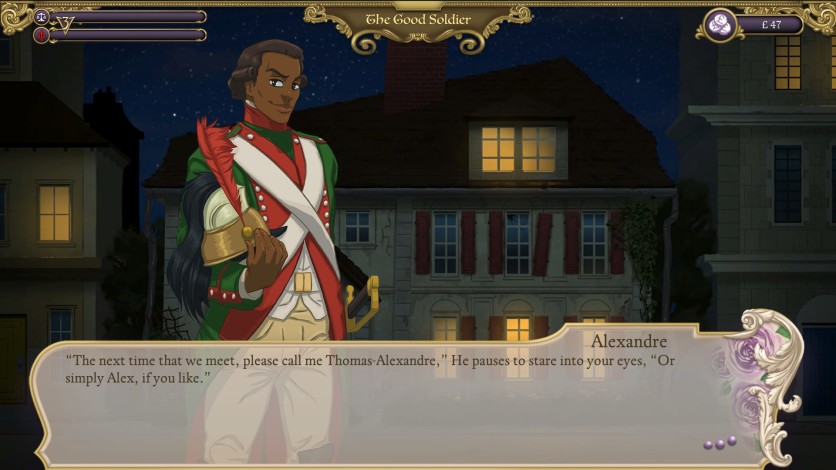 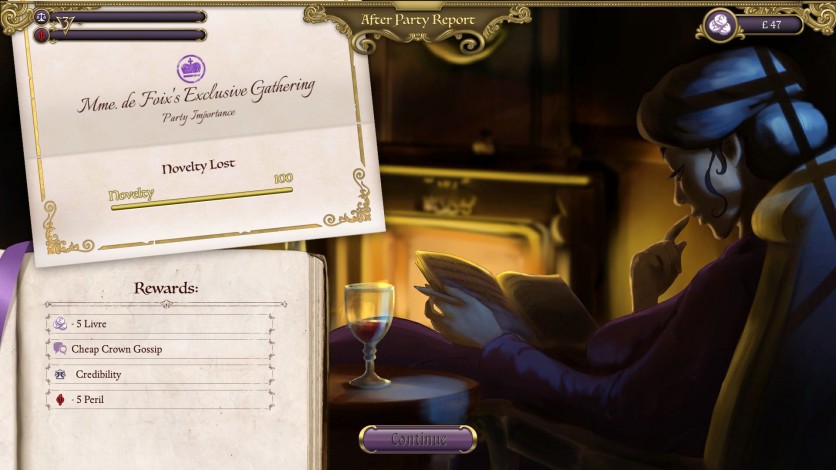 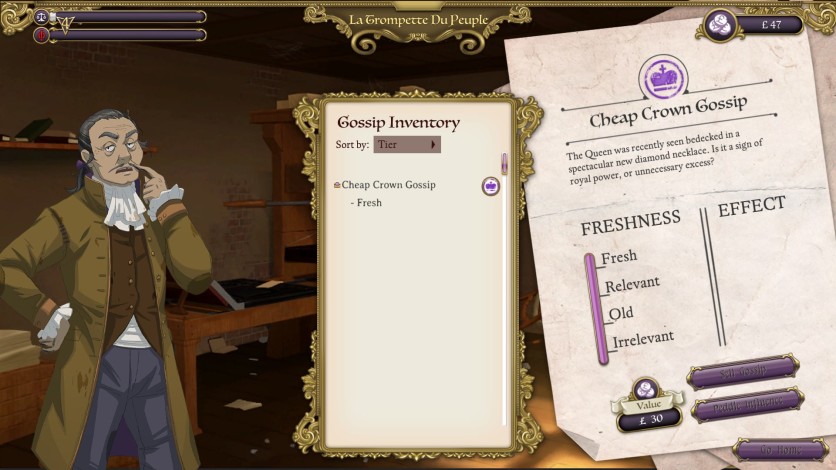 A revolutionary, romantic, visual novel where your choices change the course of history!

It’s March 19th, 1789 and King Louis XVI rules over France from the gilded halls of Versailles. France is a country of elegance and poverty, of ancient tradition and unstoppable change. It is a country on the brink of revolution.

Attend parties, mingle with the rich and powerful, learn their secrets, and use this to get the wealth and power you deserve. Find true love in an opulent world of ever-shifting alliances, that grows more dangerous by the day.

Still, you must always keep your eye on the coming revolution. After all, it’s better to be on the right side of history, than the wrong side of the guillotine.