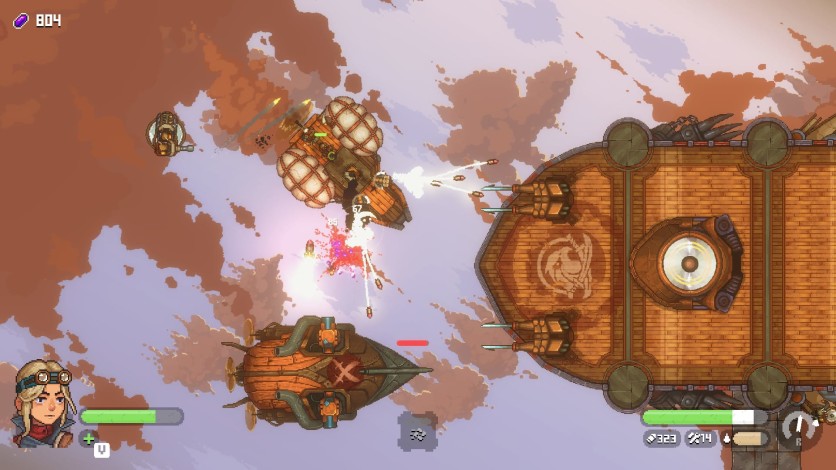 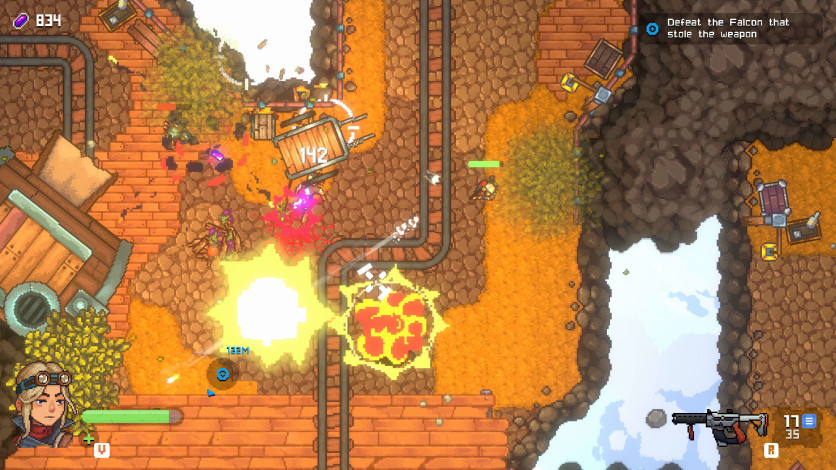 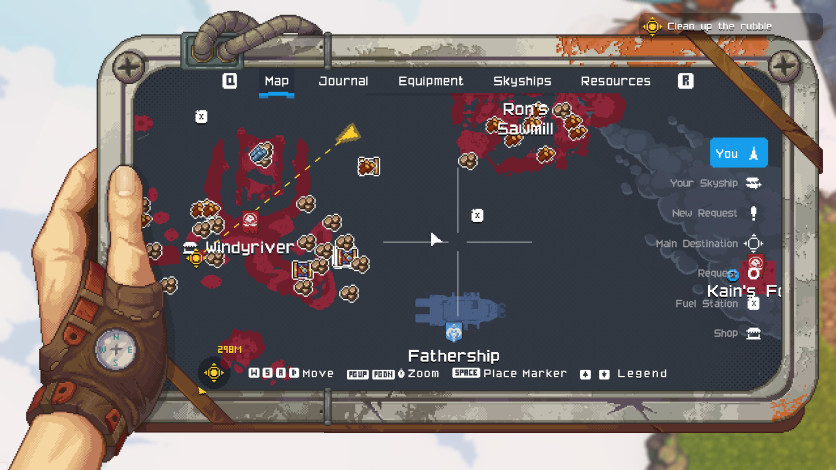 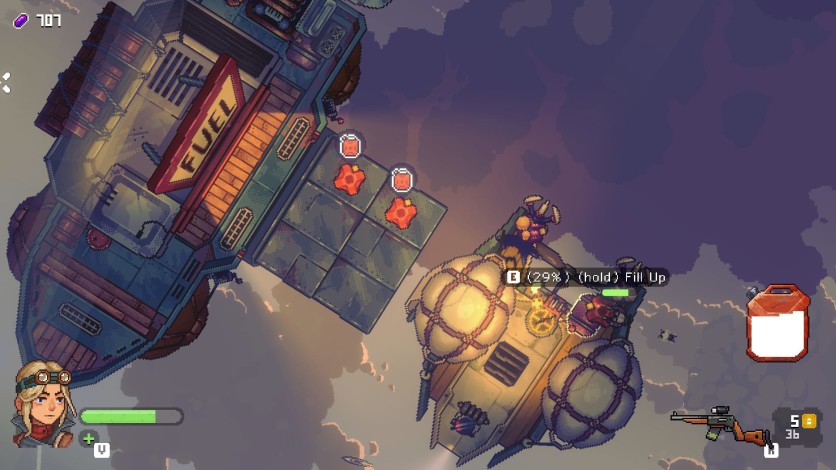 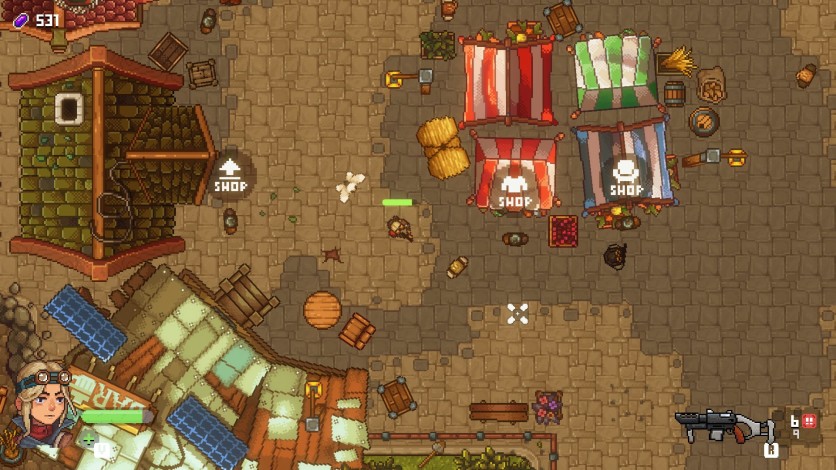 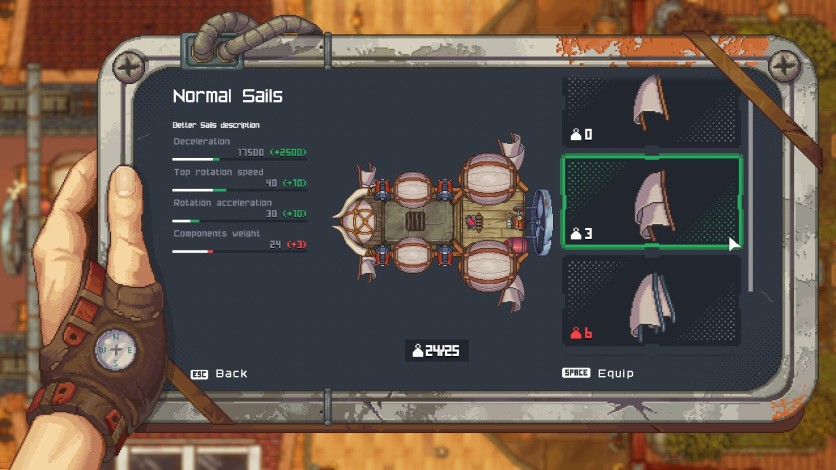 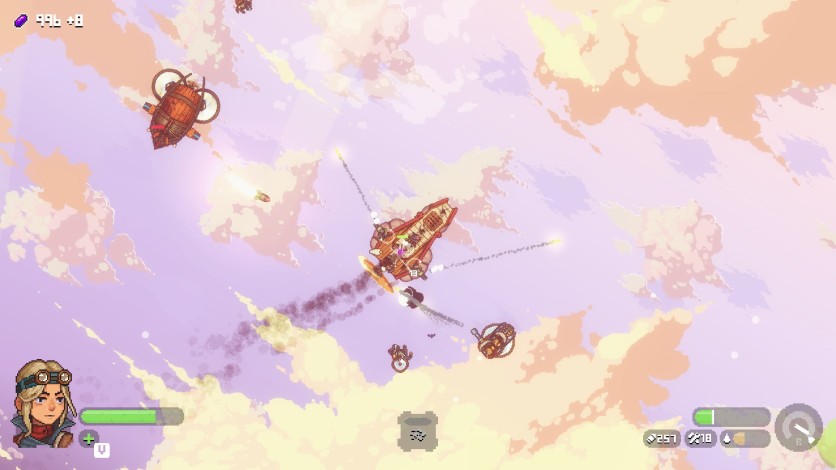 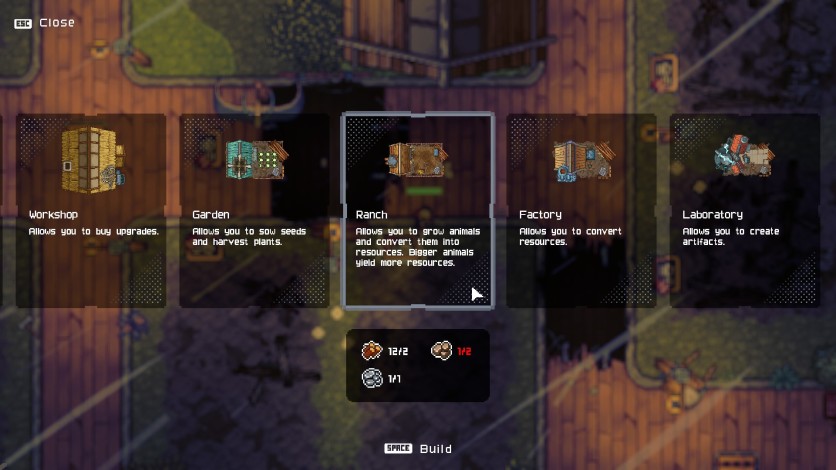 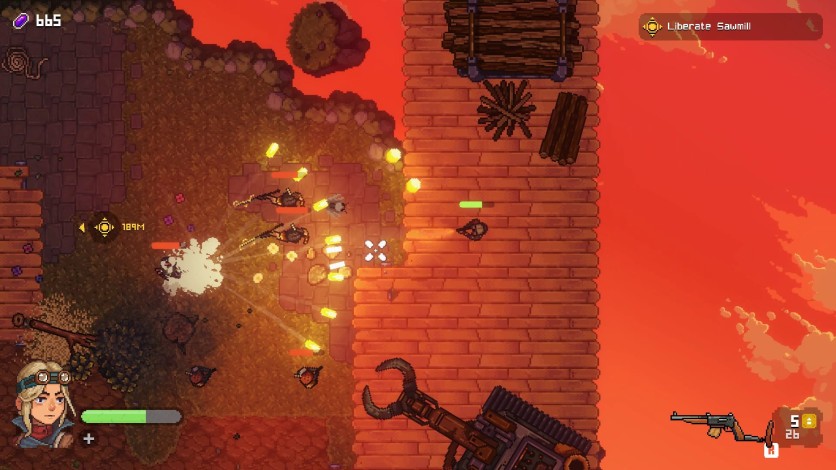 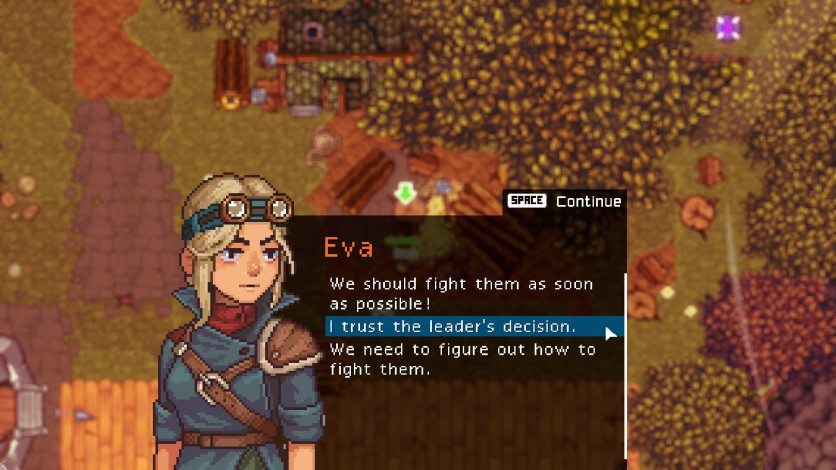 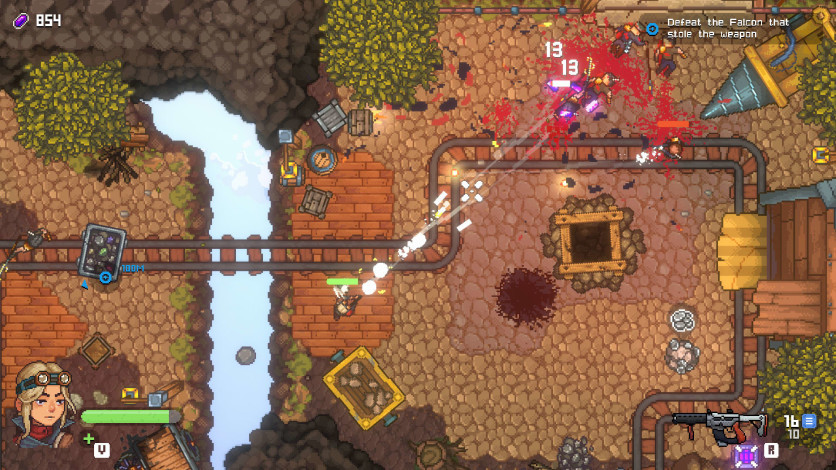 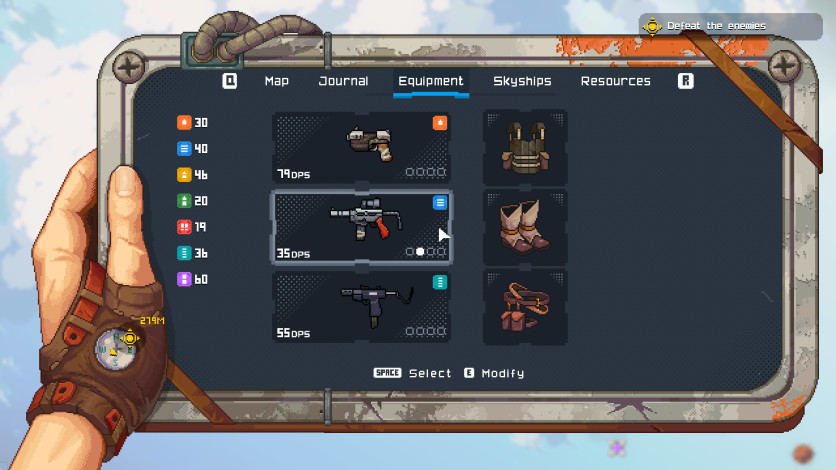 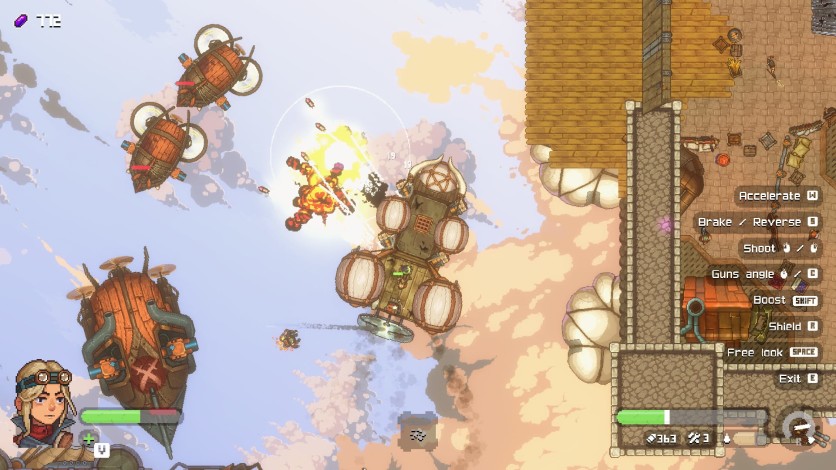 Prepare to set sail… Through the skies! Black Skylands is the first video game in the skypunk genre that combines elements of Open World, Sandbox, Top-Down Shooter and Action/Adventure.

Many years ago, Earth turned into thousands of islands floating in the air. In the new world, peoples of Aspya used to live in peace… Until it all came to an end.

You are Eva—a proud daughter of the Earners. After an scientific discovery goes horribly awry, your homeland is plunged into relentless struggle against the Swarm—a terrifying species who know no mercy and feel no remorse.

Not only you must stop the Swarm's onslaught, but also stand against the Falcons led by cruel and arrogant Kain. After seizing power in the Earners' lands to protect them from the invading monstrosities, this usurper becomes a menacing threat himself.