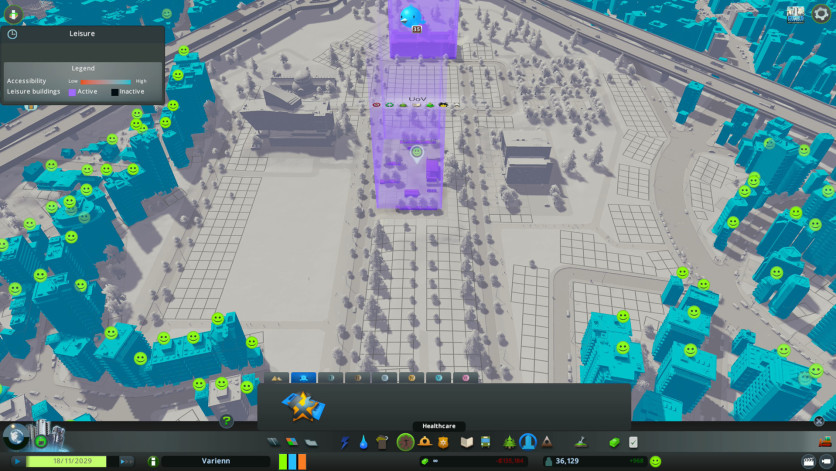 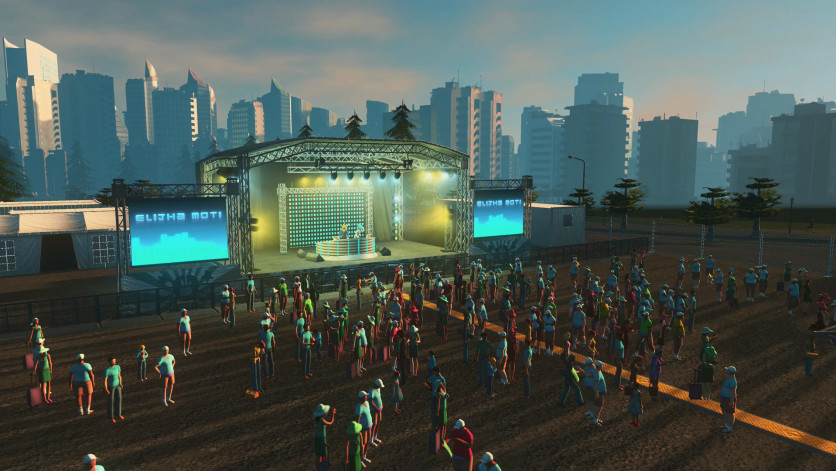 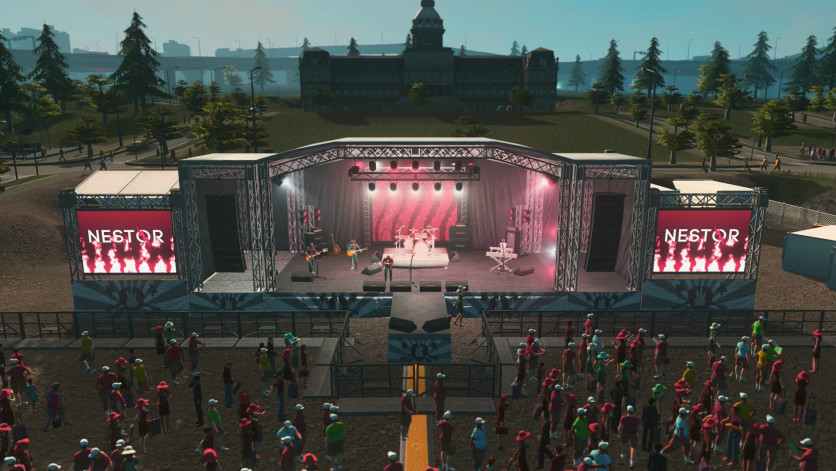 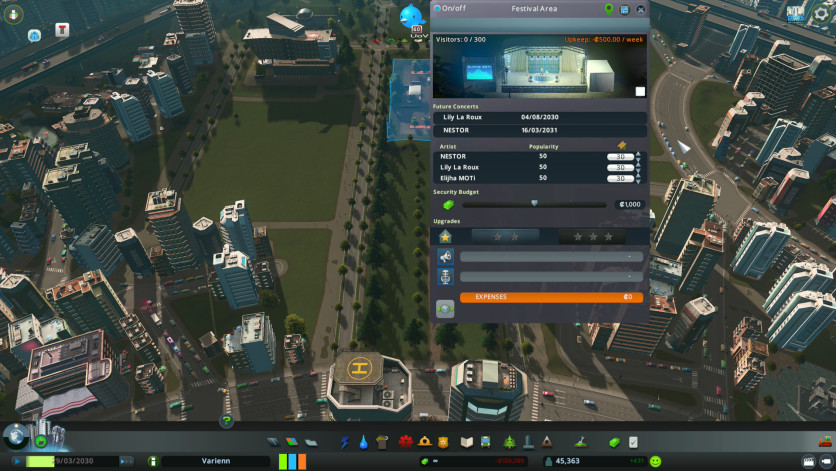 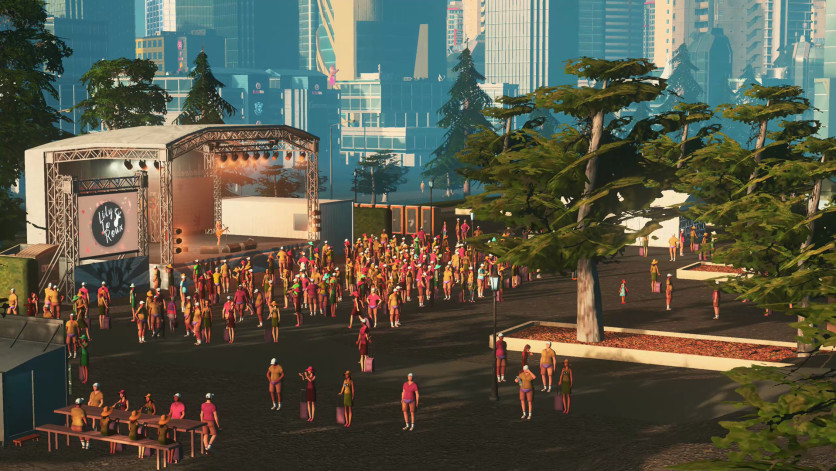 Cities: Skylines - Concerts is a mini-expansion for the award-winning city builder that gives players the power to plan and present major concerts. Featuring music and images from Rock, EDM, and Pop/Folk bands - as well as a new music focused radio station - Concerts brings a more melodic component to the sounds of city life.

With Concerts, putting on a great show is about more than just the music. From new buildings to host your headliners to festival management options that encourage ticket sales, creating advertising campaigns, driving band popularity, optimizing security budgets and more, Concerts puts players in control of everything from the front of house to backstage.