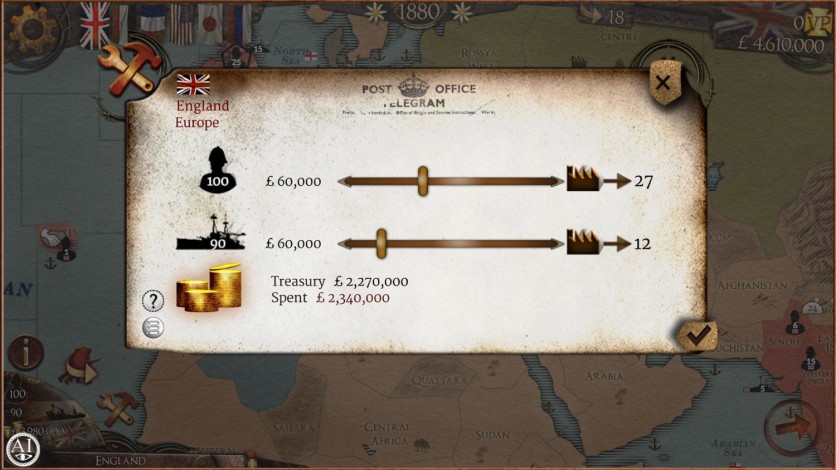 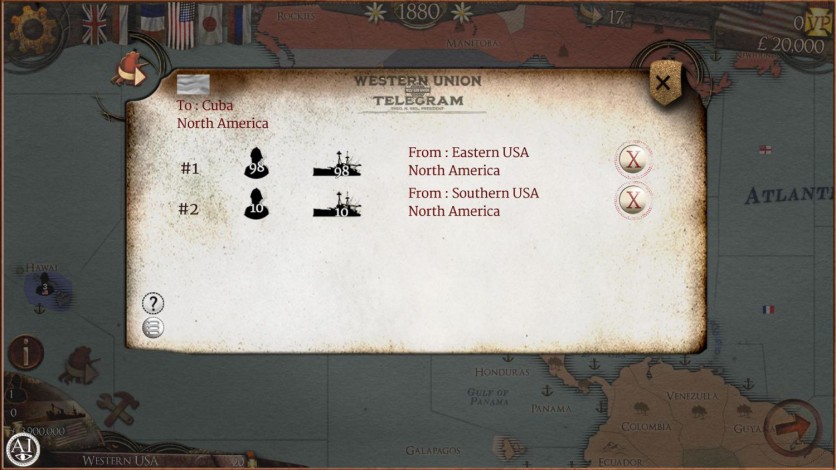 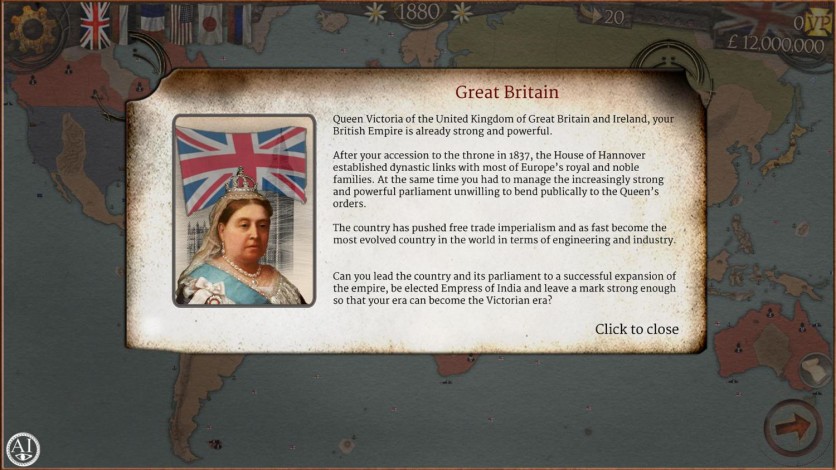 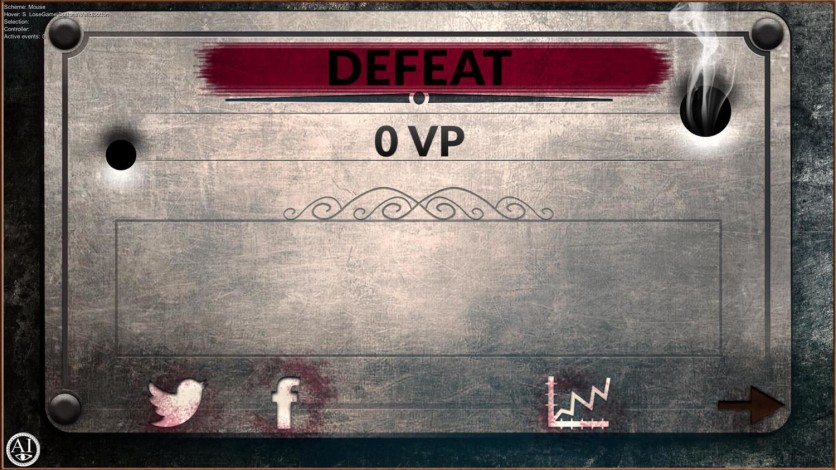 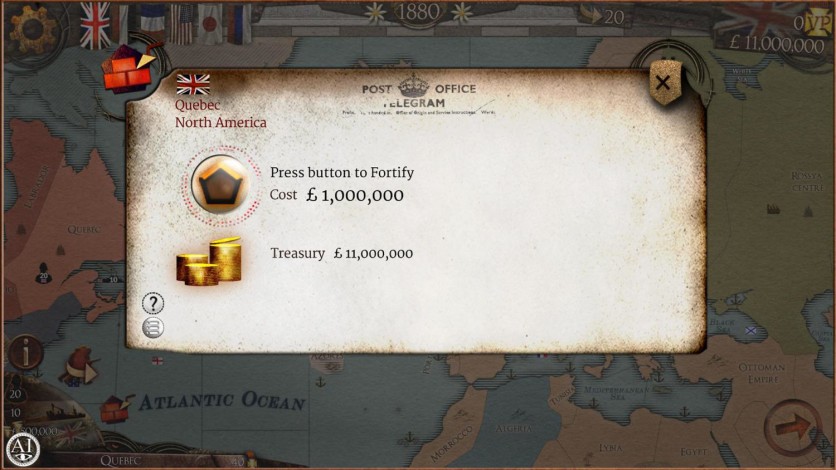 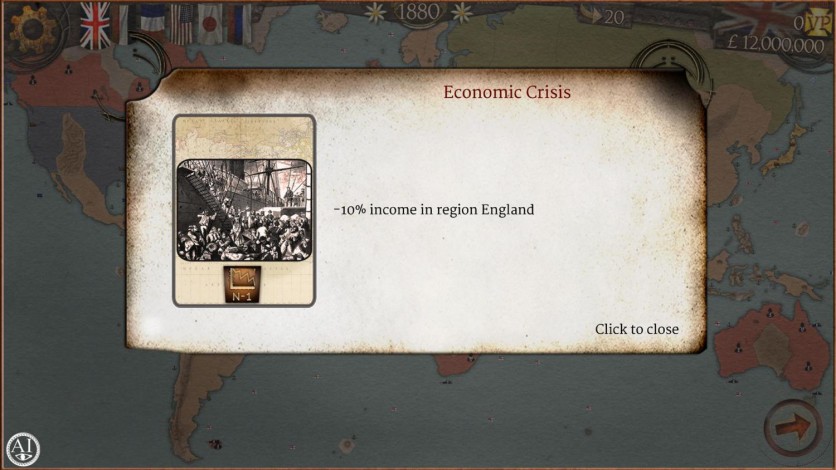 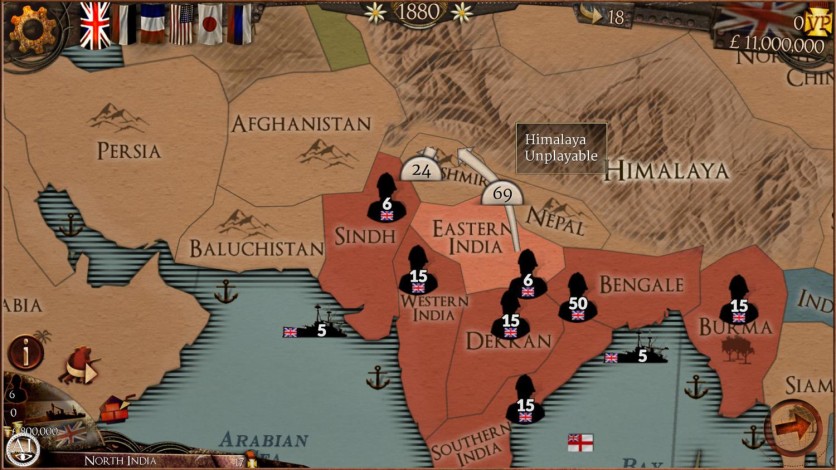 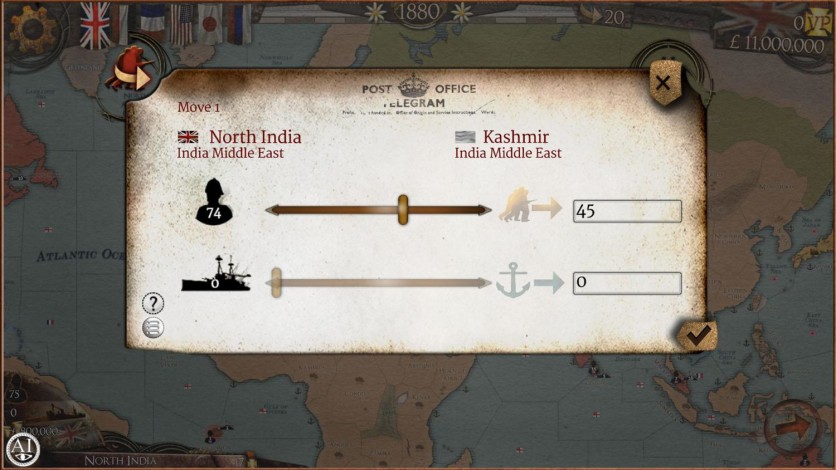 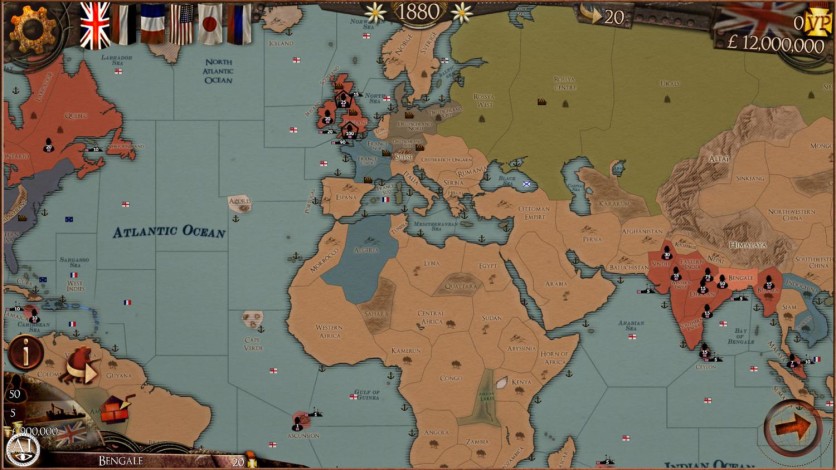 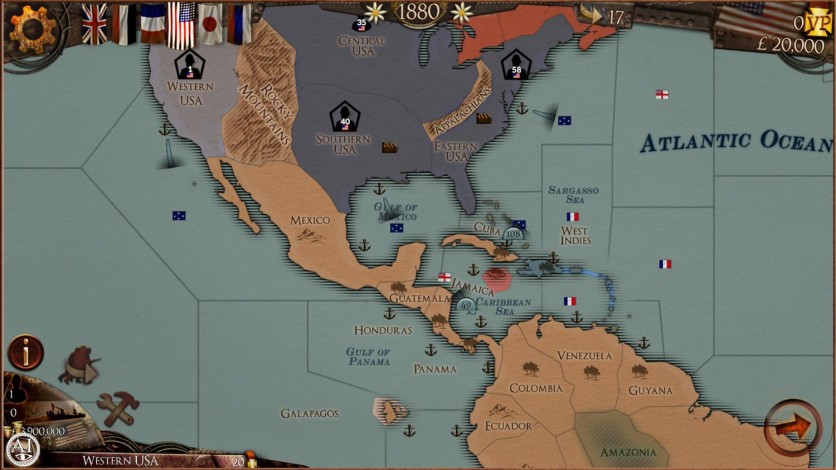 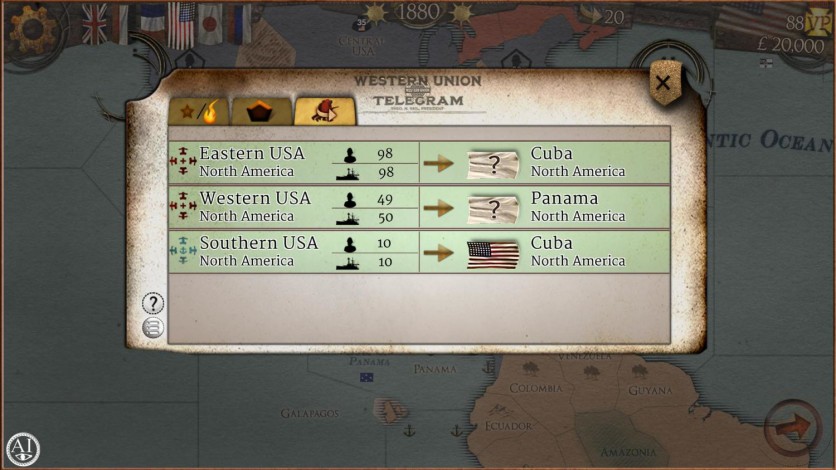 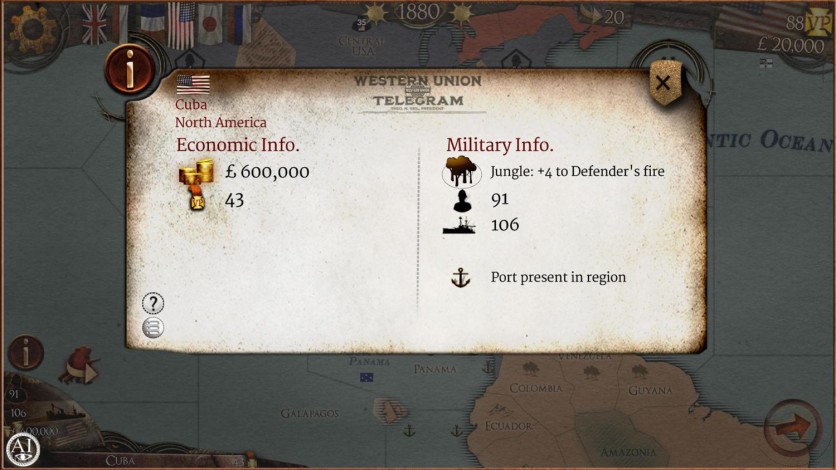 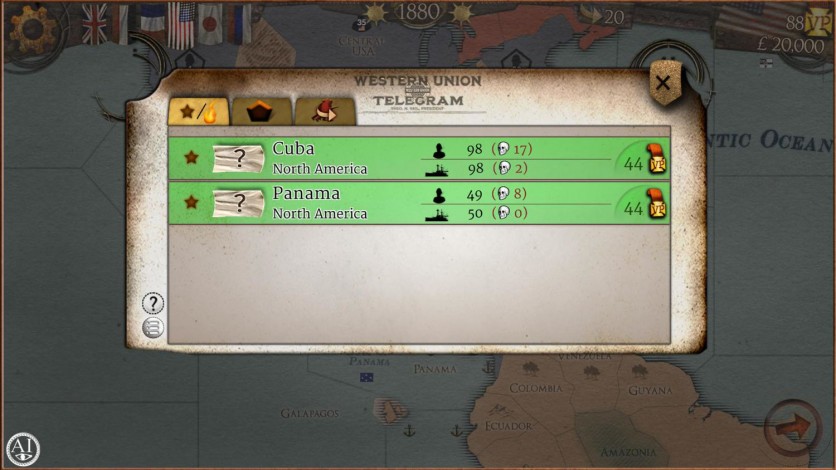 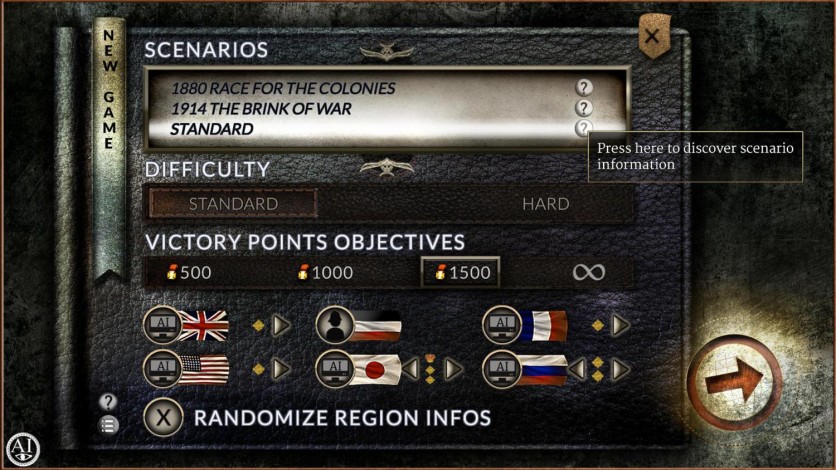 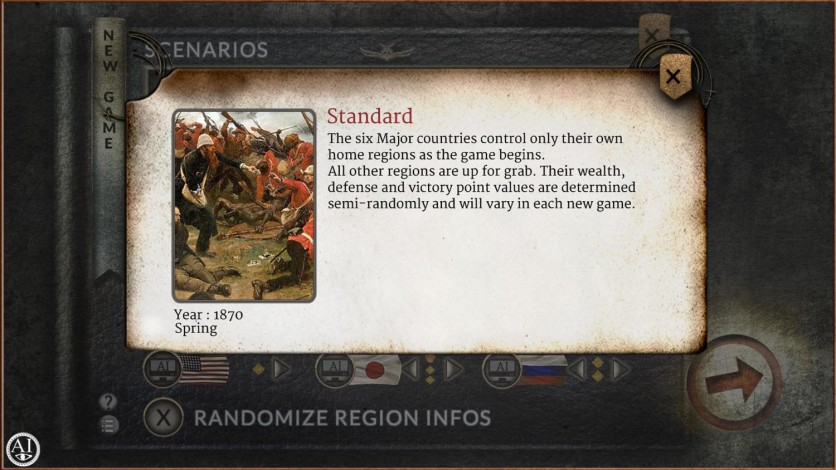 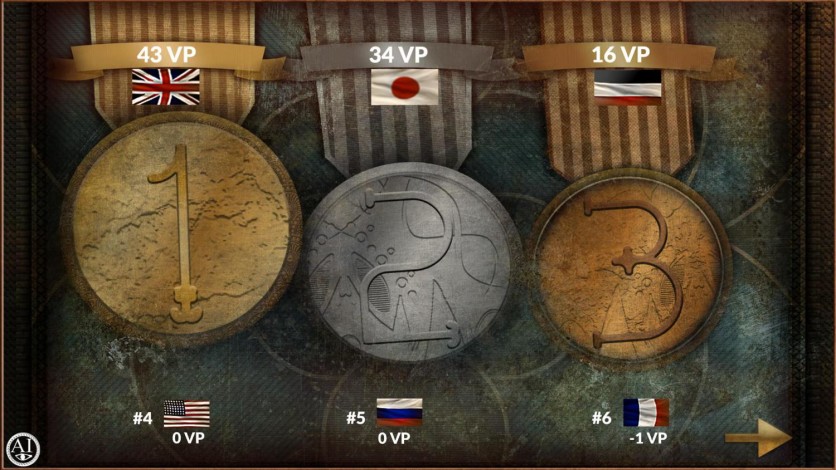 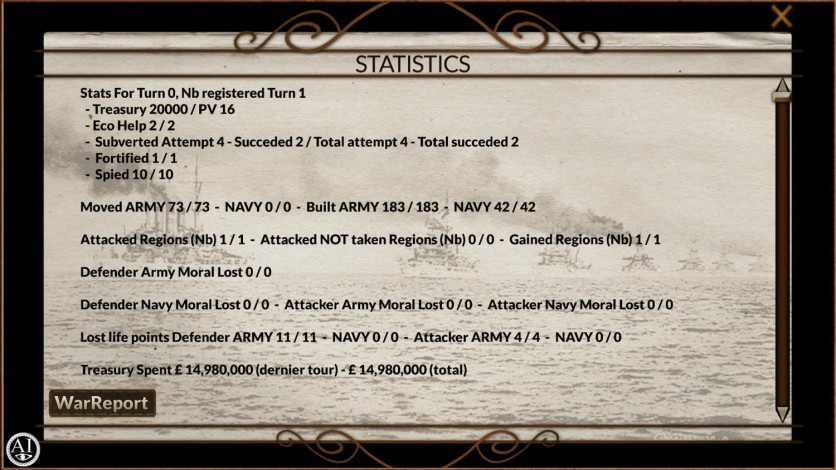 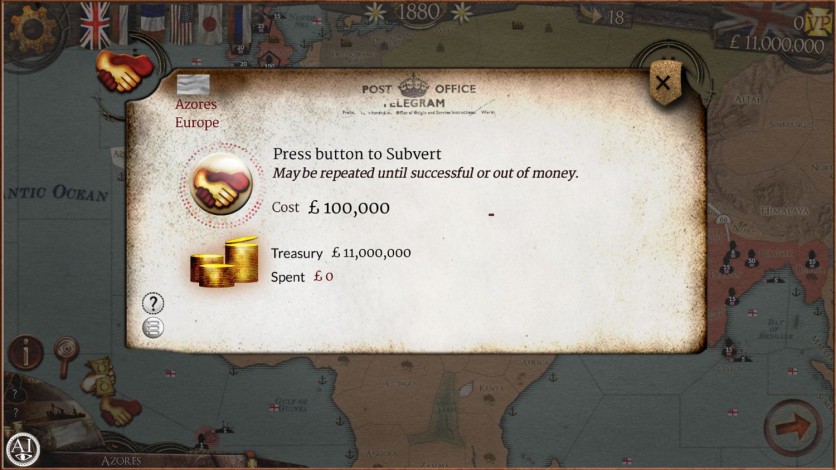 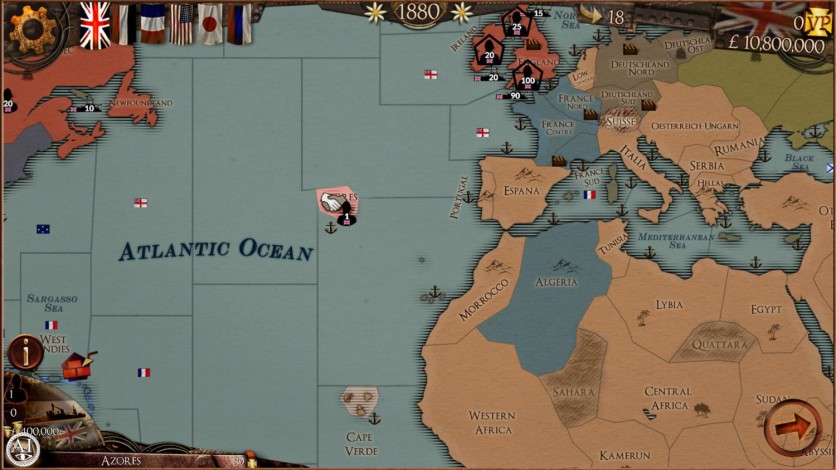 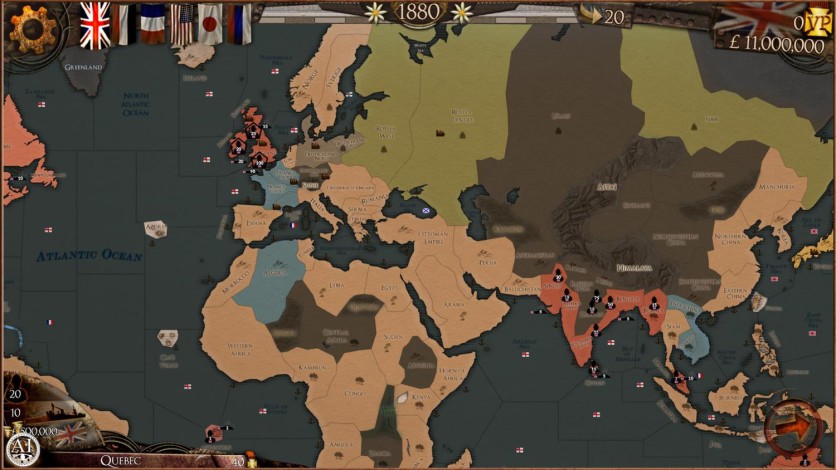 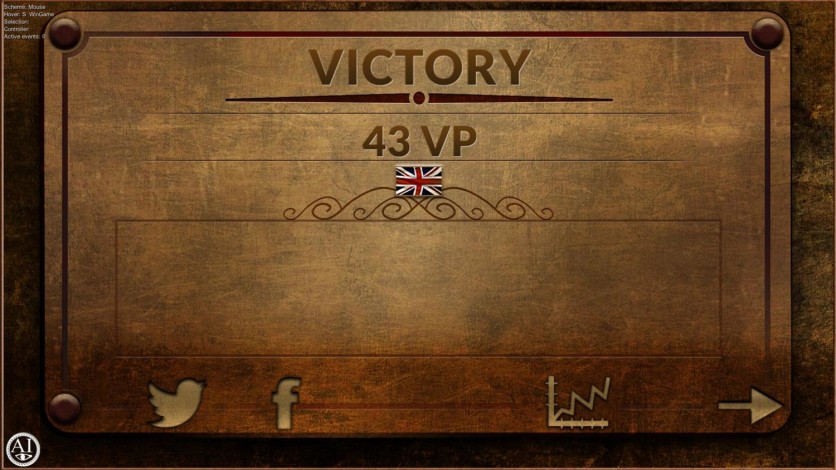 The object of the game is to become the dominant major power throughout the world. Players can be one among six of the great powers of the time: Great Britain, Germany, France, USA, Japan or Russia.
You win by either scoring the most Victory Points (VPs) or being the first to reach a certain preset VP threshold, depending on scenario and custom choices in the main menu. To do so, you must capture regions over the world, and defeat your enemies in battle.

The world has about 130 regions open to conquest. The regions have variable income and VP values (set randomly in the Standard scenario) and unknown until conquered or spied upon. Each region not owned by a Major Power usually has an independent Minor country owning and defending it.

Each Major country is controlled by a human player or the computer, or is designated neutral and then acts as a Minor country.
Hotseat play is possible, with an option to limit to 4.00 minutes the playing time per player.
Each game turn represents roughly one season.
Game lasts till victory conditions are achieved.

Scenarios: game offers 3 scenarios: one starting in the year 1880 with an historical setting, one in 1914 with historical positions, and an open ca-1870 standard where nation only own their starting home territories (free-for-all non-historical)