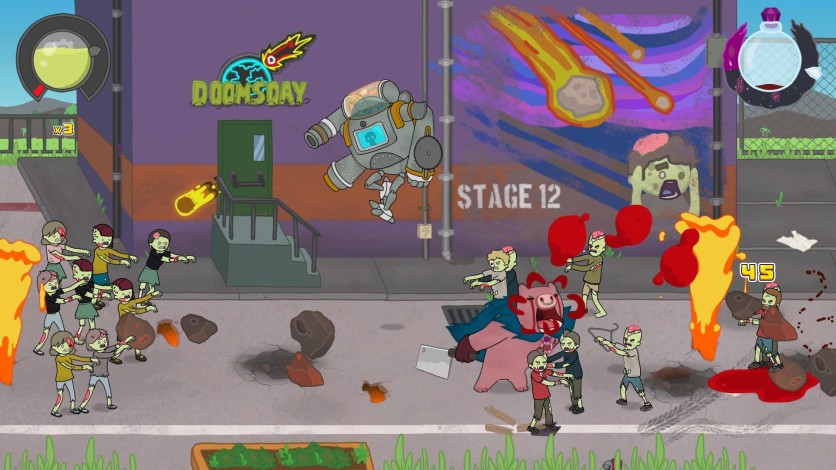 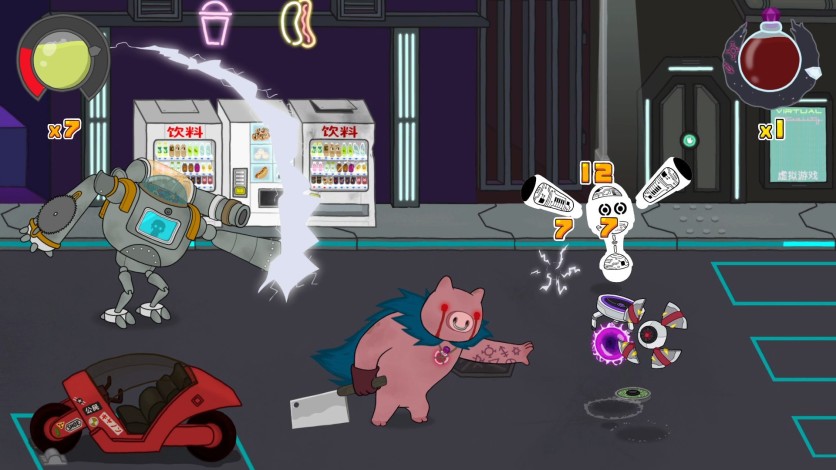 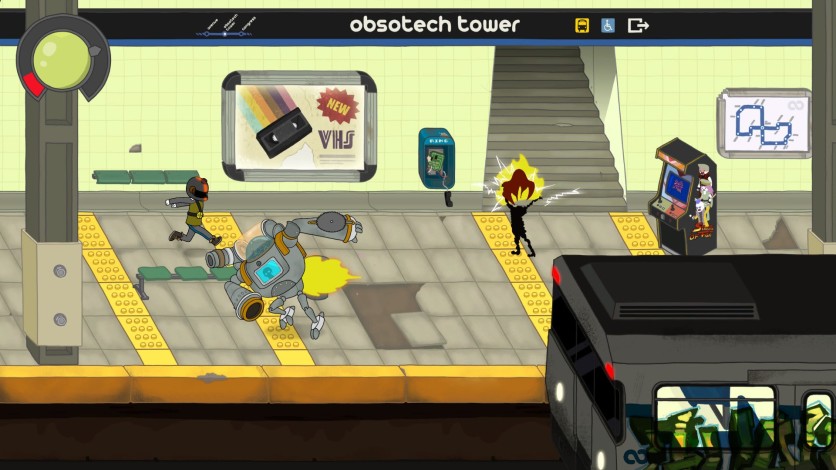 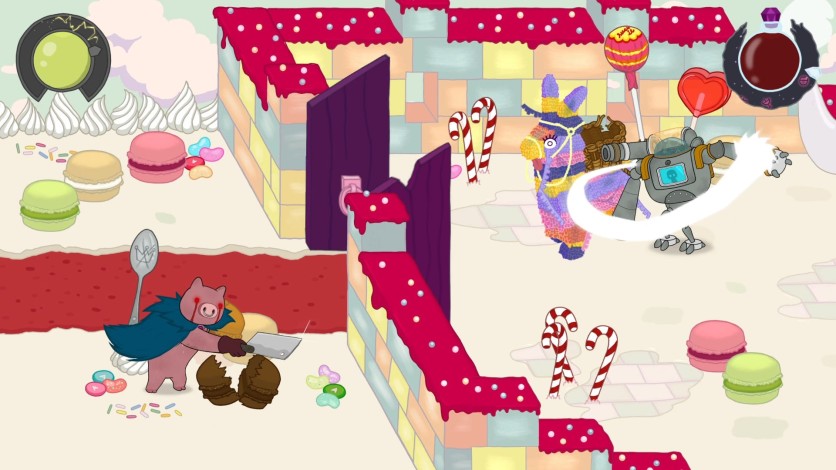 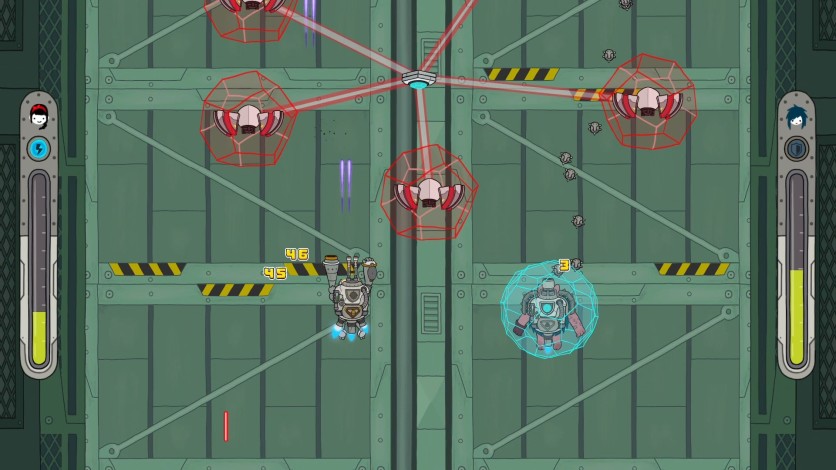 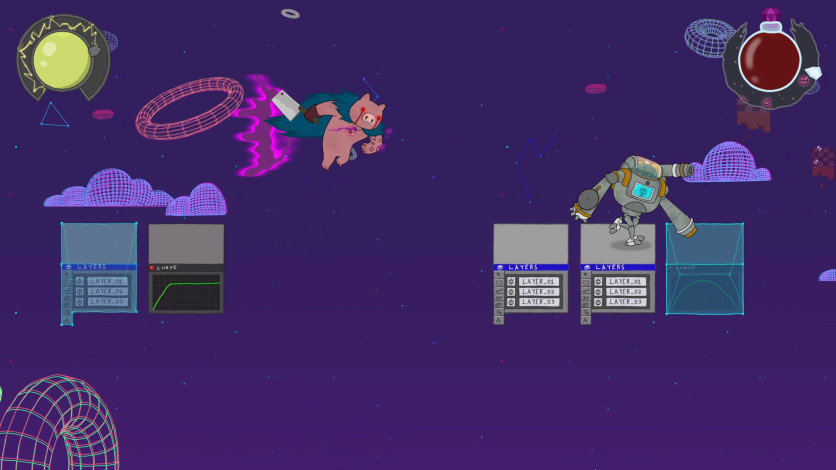 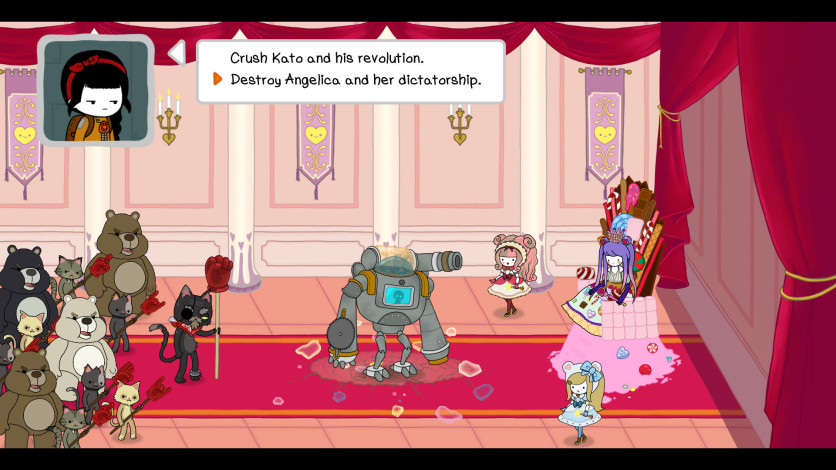 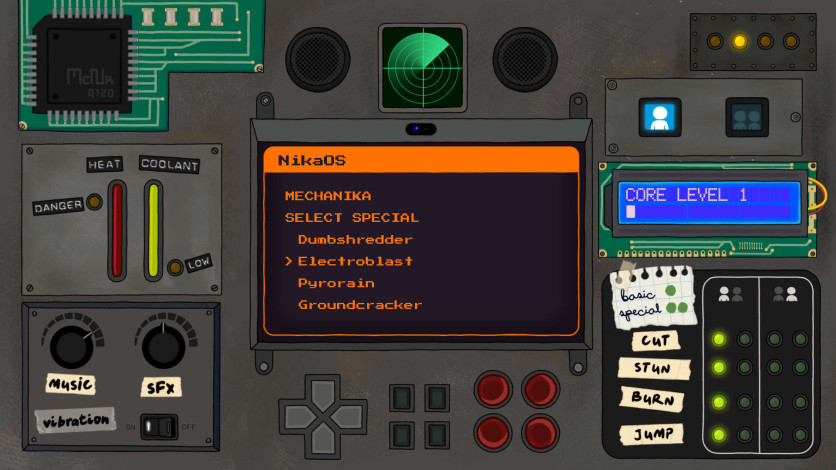 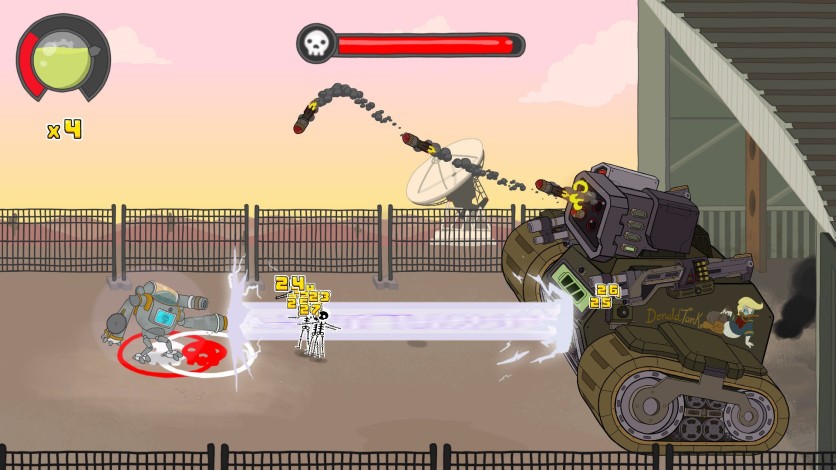 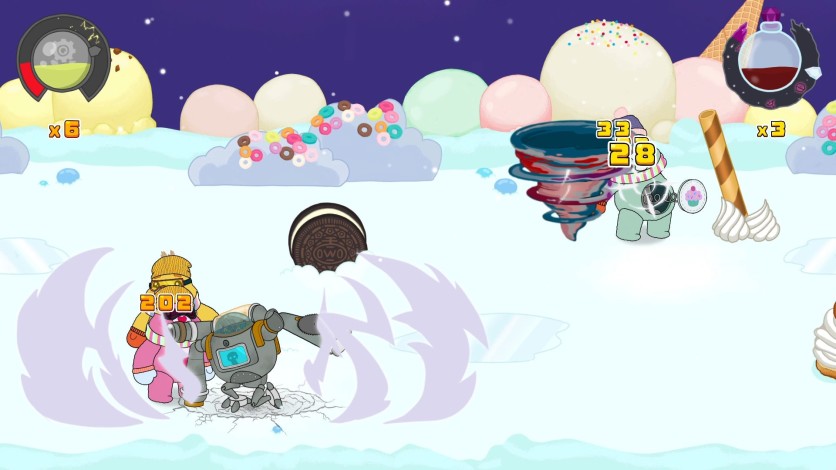 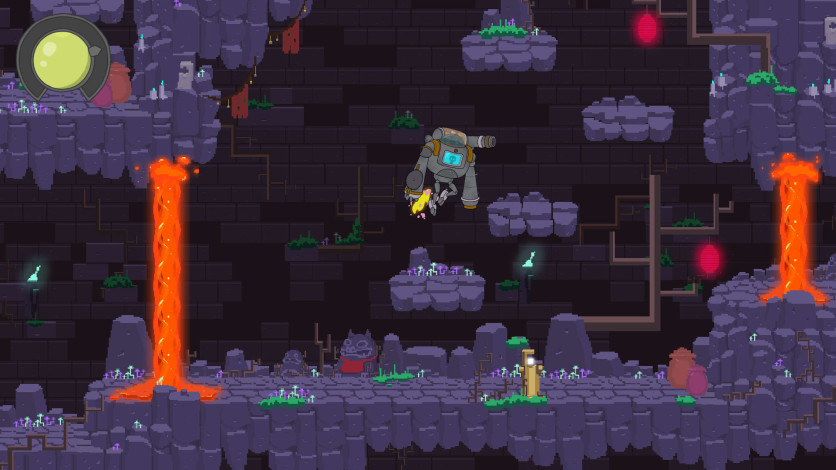 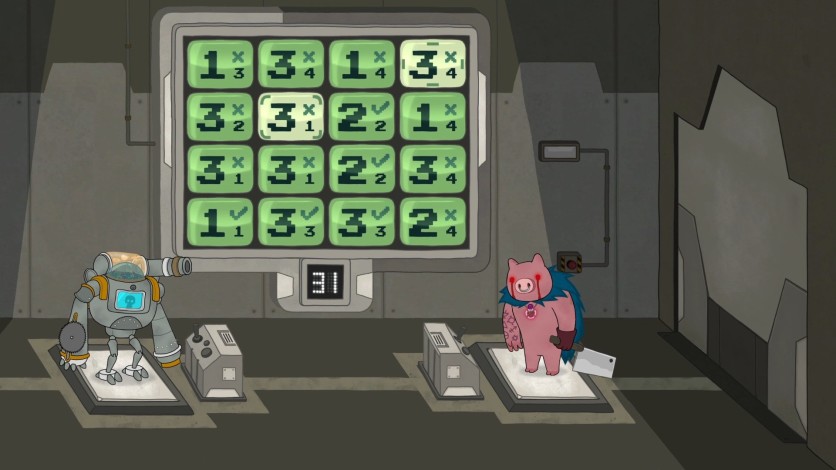 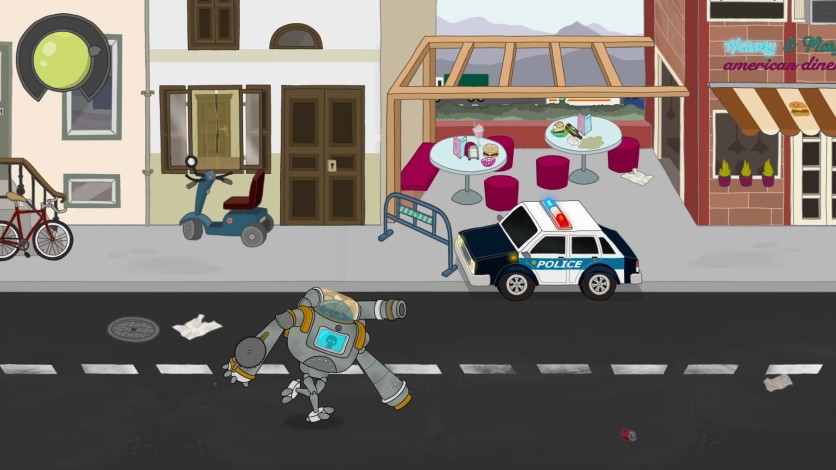 Nika has just finished the first phase of her plan to destroy everything that isn't cool: the construction of a combat mecha called MechaNika. There's no time to lose, so join forces with her, get your hands on MechaNika's controls and demolish the entire planet. You have to put an end to history books, planned obsolescence, kitschy dresses, never-ending sagas of boring video games and pea soup.

And if there's someone in the world that hates vegetables more than Nika, it's her friend Agatha, the insomniac butcher and prophetess of Carnivorism that loves animals and their succulent meat in equal measure. That's why, when she learns of the objectives of Nika's plan, she doesn't hesitate to join the mission of destruction alongside the Great Bleeding Pig, god of Carnivorism, to subdue any grass-eating, non-believers that get in the way.

But watch out, because along the way you'll realise that Nika and Agatha are not the only ones that have a plan to change the world, and not everything's as simple as it might have seemed at the start. You'll have to make some tough and irreversible decisions to achieve your objectives, or renounce them.