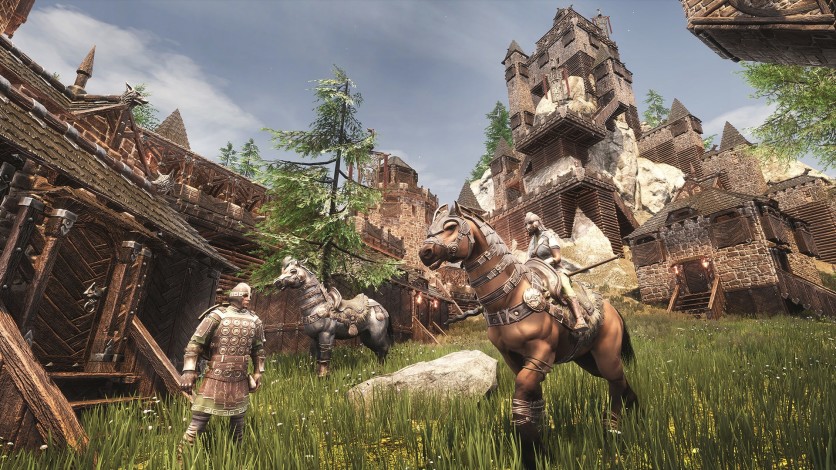 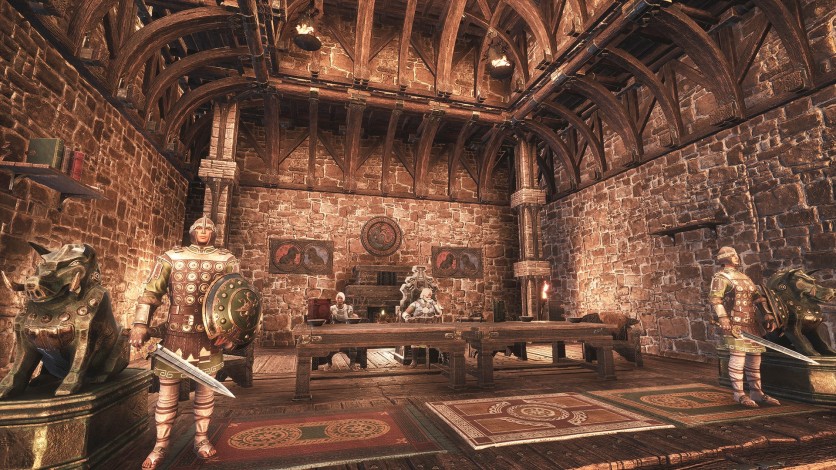 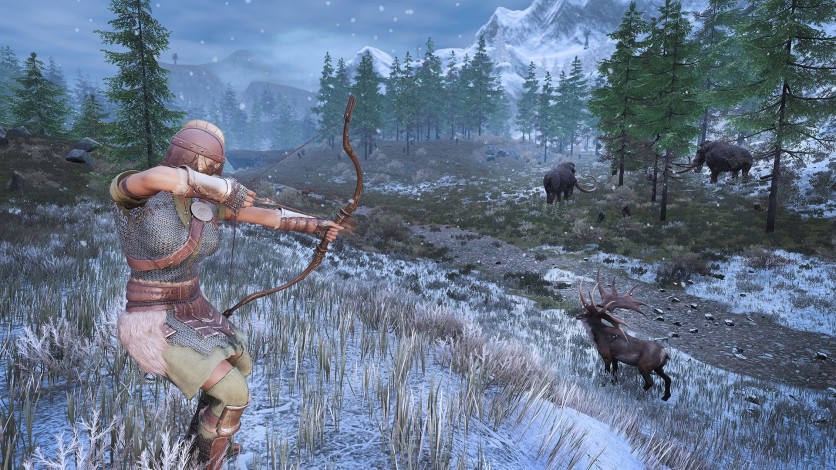 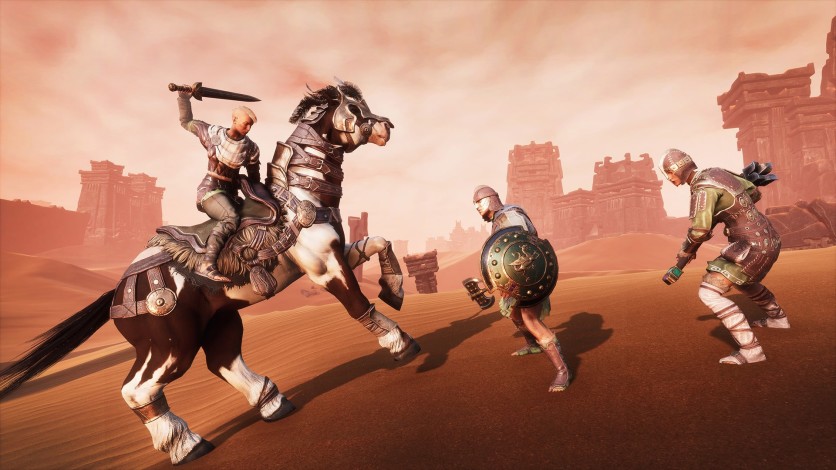 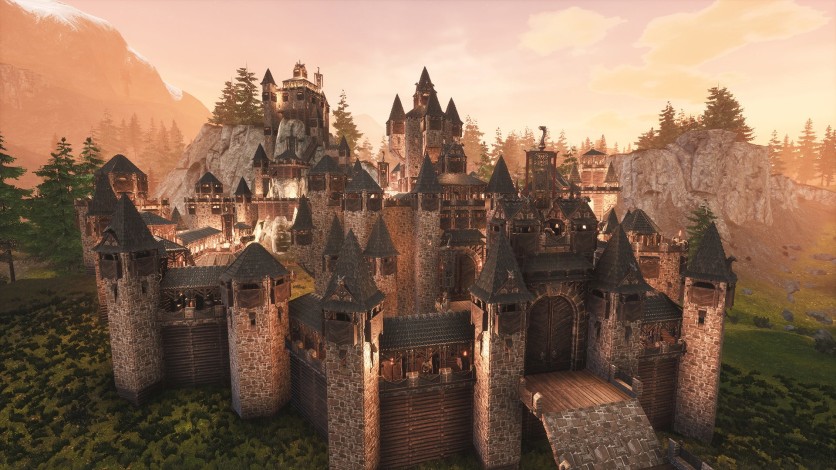 Build mighty castles and towering fortresses with the People of the Dragon Pack. Enjoy its exclusive medieval style with several brand-new building pieces, such as tall spires, a new type of fortified window and a sloped roof with window.

The building pieces, armors, weapons, placeables and horse saddles of this pack are from the powerful kingdom of Nemedia. In the deep forests and tall mountains just to the east of Aquilonia, unyielding Nemedian castles dominate the landscape, and now you can build your very own in the Exiled Lands!

Decorate your castle with striking vaulted ceilings, a wide selection of carpets, beautiful reliefs, a cozy fireplace, beautiful books, figurines, a stunning boar statue or the mighty banner of the dragon.

All the new content in People of the Dragon Pack is exclusive to this DLC and adds a host of new visual options but does not give any in-game advantage in power. All the new items have comparable stats to existing items.