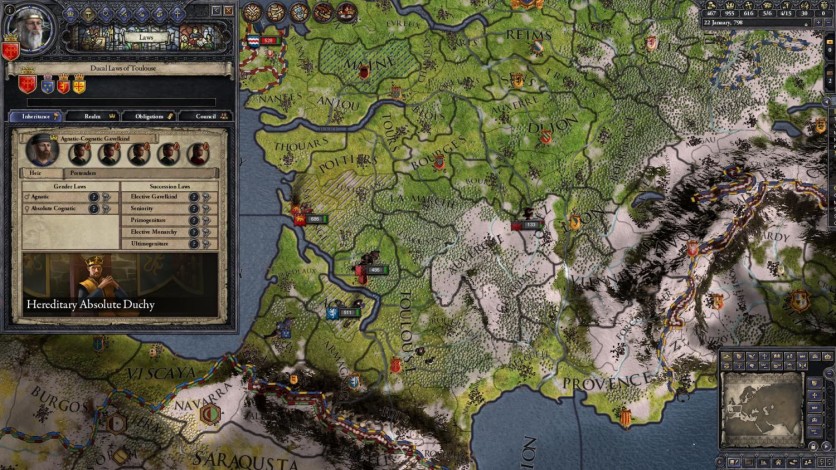 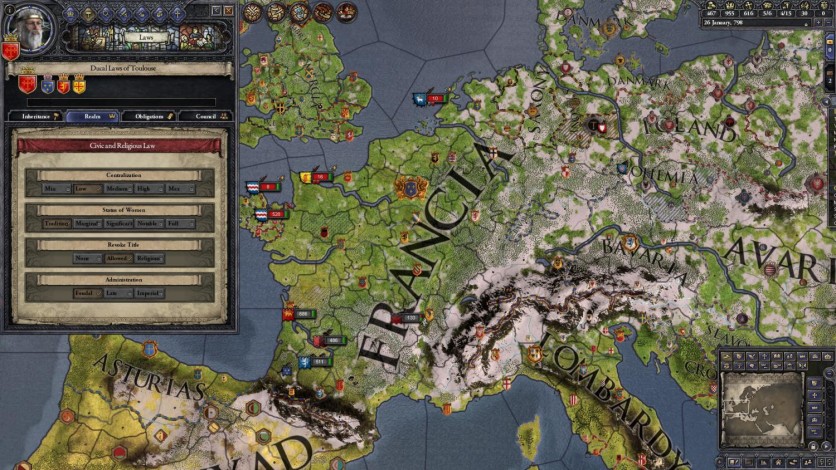 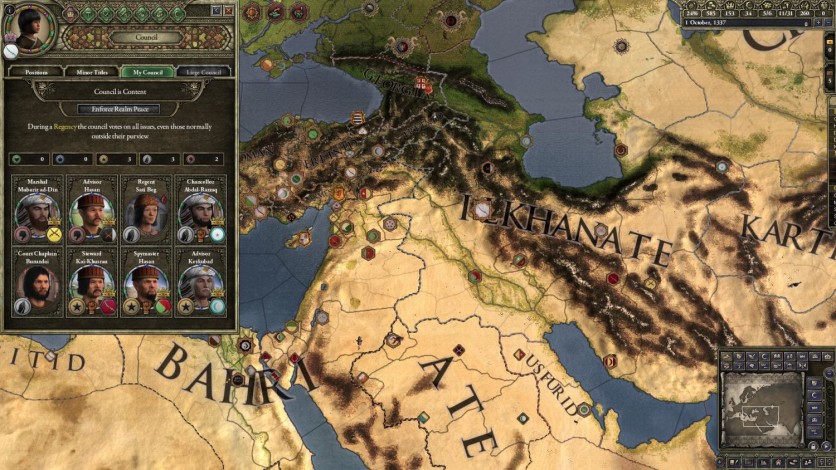 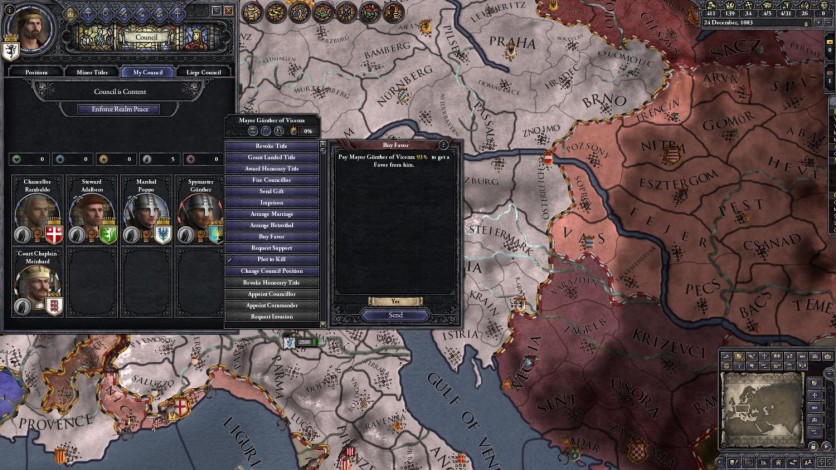 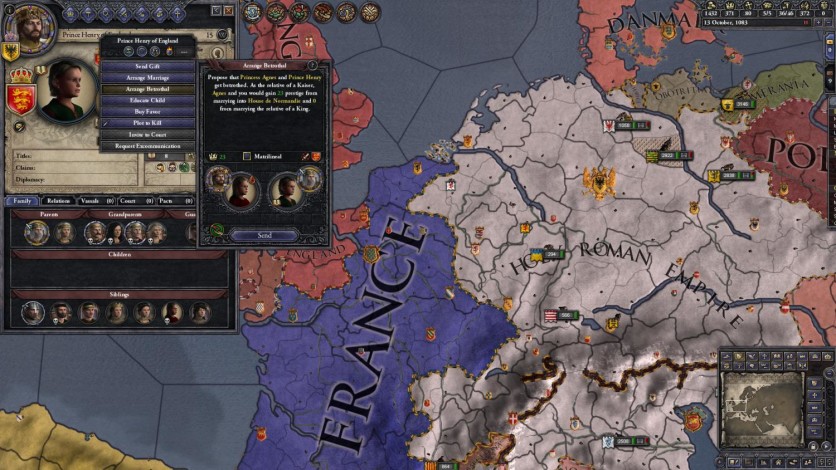 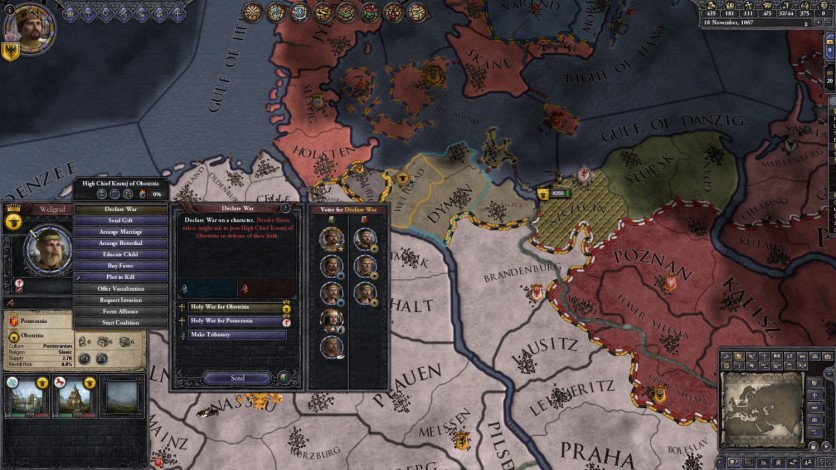 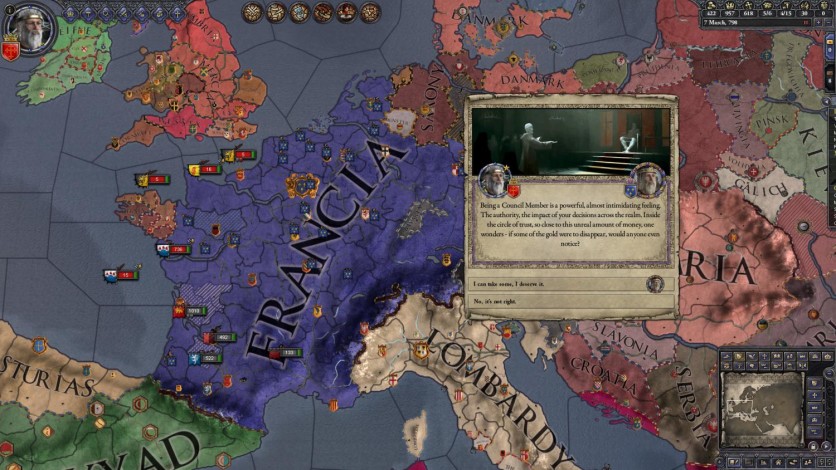 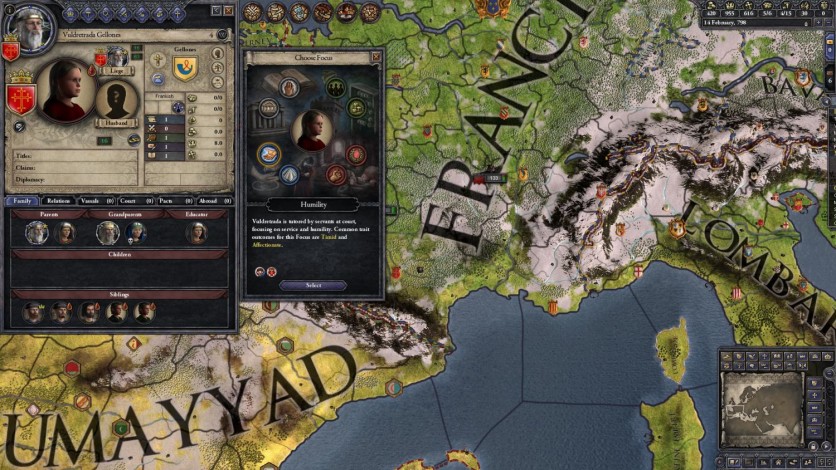 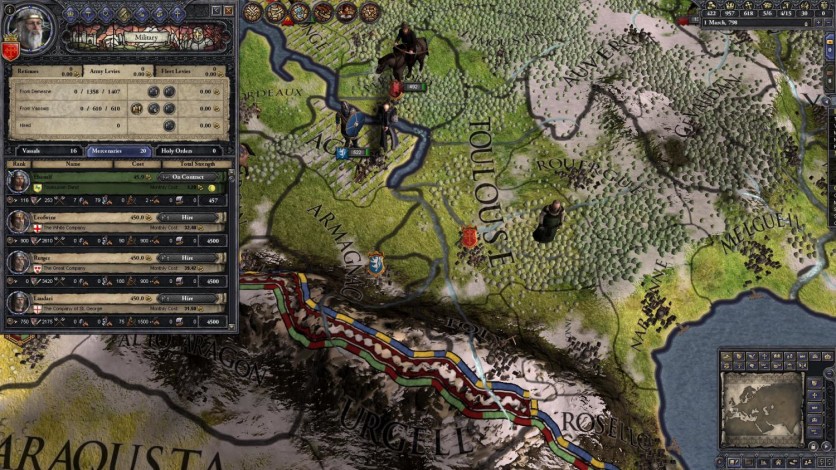 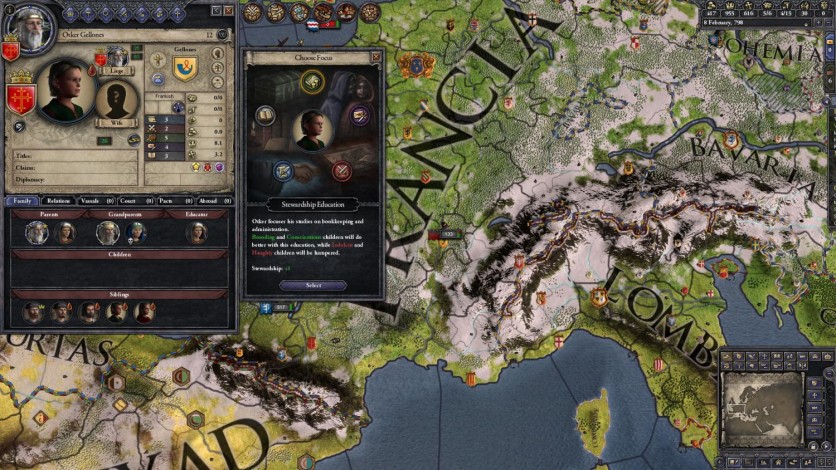 Conclave, the latest major expansion for Crusader Kings II, will give your vassals some bite to go along with your bark, as the council that governs your realm will now demand some say in how you rule. Powerful dukes, regardless of competence, will require a seat at the table, and those left on the outside will be more likely to plot against you. Keep your council happy, and the mighty vassals will resist the pull of faction and civil war. Dismiss their interests, though, and you may find yourself trying to hold together a council at war with itself. Balance councilor skill and power to keep your dynasty safe and strong. Ignore powerful underlings at your peril, or simply buy their loyalty with favors. Conclave makes the royal council a force unto itself.