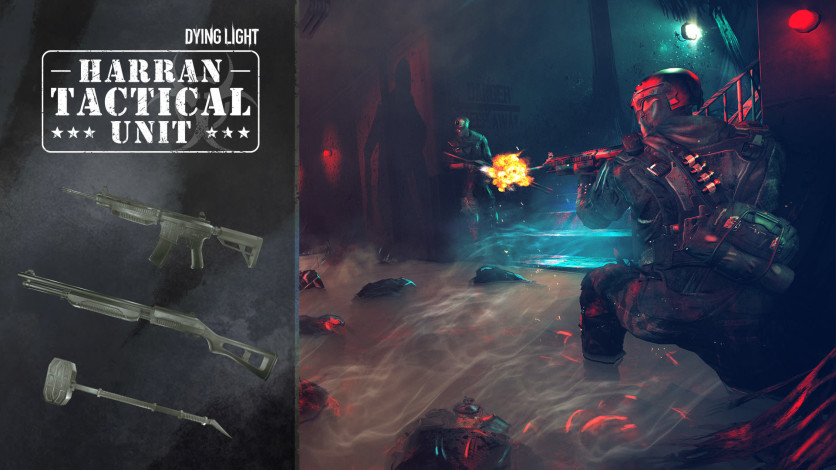 Join the Harran Tactical Unit with this new bundle and help your team members pacify the zombie situation!

Here, only the best will make it. Become a part of an elite police unit and investigate the dangers lurking in Harran. Form a team with your friends to make sure you’re covered!

The zombies refuse to give up; in fact, their numbers are rising as we speak. With the situation in Harran getting worse by the hour, we’re left with no other choice but to send a Harran Tactical Unit into the city. Become one of these elite officers and give the infected a taste of what happens when professionals enter the scene. Which you’ll do at roaring speed in your new buggy, the Four-Wheeler. By the time zombies see your lights flashing, it will be too late for them to retreat. Clear your way with a special HTU hammer that’ll send your enemies flying with its permanent hypermode effect. Then, open fire before they rally and pick them off with your new rifle or shotgun. Do whatever’s necessary, but remember: the operation must not fail.

DYING LIGHT & DYING LIGHT: THE FOLLOWING © Techland 2021. Published by Techland. All other trademarks and copyrights are the property of their respective owners.