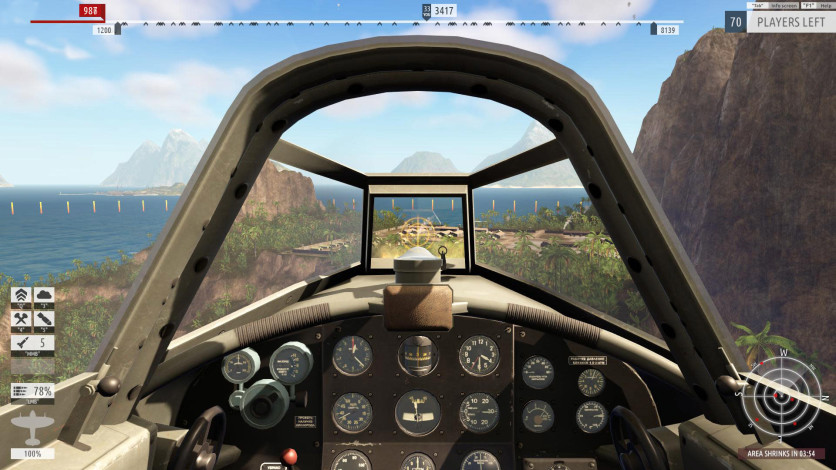 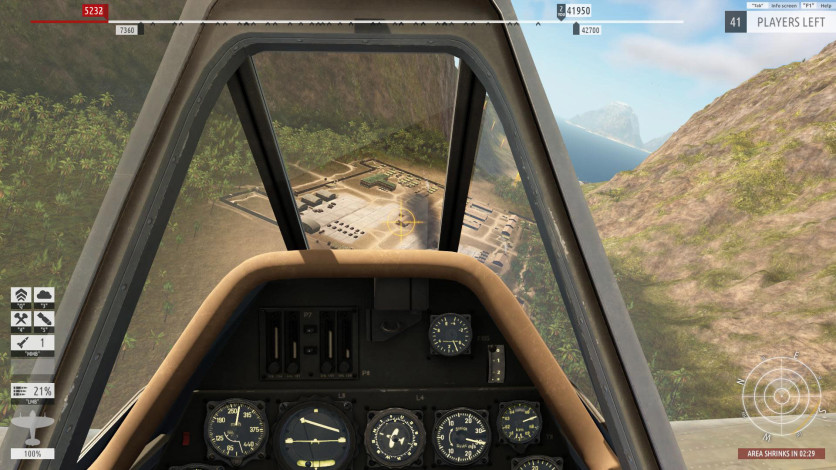 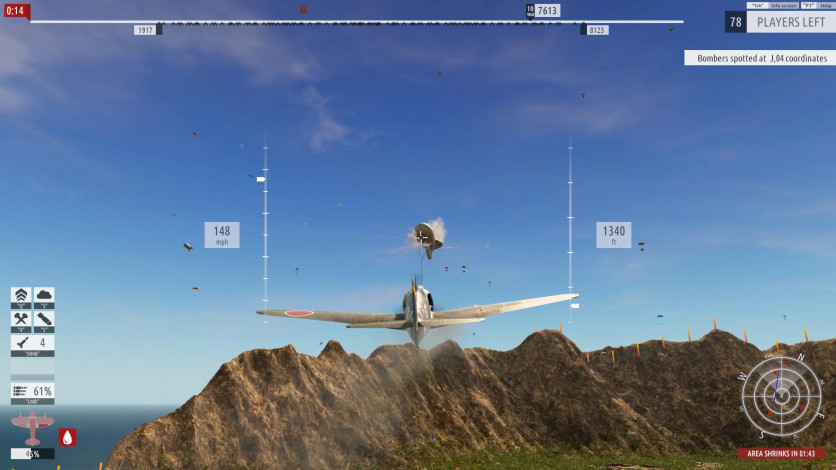 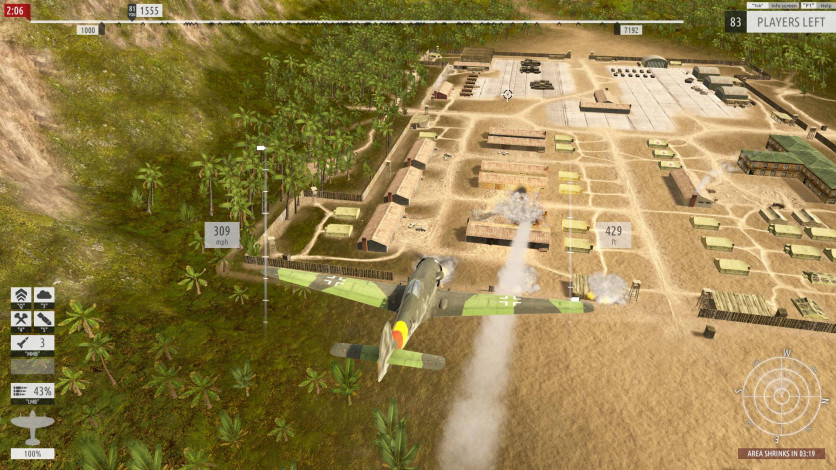 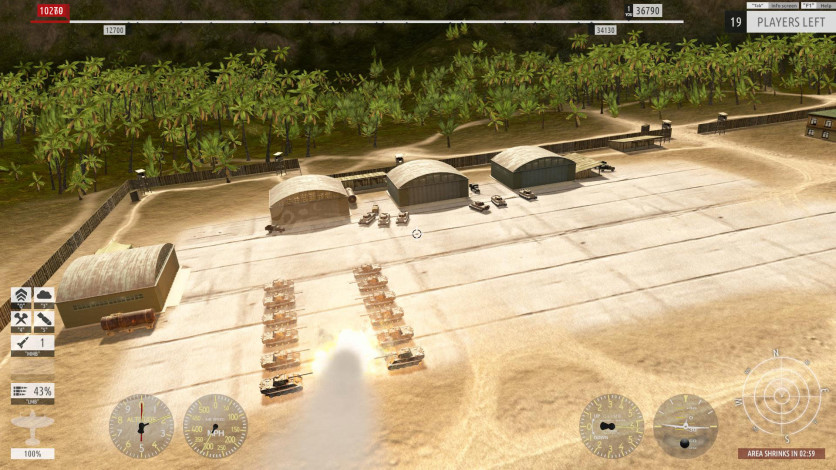 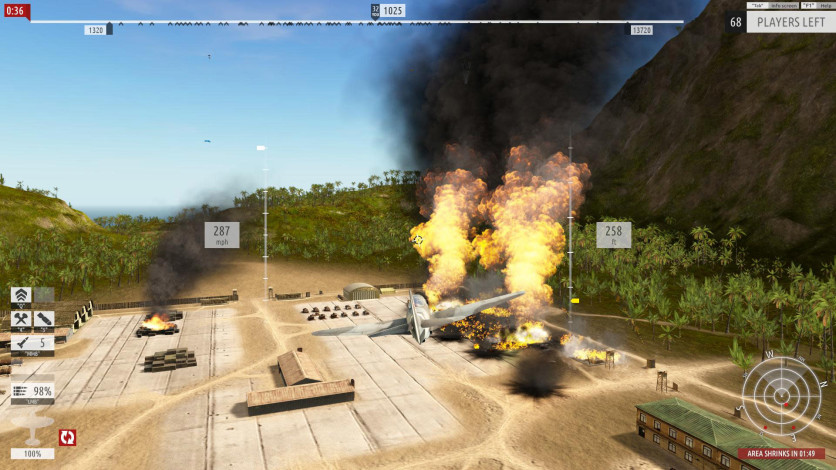 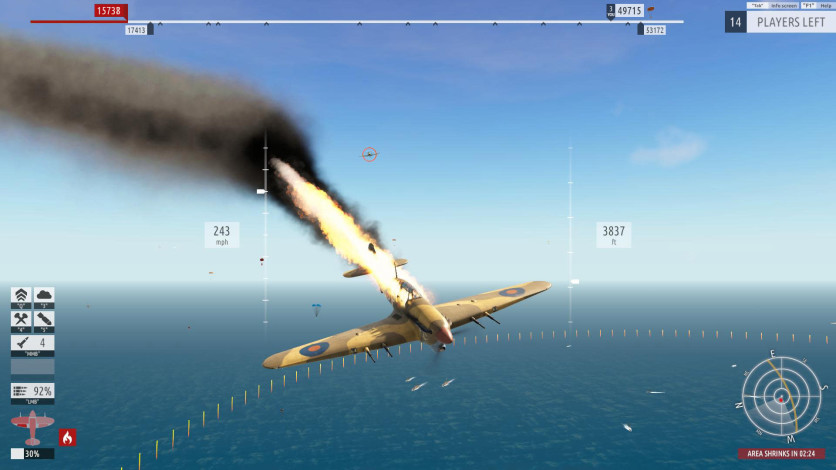 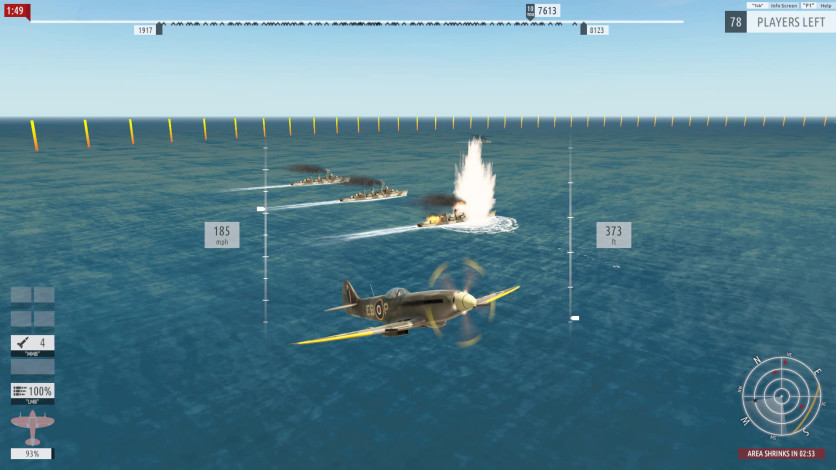 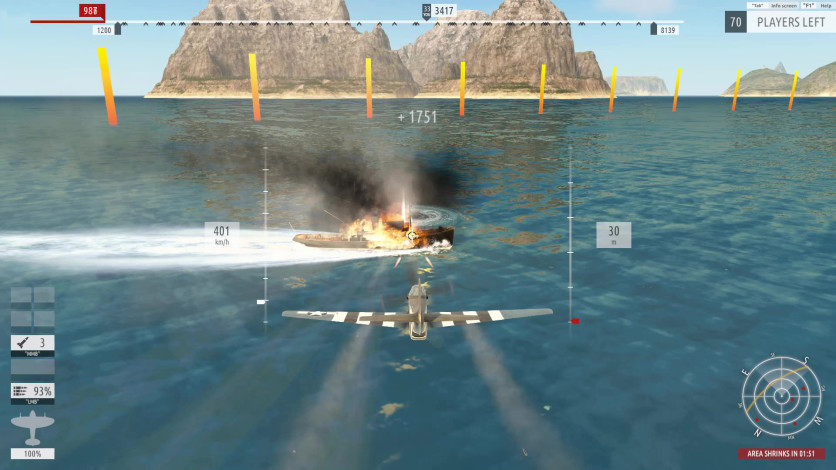 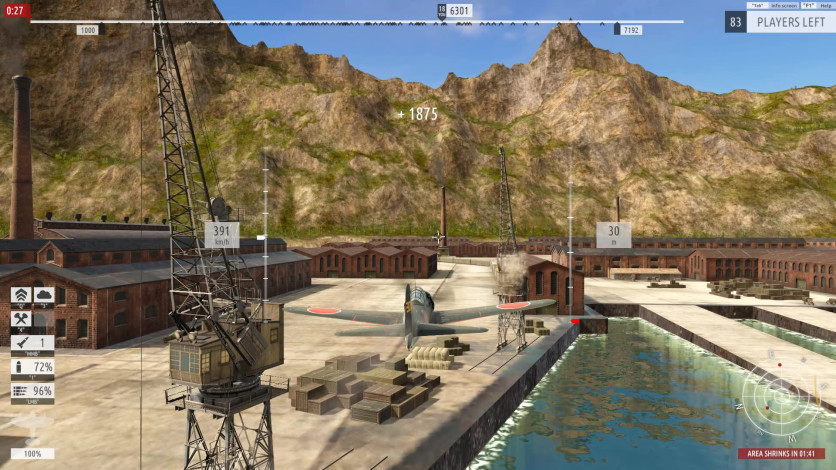 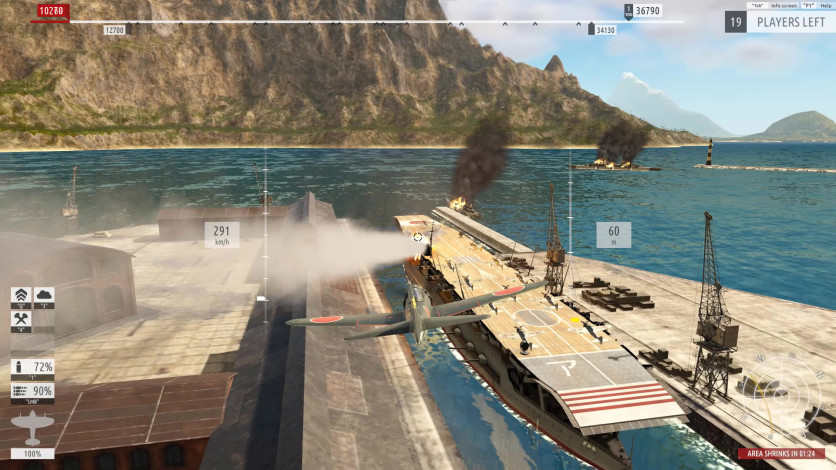 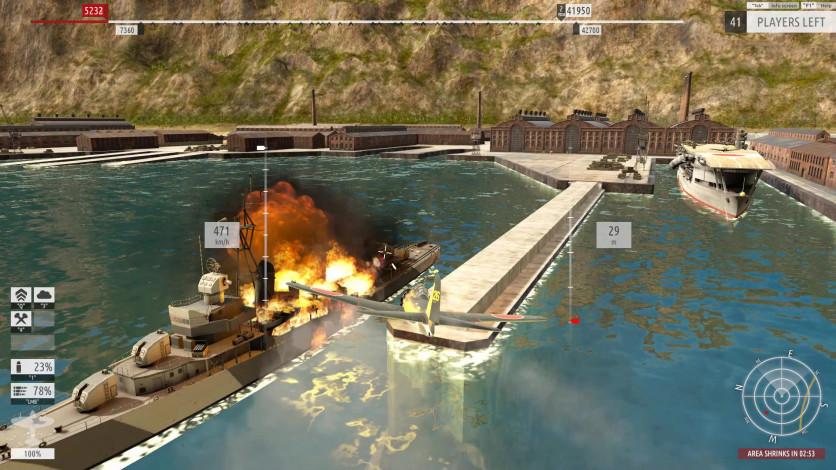 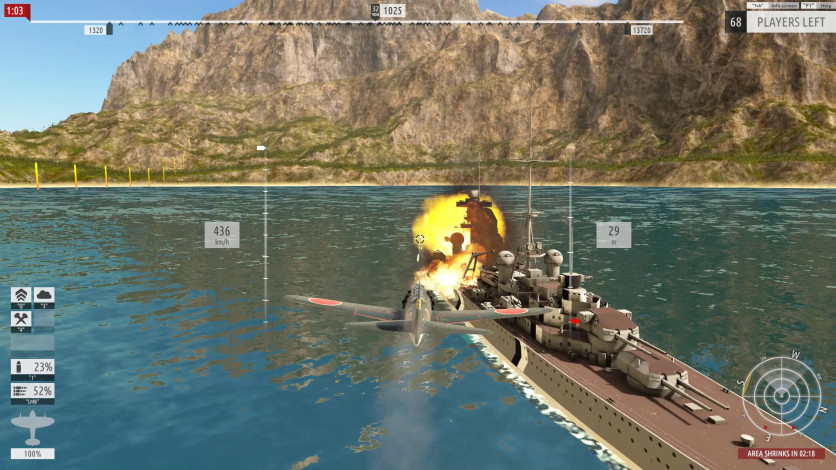 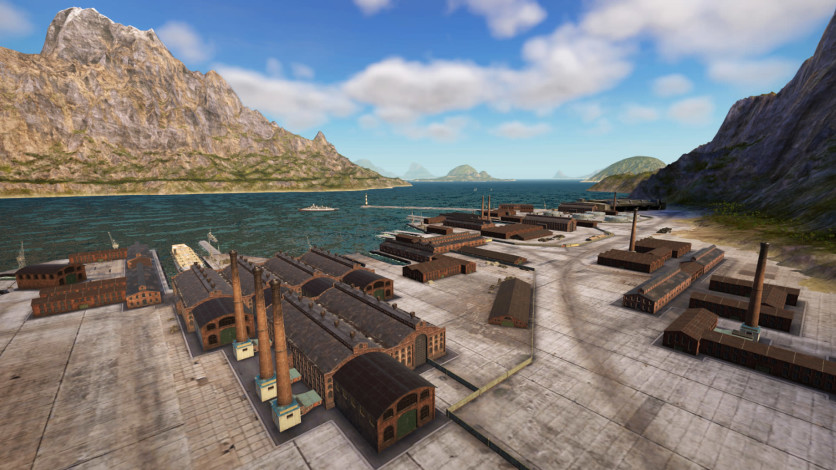 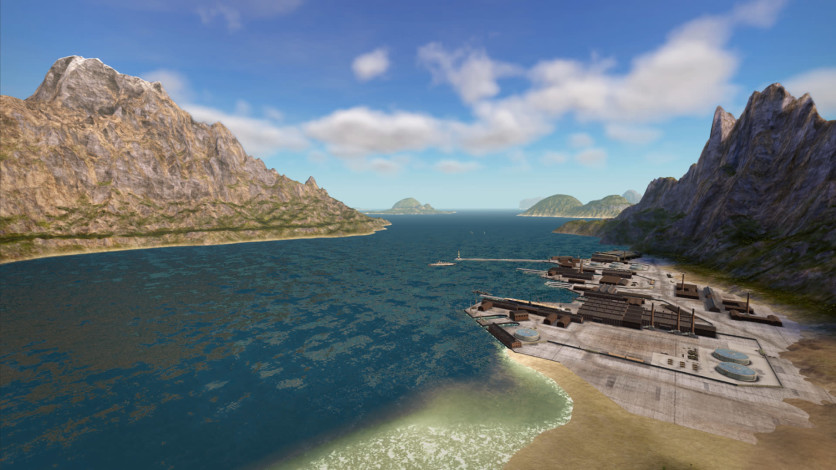 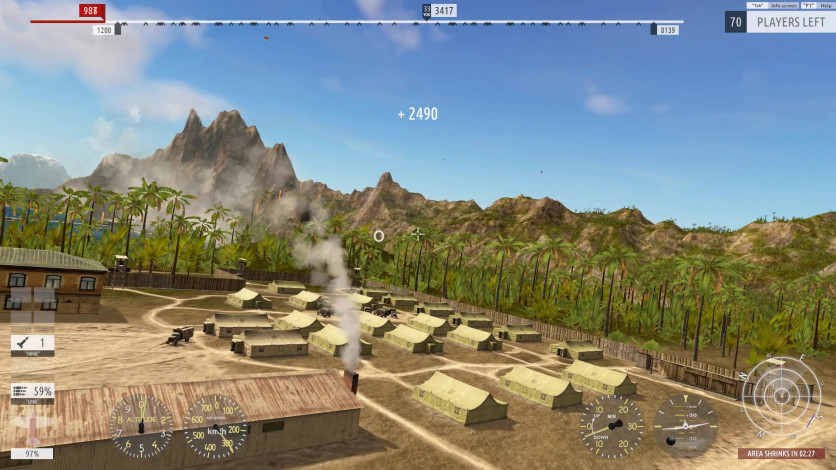 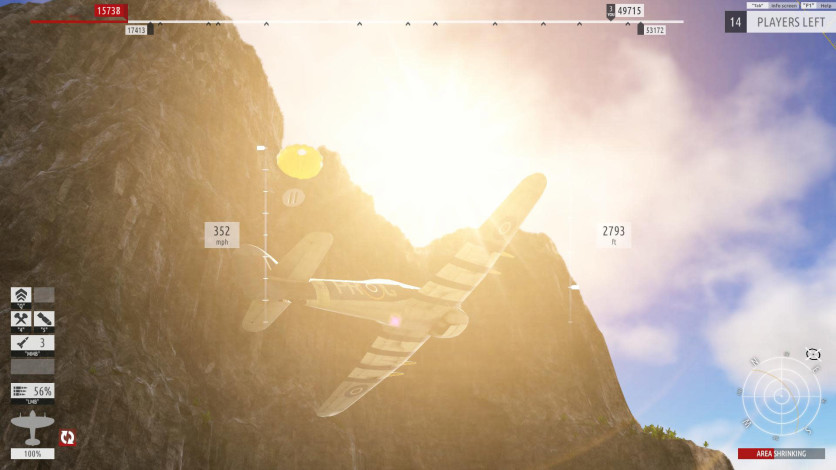 FIGHTER ROYALE – LAST ACE FLYING is an arena style, air combat game of WWII dogfighting. You and up to 100 other players compete for supremacy in an expansive, 50 km world filled with opportunities to upgrade your plane and weapons, and tangle with other pilots. As the game progresses, the air combat space slowly shrinks, forcing players into close proximity and resulting in wild and unpredictable dogfights until eventually only one pilot remains: The Last Ace Flying!

The stage for this bogie wonderland is a South Pacific themed island chain, filled with volcanoes, narrow canyons, steep cliffs, military installations and an armada at sea gunning for you is designed to increase the intensity of the dogfights. Maximize your points total by taking out a bomber sortie or torpedoing an enemy battleship- the game world is full of juicy air, ground and sea targets- but the real challenge will be the other player pilots, and the innovative shrinking combat space ensures that players can’t simply avoid conflict- as the combat zone gets smaller you must engage the enemy to survive.

This isn’t just a dogfight… this is Fighter Royale!