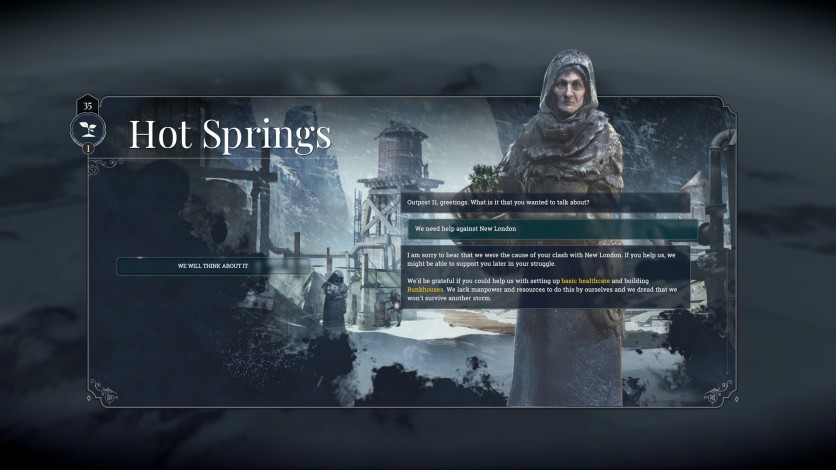 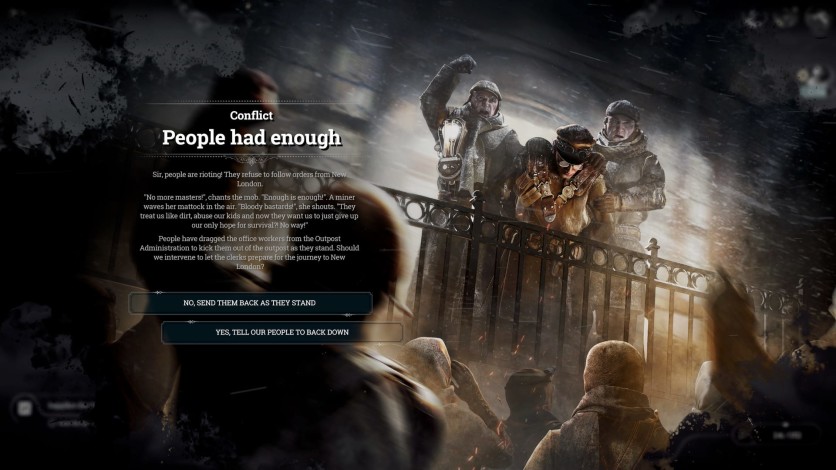 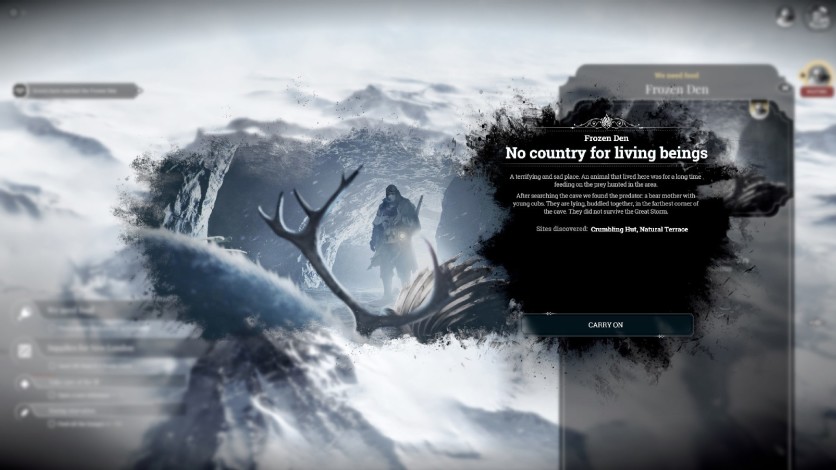 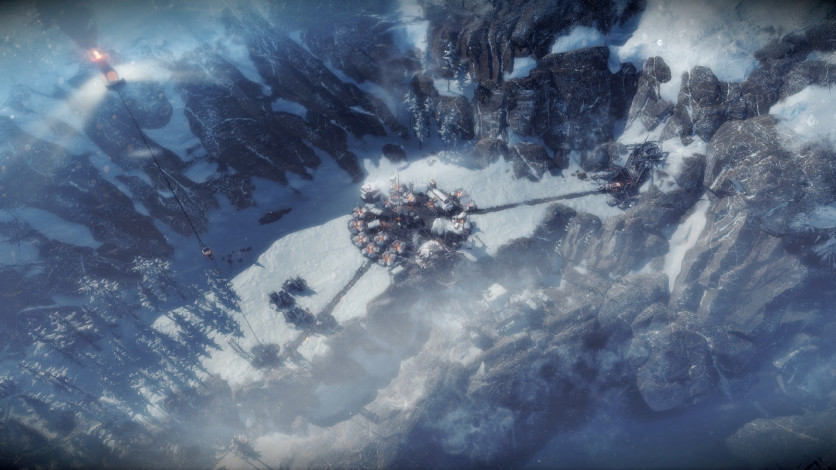 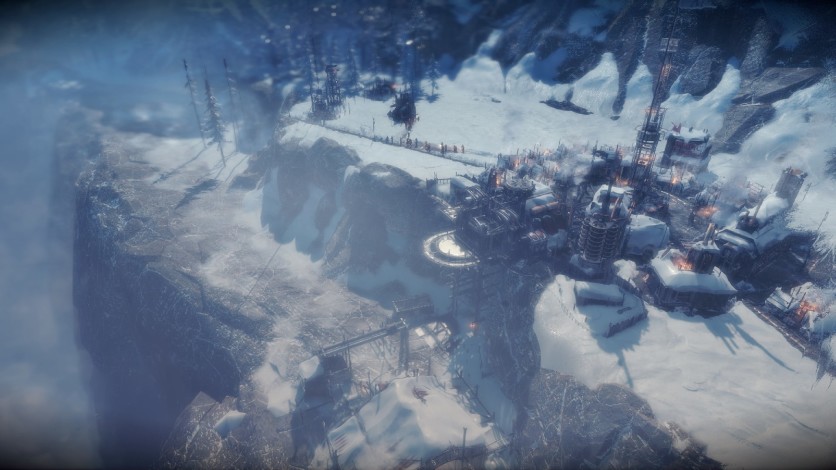 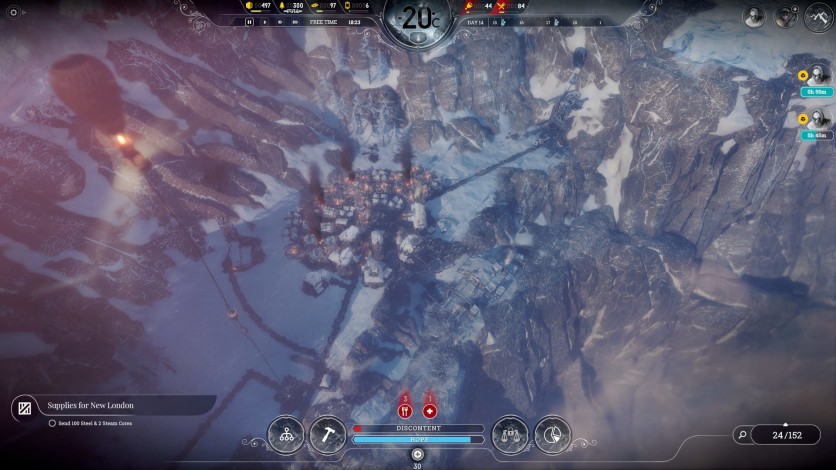 Assigned as the leader of a newly formed Outpost — settled near the Army Warehouse — you are kept on New London's leash and bound to transfer all your precious findings to the headquarters. At the same time, you have to rely on scarce food deliveries and laws enforced by your supervisor. It's a delicate balance to navigate — each decision introduces new risks and hardships. But as soon the alternate food source is discovered by your scouts, you can start to think about surviving on your own…

Snowy tides turn quickly on the Frostland. There are other Settlements out there willing to cooperate with you. Once you manage to gain their loyalty, designate trade routes between new allies, and regain control over your Book of Laws, then you can form a strong, independent union - and shake off New London's yoke.