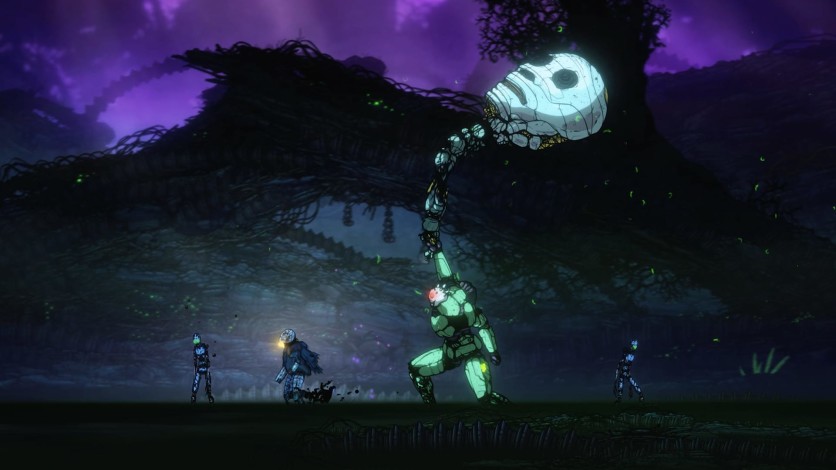 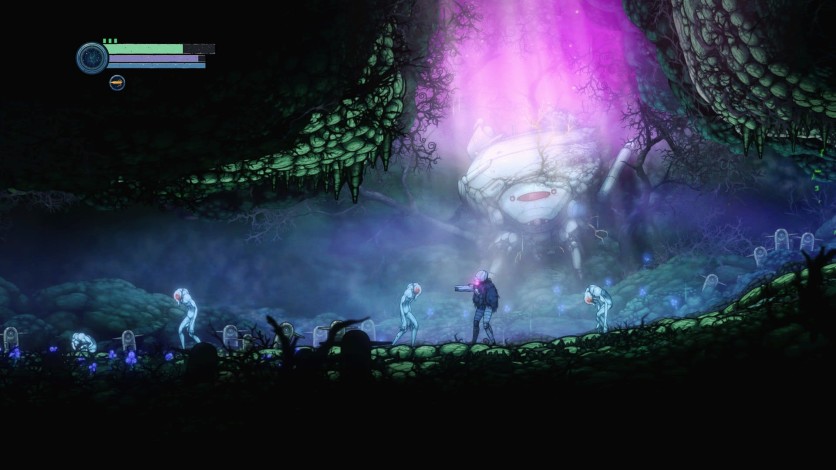 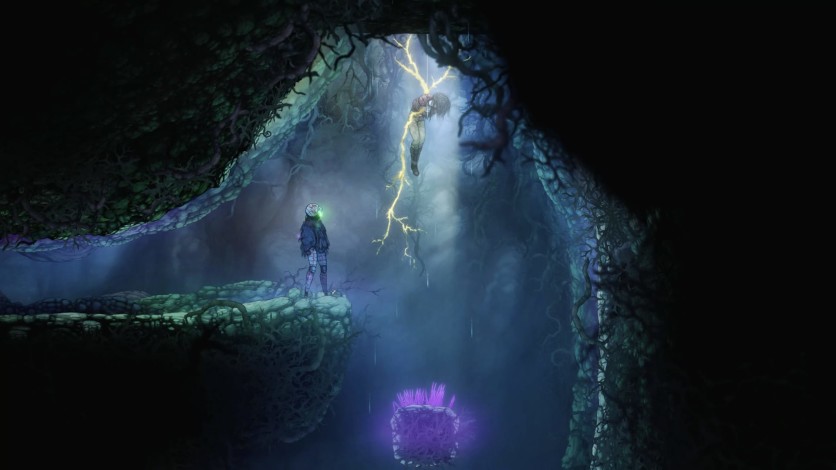 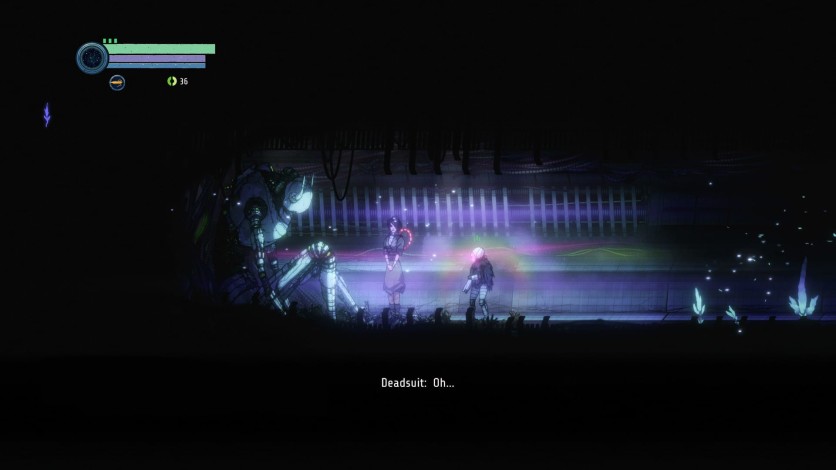 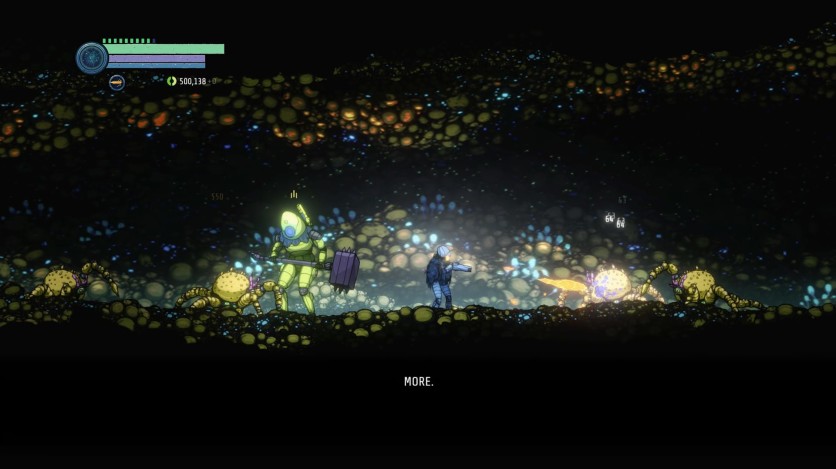 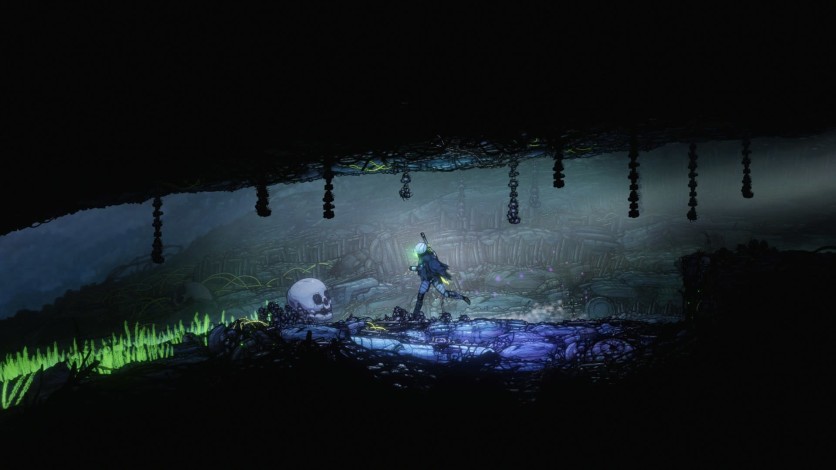 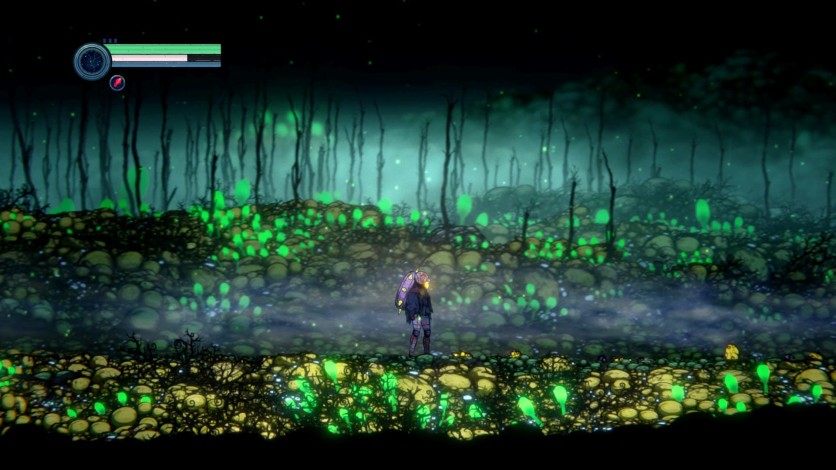 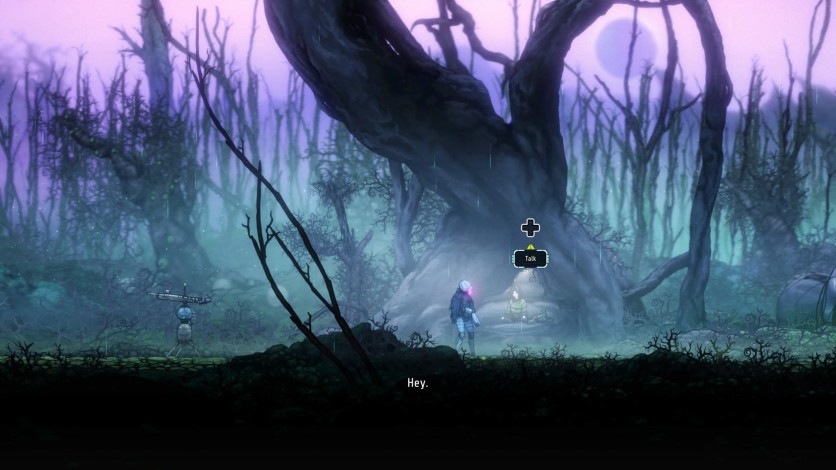 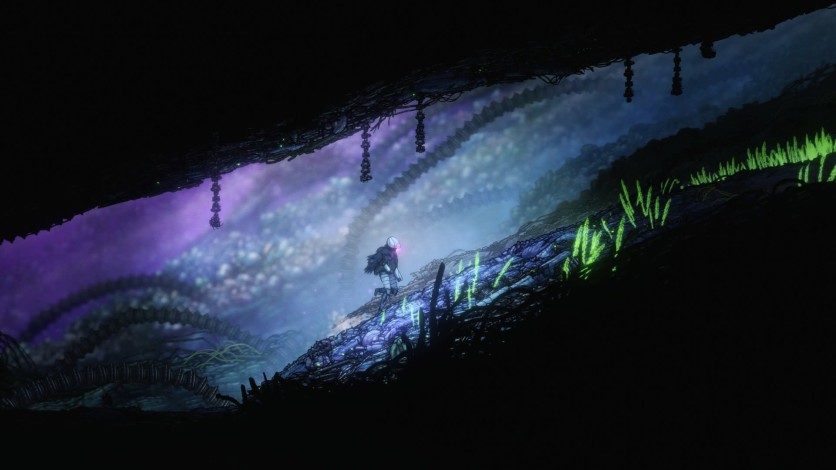 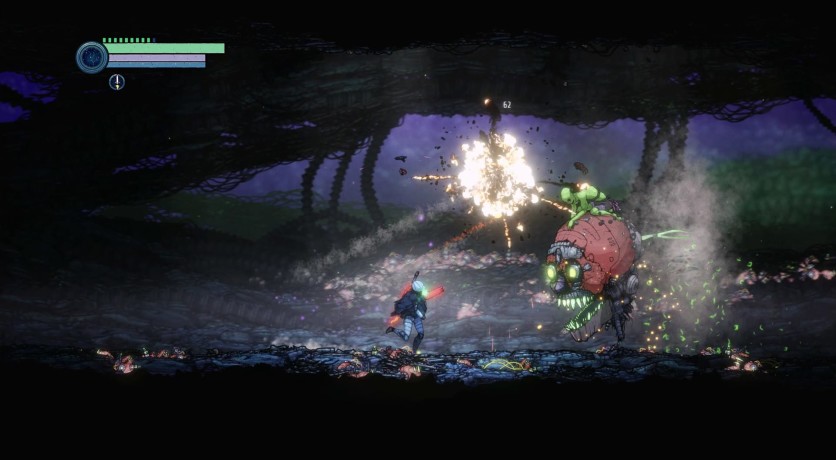 On the desolate moon of Lorian, a long-dormant Deadsuit awakens from slumber—armed and combat-ready, memory clear of purpose. But something new is stirring…

Strike out beneath the surface in search of answers in Ghost Song, an atmospheric 2D adventure of self-discovery, ancient mysteries, and cosmic terror. Explore winding caverns lit only by bioluminescent flora, battle strange and powerful creatures, and acquire new abilities to help you unearth this alien world’s long-buried secrets.

Descend deep into the darkness—only then will you learn (or is it remember?) the truth.