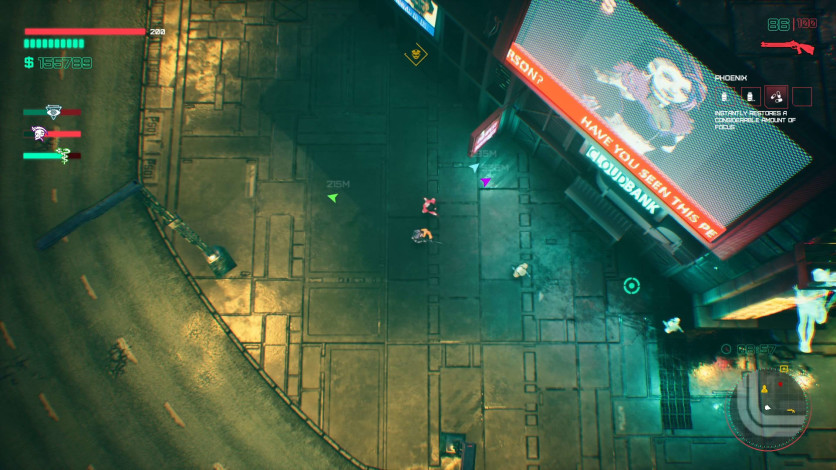 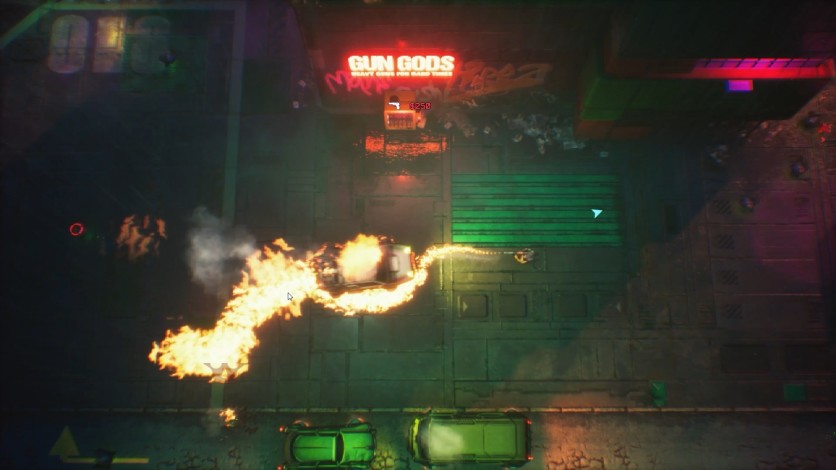 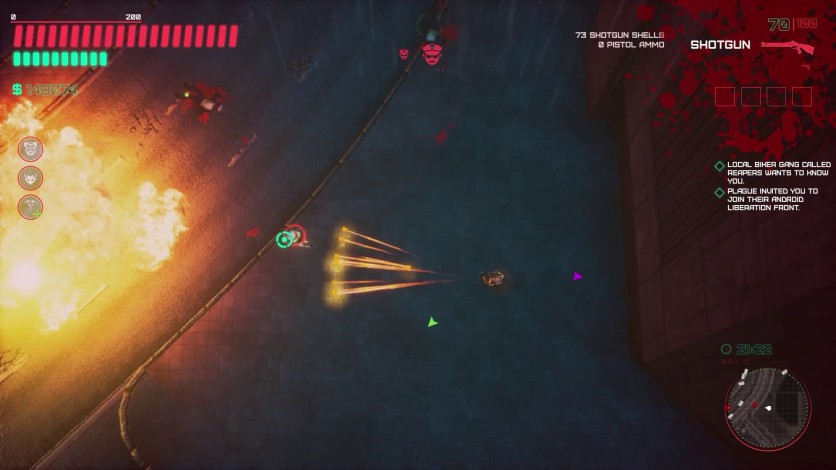 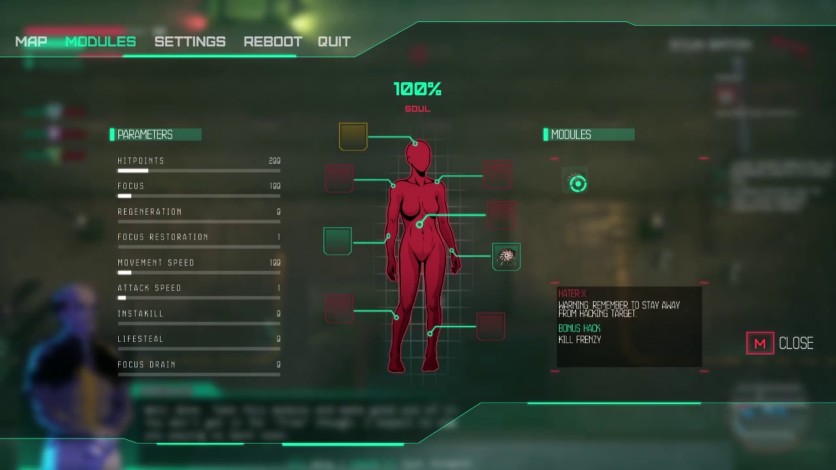 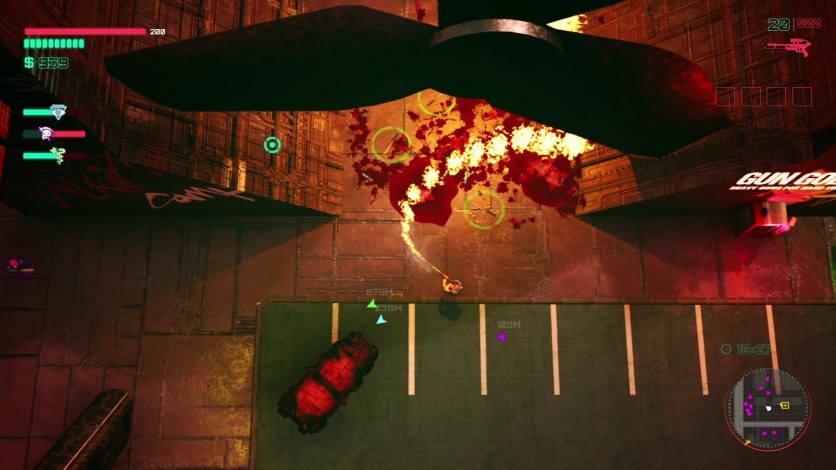 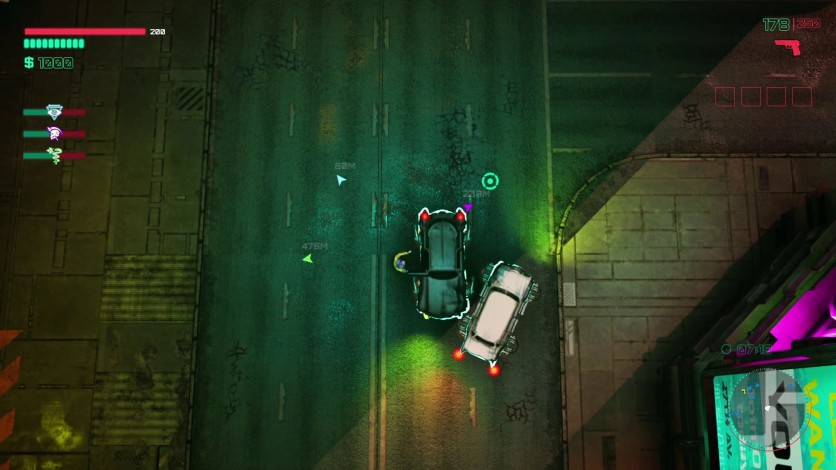 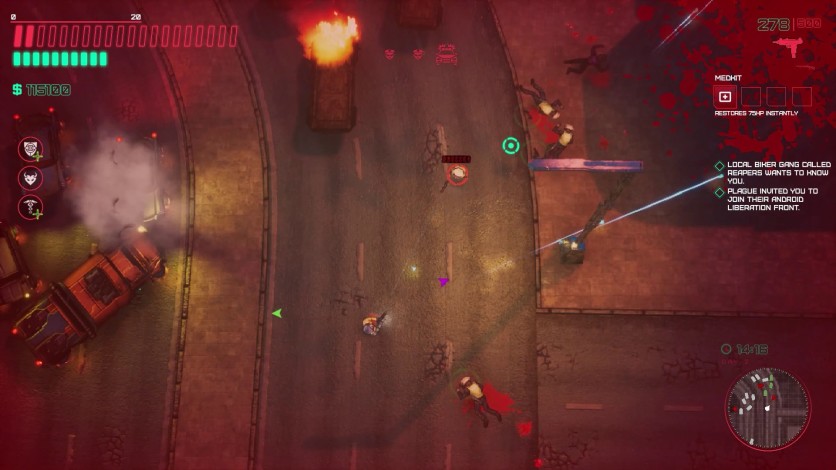 In Glitchpunk you are an android gifted with a special trait called "glitch": It enables you to go against your programming. Set out to destabilize the tyrannical governments of the post-nuclear world, it's up to you to craft your own agenda. Across four unique locations filled with tech-crazed gangs, drugged-up gangs and governed by ever-present megacorporations, take up contracts, earn money and upgrade yourself.

Run, hack, steal, drive, shoot and blast your way through the criminal underworld of the future. Make some friends, make even more enemies. Kill or be killed, even if it means killing everything you love.