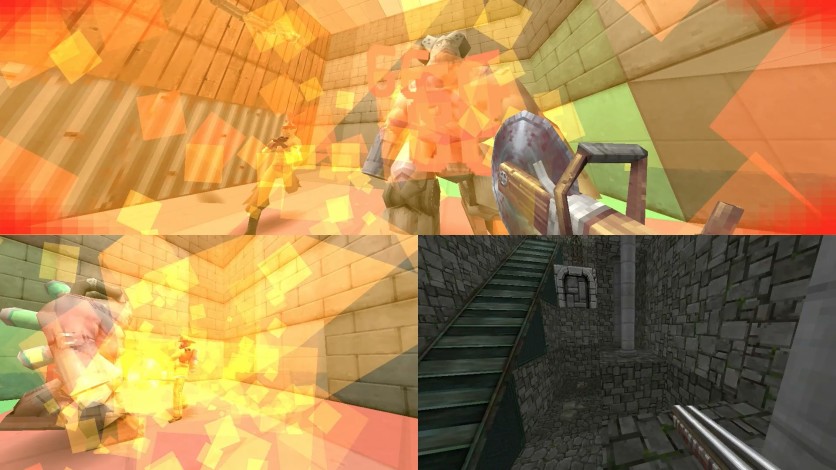 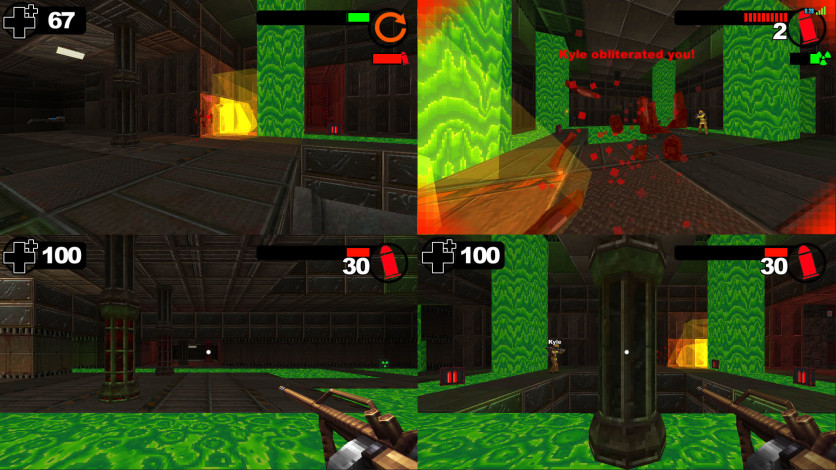 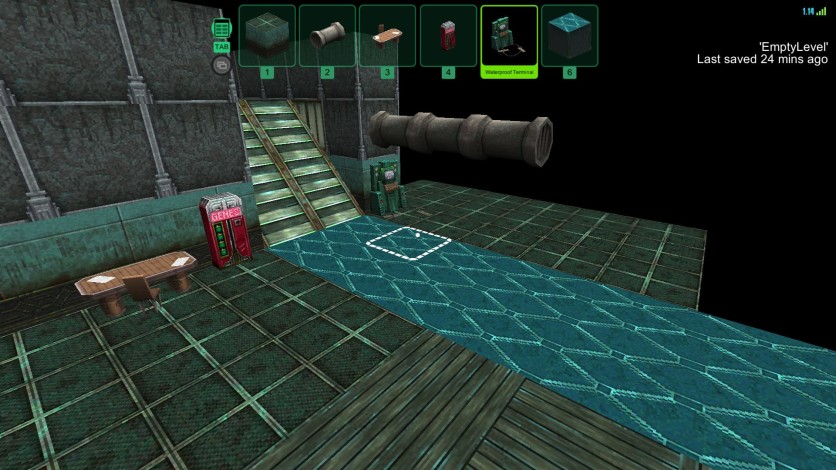 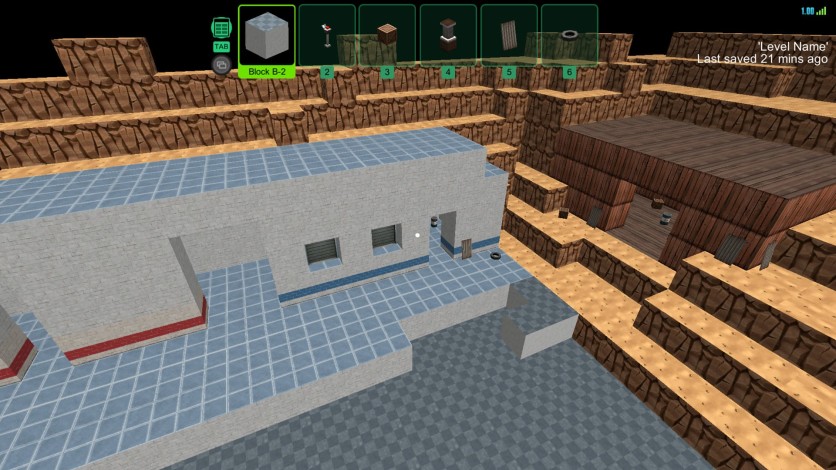 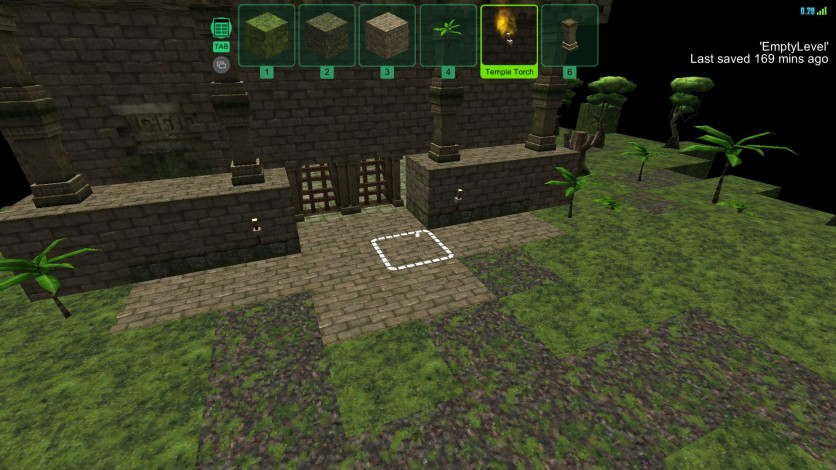 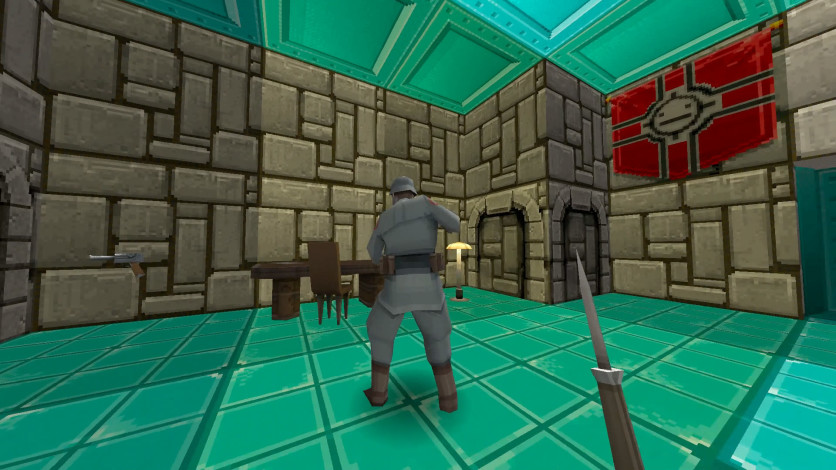 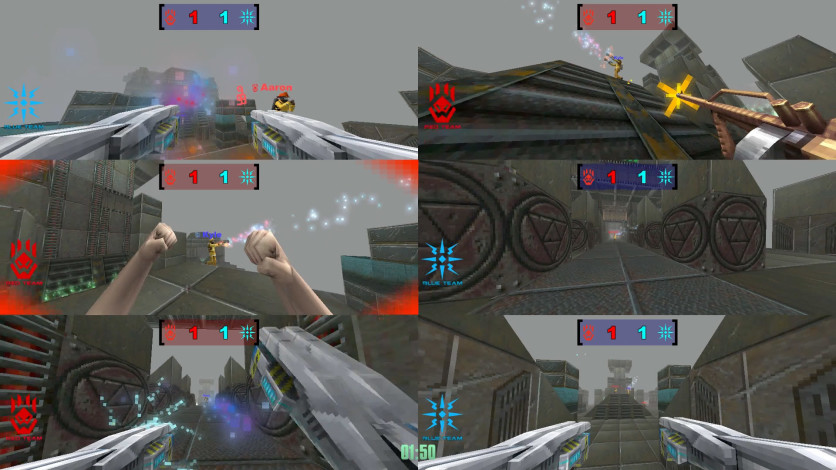 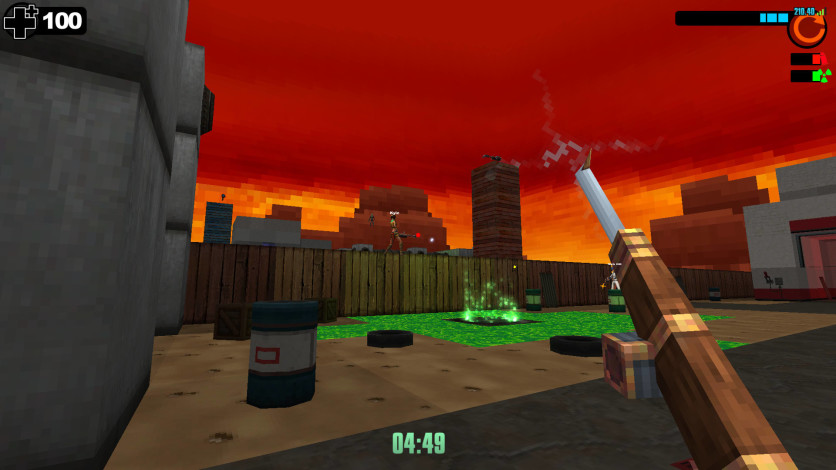 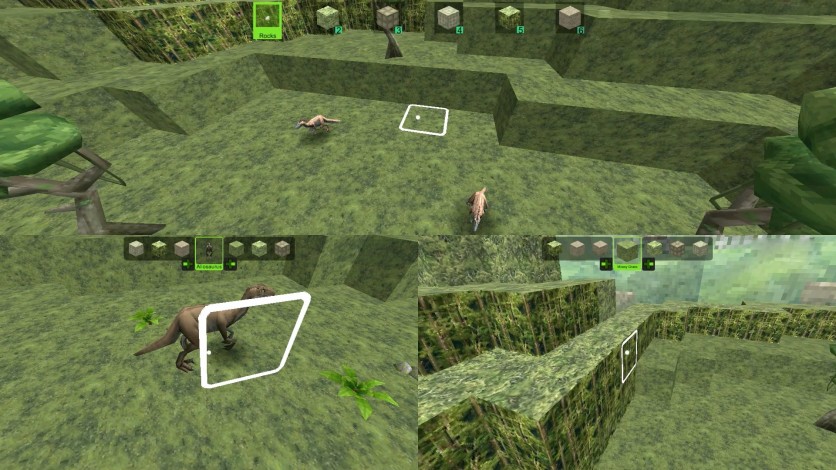 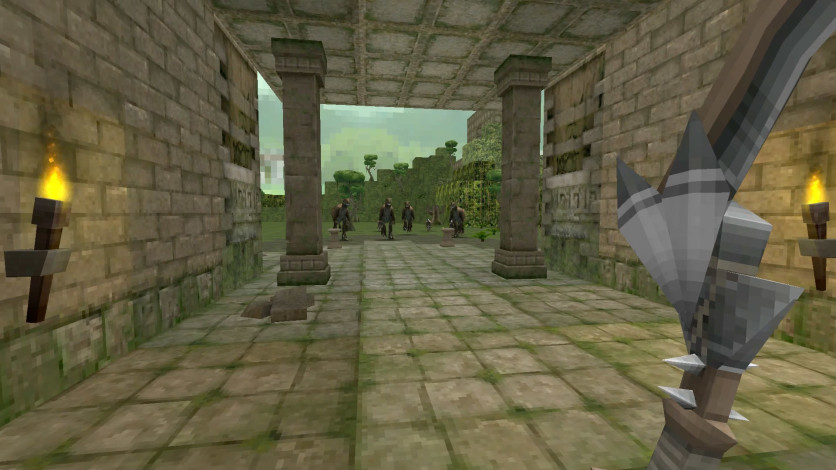 Inspired by the first-person shooters of the past that we loved, we're taking all the most memorable elements and putting them in a toolkit to be used and combined however you want. At its heart, Gunscape is an FPS construction kit. It's a game that lets you go wild with your creativity in a pumping action sandbox! Gunscape does this by providing easy-to-use tools based on a block-placement interface everybody's already familiar with to create single-player campaigns, co-op maps and multiplayer arenas and the functionality to share your creations with your friends. Don't like building stuff and just want to blast your way through hordes of monsters or duel with other players? Maps can also be shared, played and voted on by the whole world, so you'll always have new levels at your fingertips!

The game is organised into themes taken from the entire genre of FPS games, from the early classics to the modern triple-A stealth and war shooters. Each theme set contains unique world building blocks, player models, enemies (and bosses!), music tracks, skyboxes, special level elements (like traps and teleporters) and--of course--GUNS (plus bombs, bats, swords, flamethrowers, chainsaws, rocket launchers and much, much more. 38 weapons planned so far!). Assets from different sets are meant to be combined freely when building your worlds and the selection of content contained in each one has been carefully selected and planned out to avoid redundancy and to represent the truly iconic parts of the game it was inspired by.

It's important to us that anybody should be able to create their own levels. In the days of Doom and Build engine games level editors were simple enough that it didn't take long to learn how to create a whole new adventure for the player. The truly skilled could create impressive feats of architecture, but the rest of us could still create enjoyable challenges thanks to tightly-designed game engines that focused on making the core gameplay pure fun. In a game like that it doesn't matter how many times you test and tweak the layout to make your map the best it can be, or how abstract the level becomes as a result. This is the driving philosophy behind Gunscape. It's also the reason we've chosen to start by polishing the multiplayer experience in the pre-alpha demo, as we feel this is one of the best ways to develop and tweak the core gameplay.

Of course, there's no point in creating great play experiences if nobody else gets to play them! Gunscape has a server to share your creations and the game has a built in map browser with filtering and voting system, so that anybody can have full access to every public player-created level, regardless of which theme packs were used to make them. The available demo (more on this later) has game levels we have put together and we'll continue to add more as we complete new content to help show how much potential there is for you to create some truly amazing things with Gunscape!