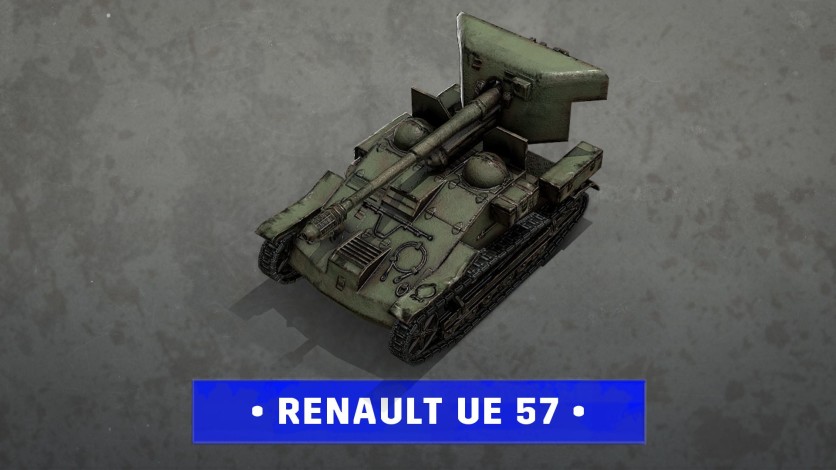 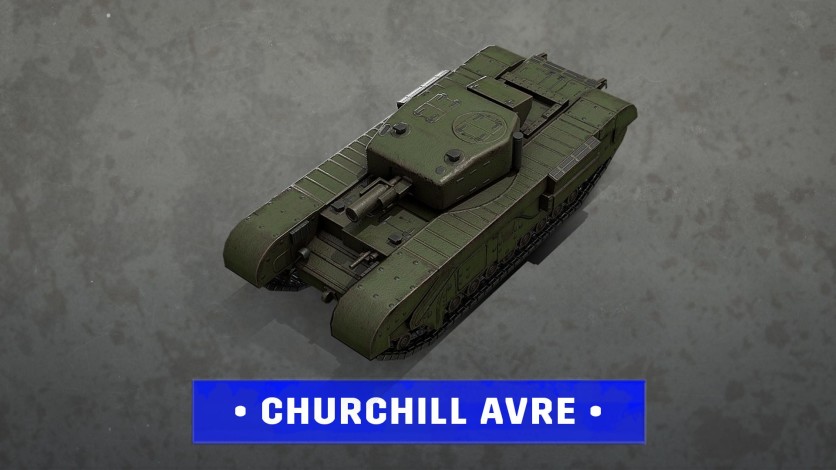 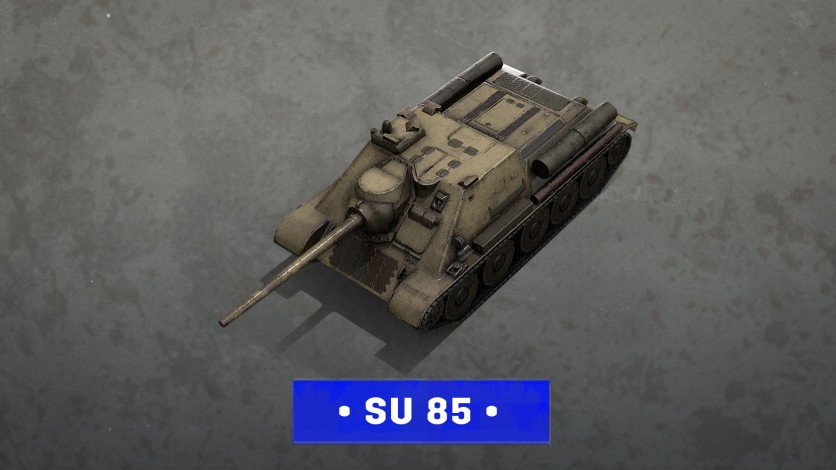 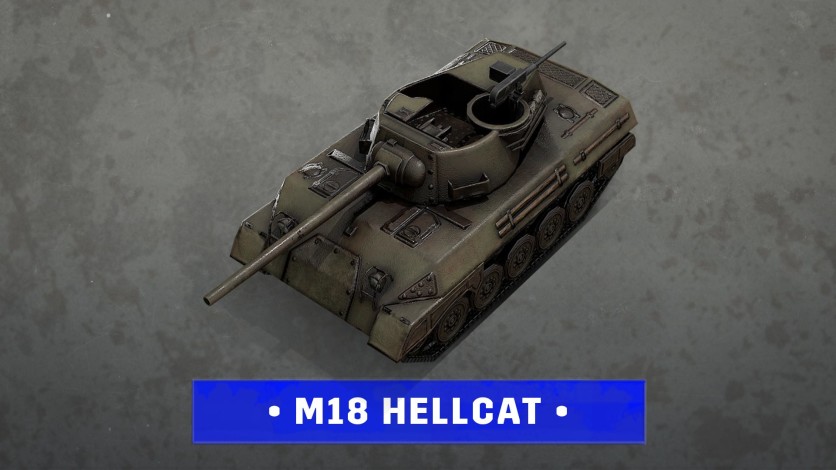 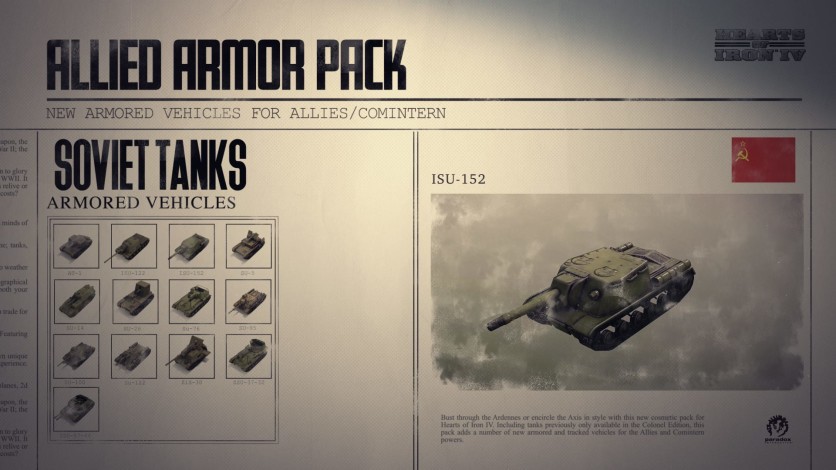 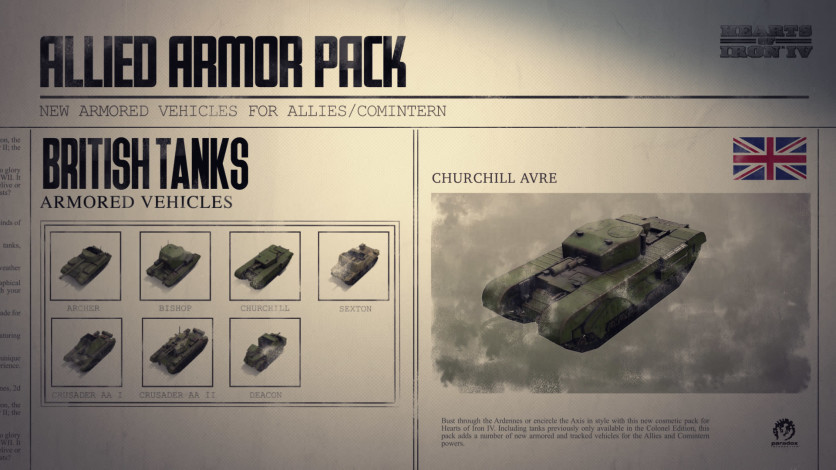 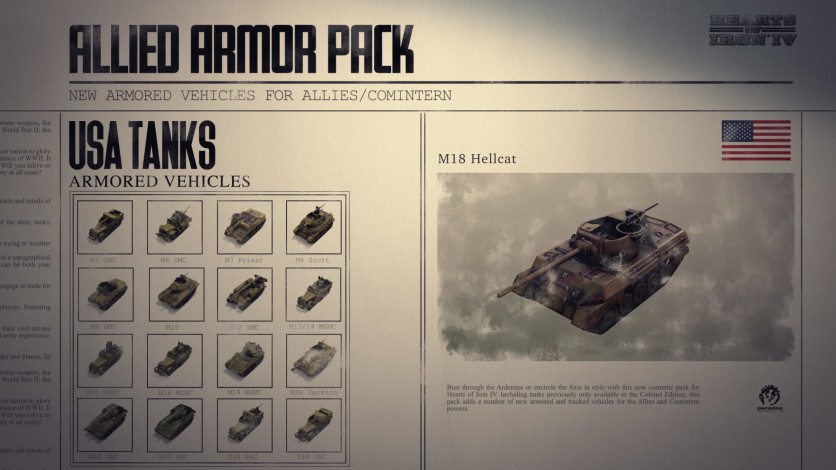 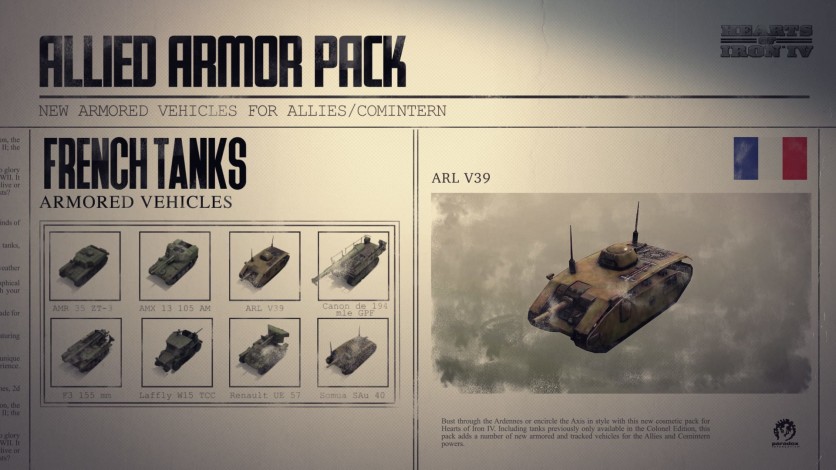 Bust through the Ardennes or encircle the Axis in style with this new cosmetic pack for Hearts of Iron IV. Including tanks previously only available in the Colonel Edition, this pack adds a number of new armored and tracked vehicles for the Allies and Comintern powers