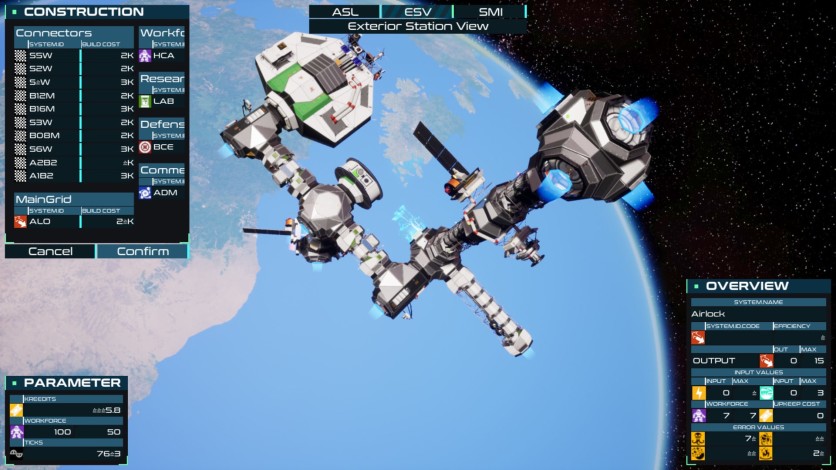 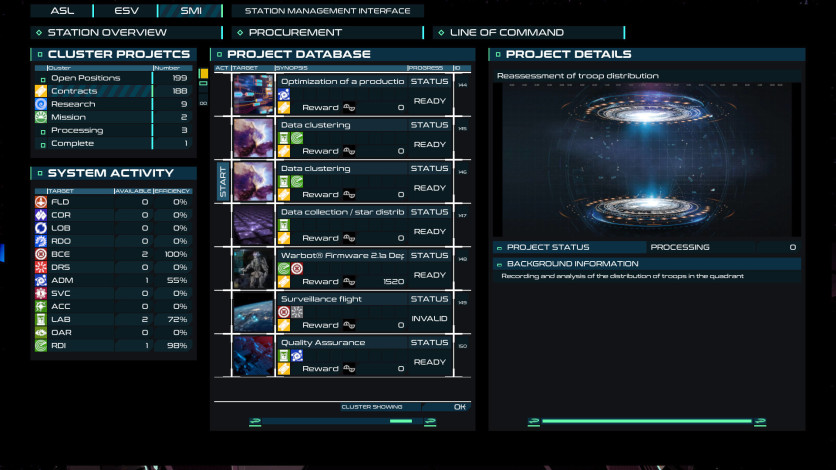 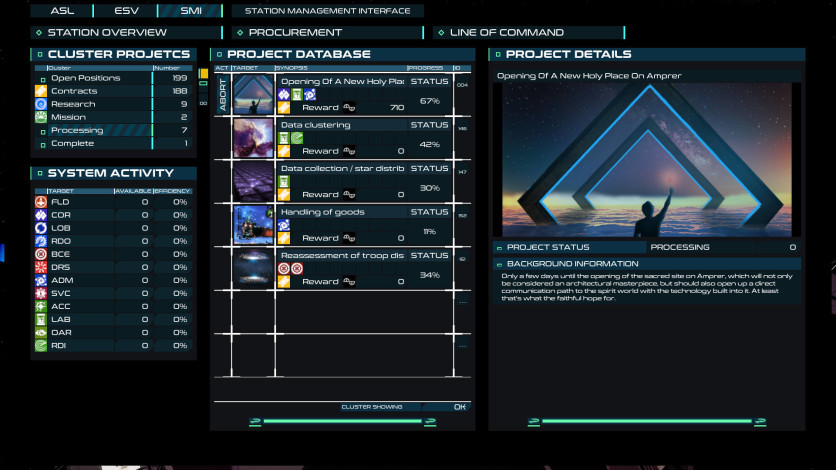 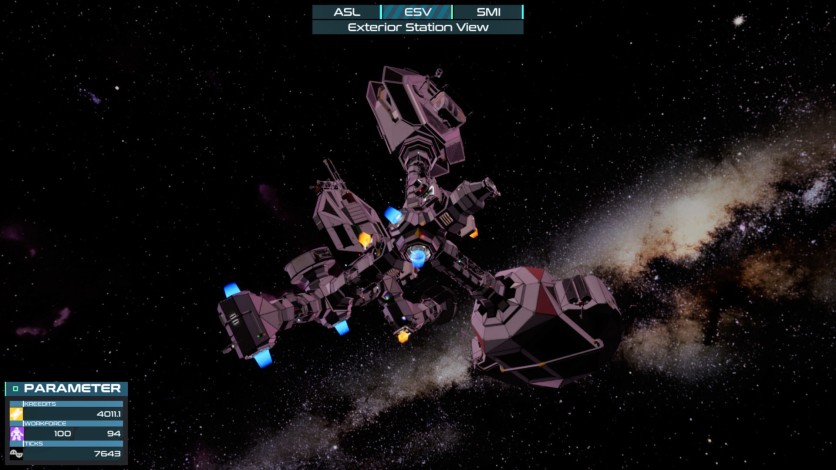 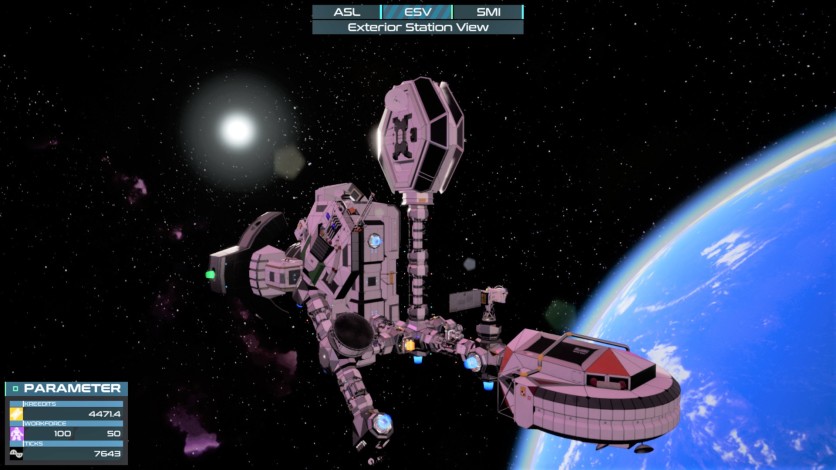 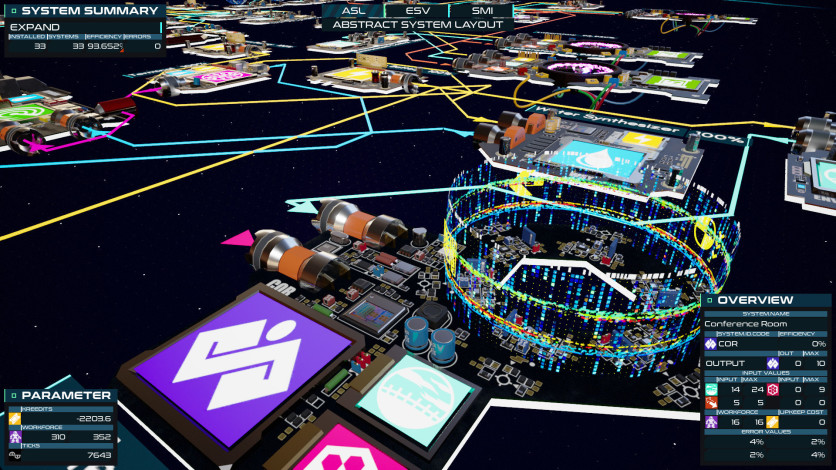 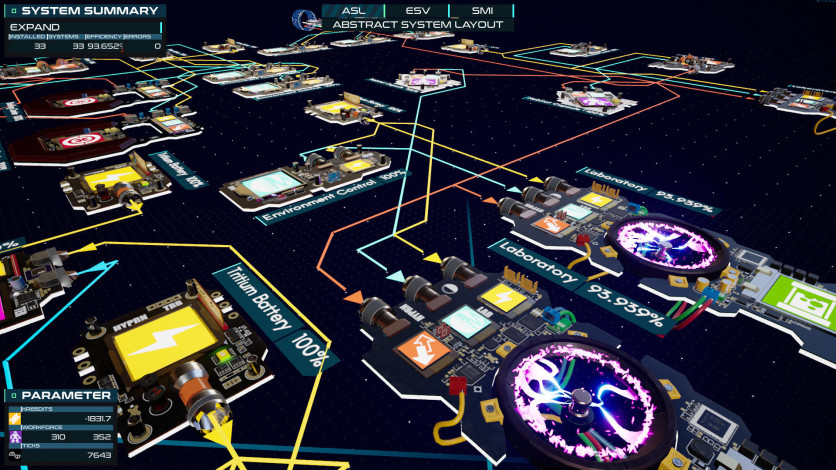 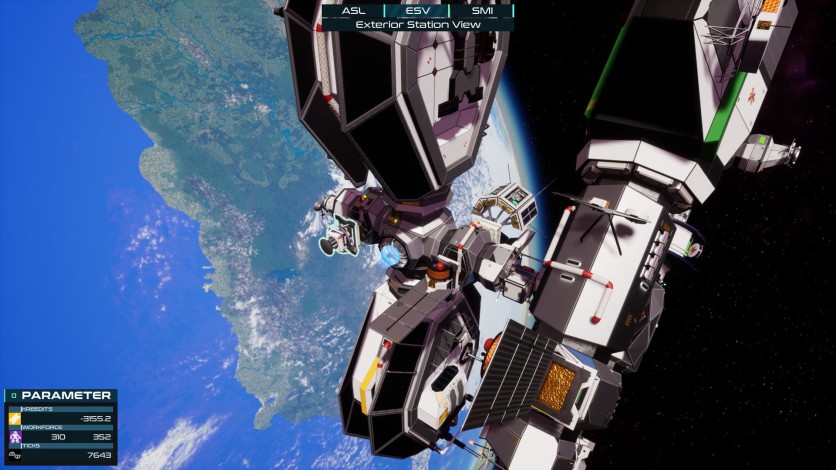 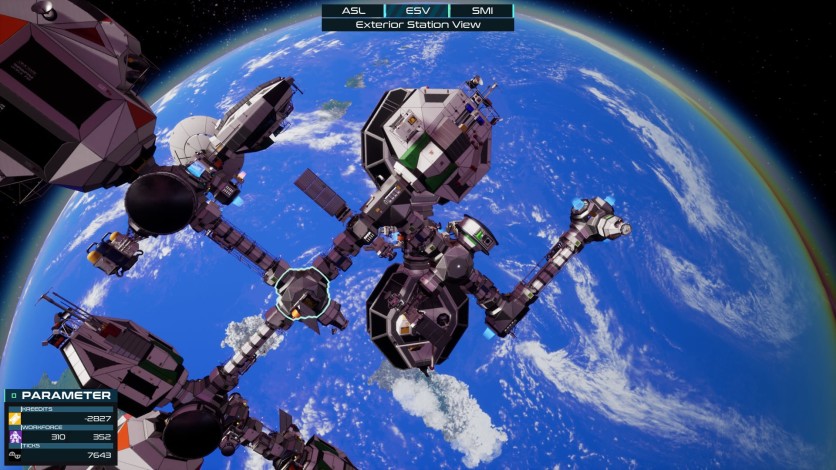 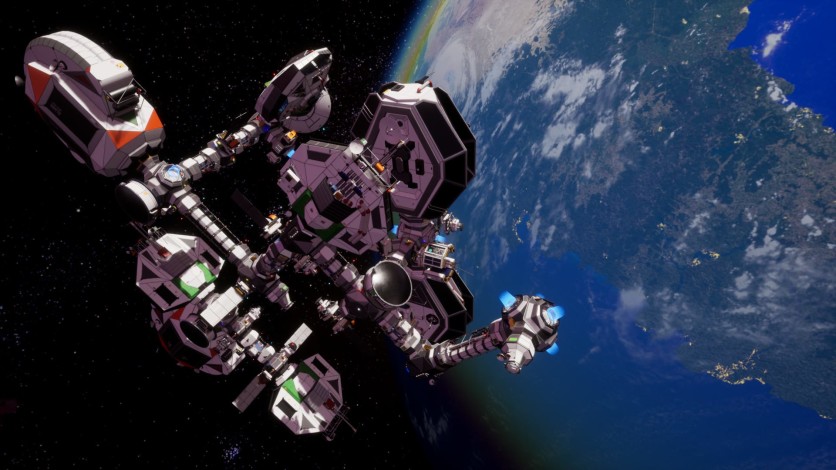 In space, no one can hear you scream - neither a victorious cry, nor one loaded with frustration. So what shall it be, Space Pioneer, when you are the Captain of it all?

Build, install and redesign your station to perfection in a full 3D view taking advantage of the spectacular visuals provided by Unreal Engine 4. Look at your creation in a 360 degrees view, zooming in and out to marvel at its beauty.

Monitor and set up production cycles, resources, and their distribution. Focus either on efficiency or yield, treating everything as a diligent spreadsheet master - but with an abstract layout system resembling a circuit board to help you design the best connections, nooks, and crannies to make your station a resounding engineering success!

A unique economic system provides you with a key objective - make your station efficient and profitable or fail!

The normal route of business can be, however, disrupted by a number of disruptions: from hacker attacks to errors and malfunctions each module and its system entail in your management of the station.

Your production may also simply overload, given the production strain - so plan, execute and design to perfection!

There are 3 distinct campaign missions where you need to terraform a given planet, make it habitable, and easy to extract resources from.

Built with a background narrative, each of these missions enables you to focus on the two-game modes in order to build your station in such a way as to successfully fulfill its objectives.

Are you going to be the most efficient, the most industrious, or have the most graphically appealing modules setup? Anything goes as long as the mission is successful!