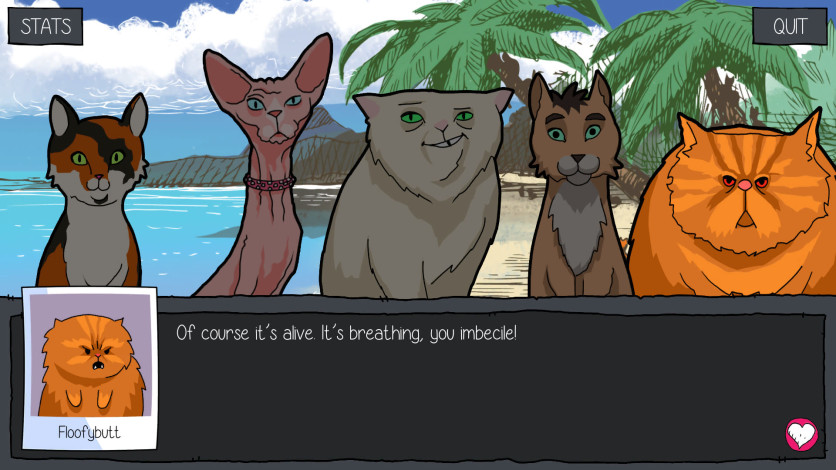 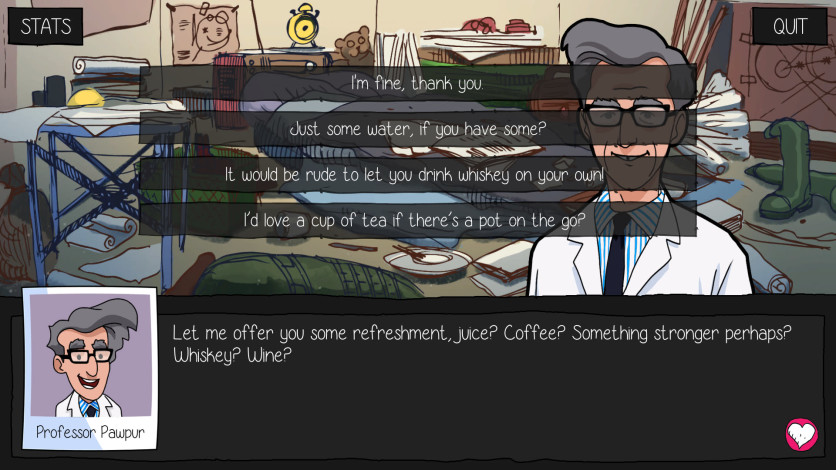 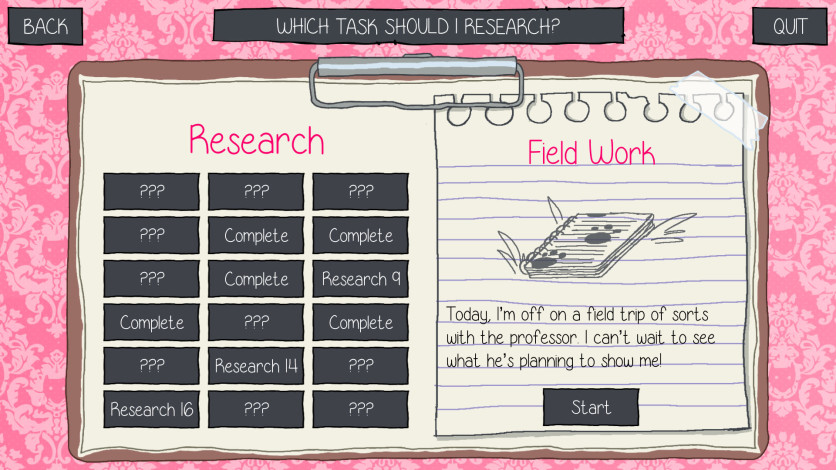 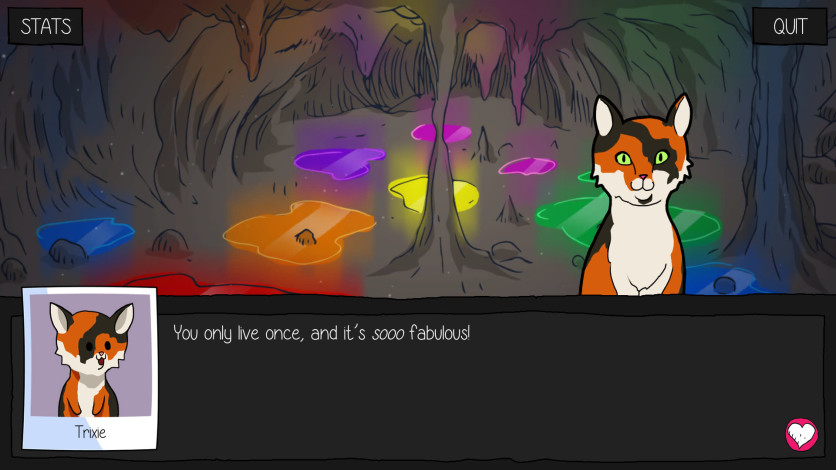 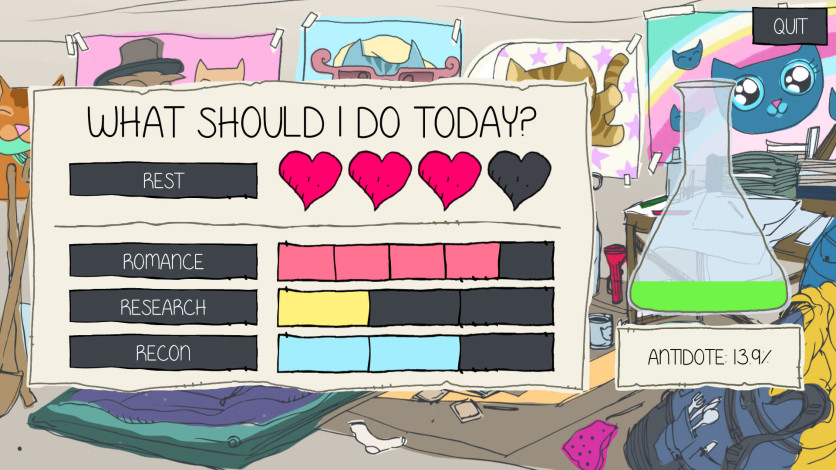 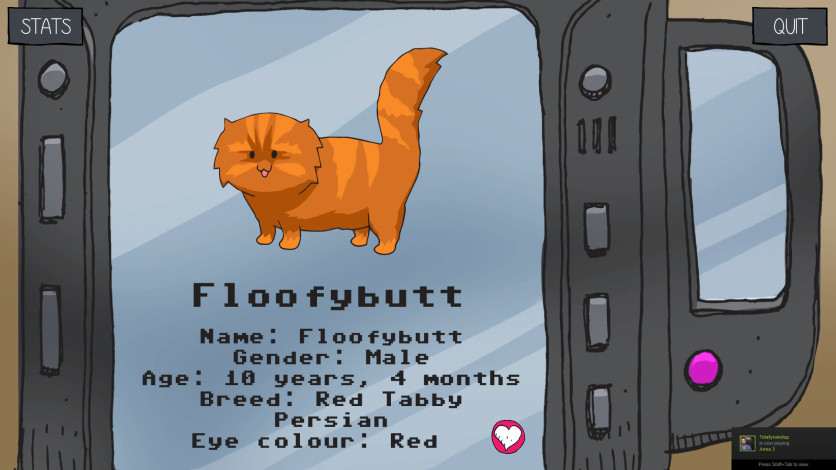 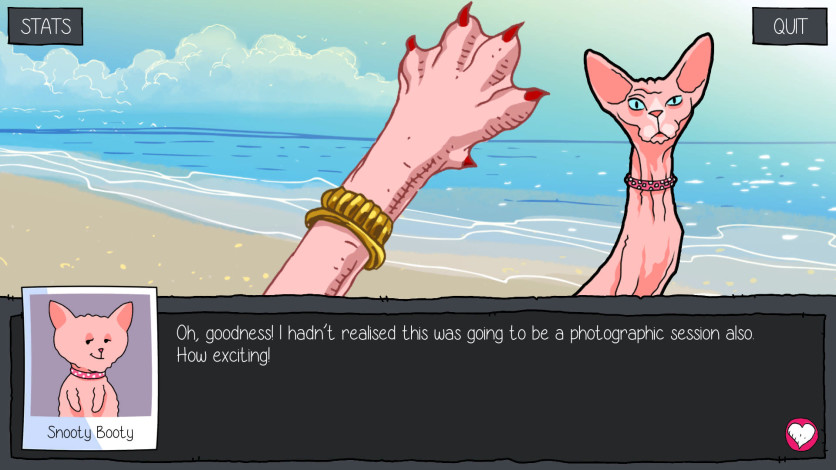 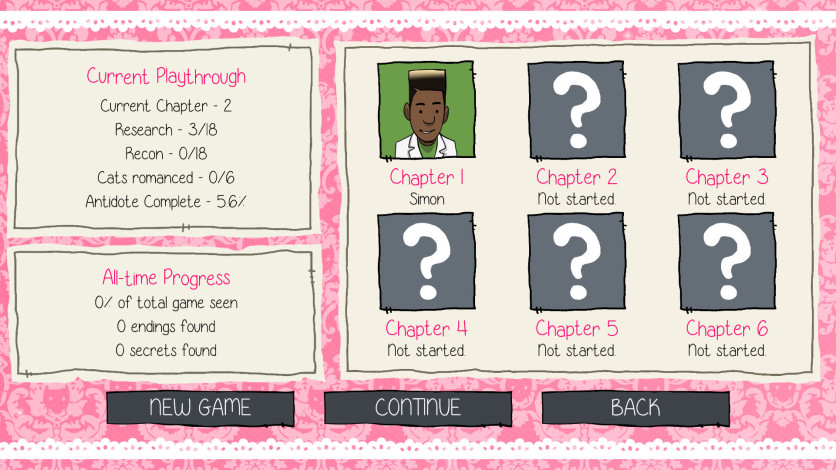 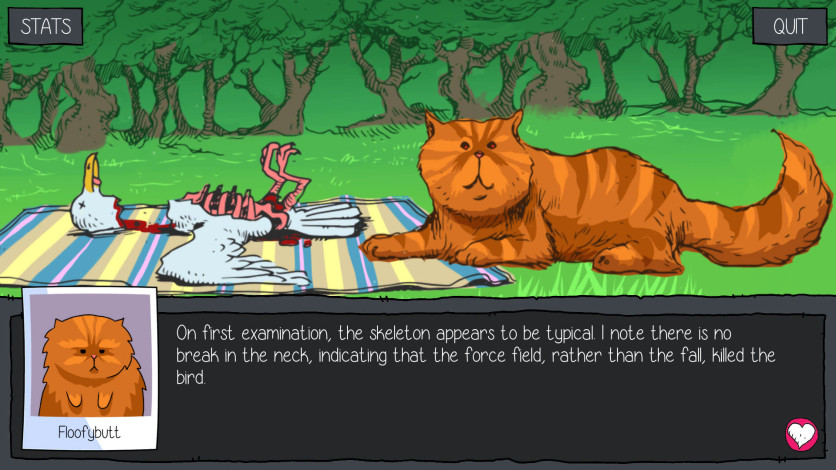 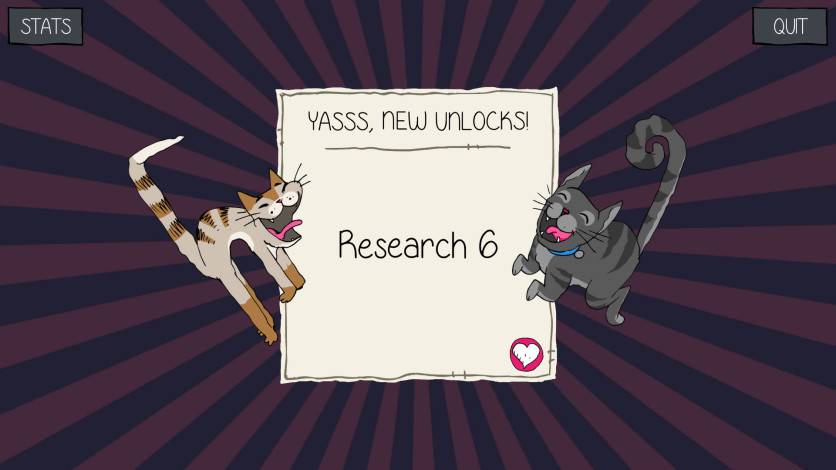 Purrfect Date is a cross between a visual novel, dating sim, and dark British comedy. You, a human, will get to date cats and uncover the secrets of the mysterious Cat Island. Choose your own adventure as you romance the talking cats, balance your stats and carry out your research into the dark and questionable history of the Island.

Drawing inspiration from trailblazing games such as Undertale, Dream Daddy, Hatoful Boyfriend, and Pony Island, there'll be lots of twists, turns and alternate playthroughs to keep you replaying.

Throughout the game’s seven chapters, you will be playing as multiple scientific researchers, on a quest to analyse and understand the flora, fauna, and felines of a very unusual island - Cat Island - an island almost exclusively inhabited by Cats.

As you investigate and assess the Island locals, you begin to realise there is more to these cute kitties than meets the eye.