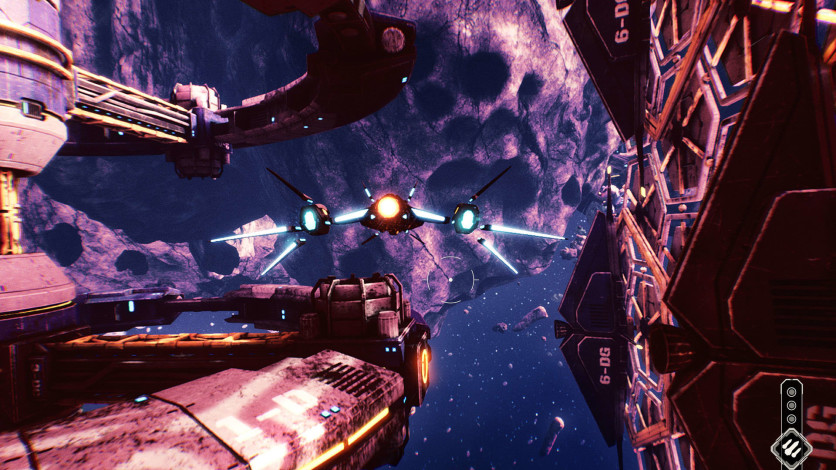 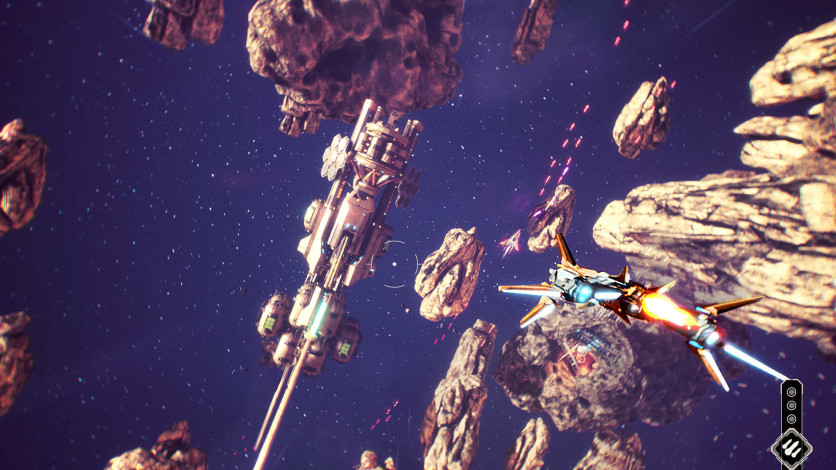 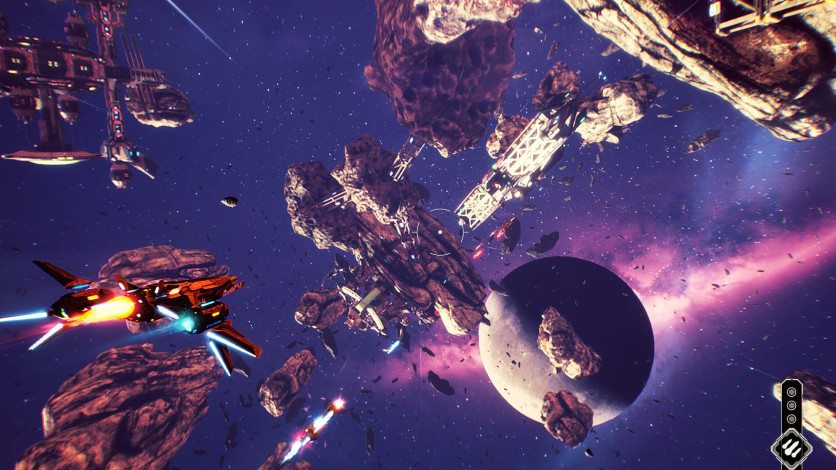 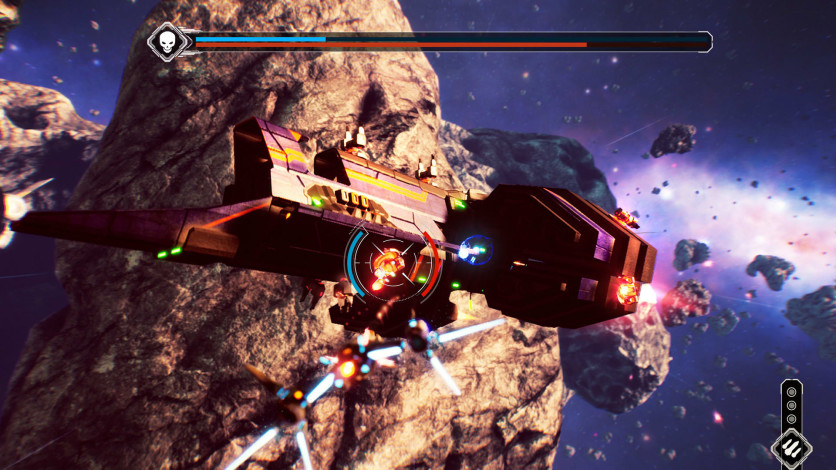 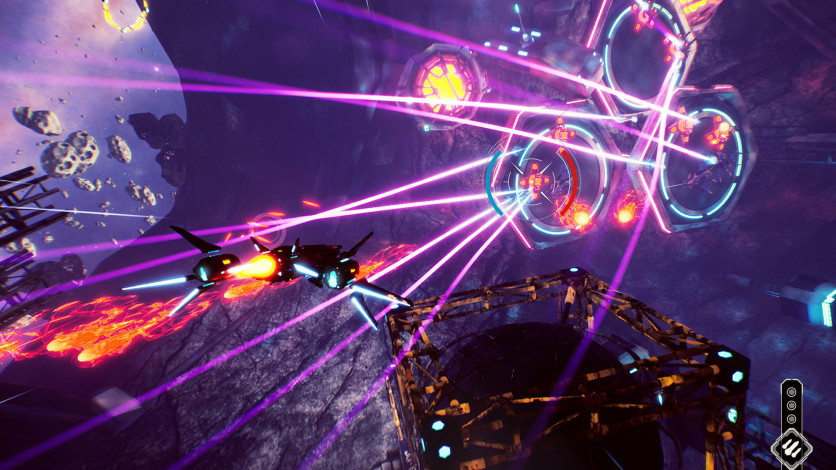 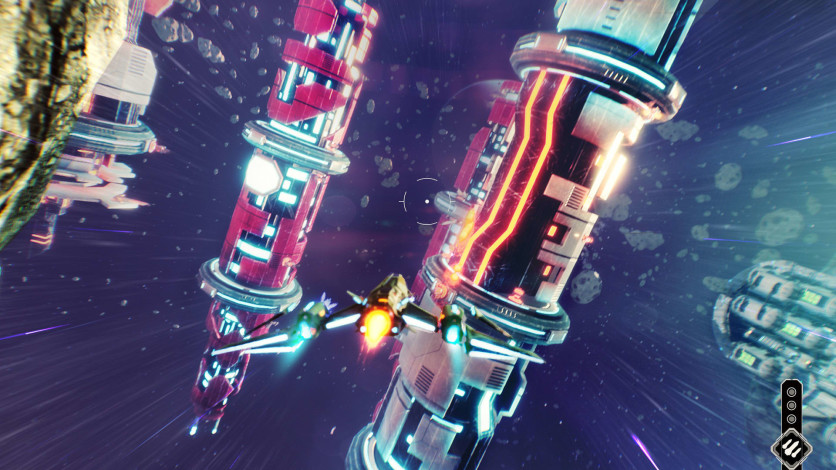 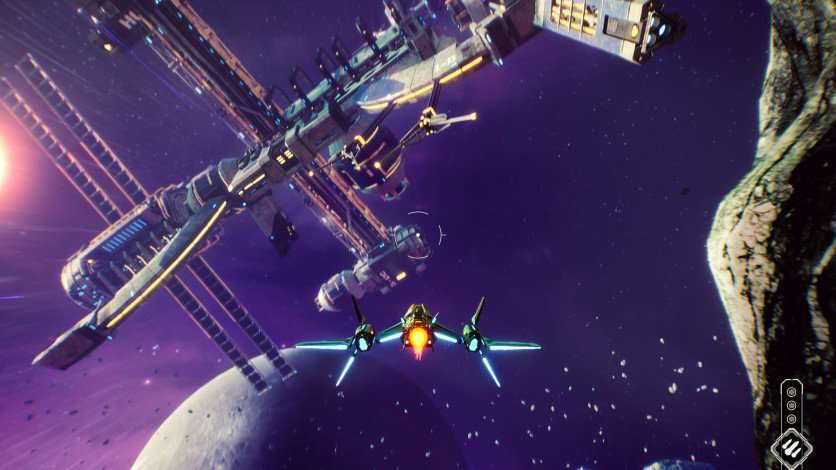 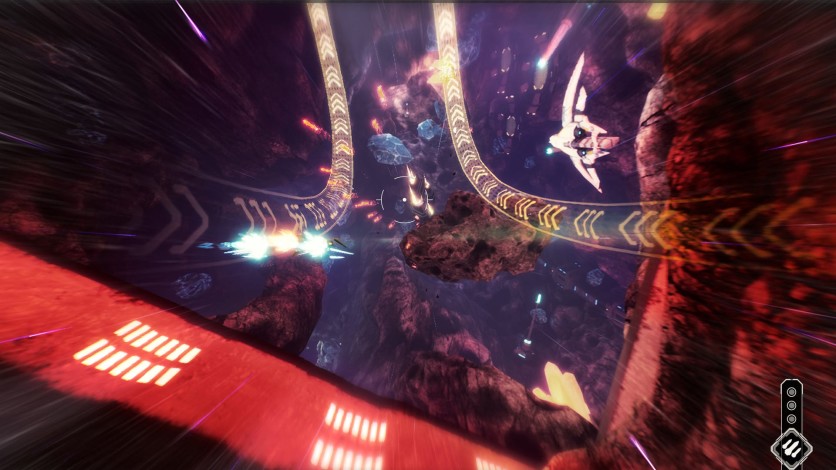 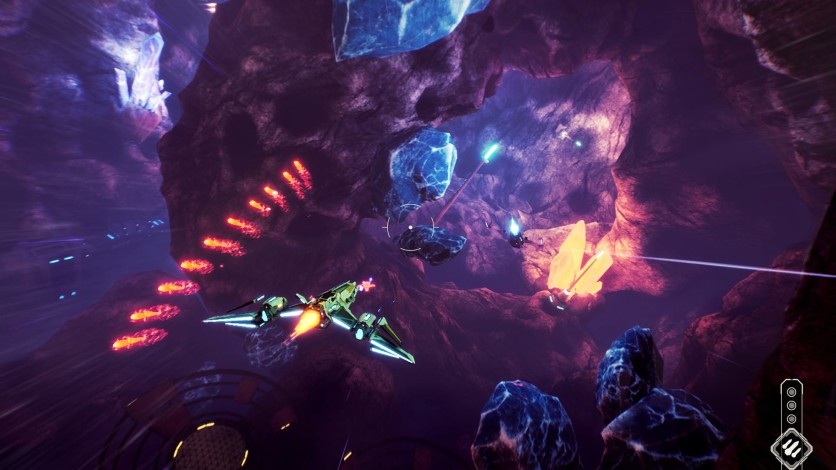 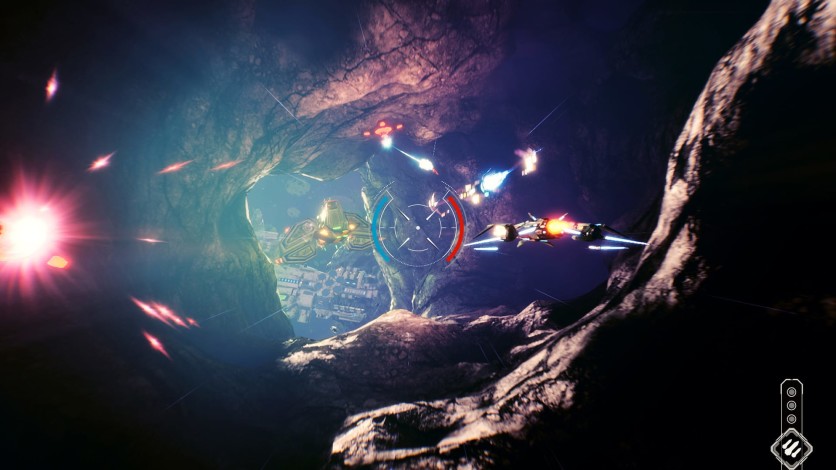 Embark on the next generation of space shooter games!

Redout: Space Assault puts you in control of a Super Orbital Recon Fighter during the 2395 Colonization of Mars: dive in the fastest, most epic and exciting arcade space battle you can experience. Outsmart, outmaneuver, overpower, outclass your opponents in lightning-fast, adrenaline-inducing single-player space combat.

You play as Leon Barret, ace fighter pilot of the Poseidon Security Forces. Here at Poseidon Corp., we are trying to pave the way for the colonization of Mars, as mankind is struggling for survival, split between a depleted hot Earth and a cold, claustrophobic Lunar colony. Your job is to maintain order by eradicating rebels and space pirates, facilitate our scientists' research while keeping them safe, and protect all our personnel from the numerous external threats.

Dive down into gigantic asteroid mining plants, shoot down Rebel drones and fighters, roll left and right avoiding enemy fire, unleash impossibly powerful missile volleys, but also race against stray pilots and space scavengers at breakneck speed for the sheer thrill of it.

By completing missions you will unlock Cards and Tokens to upgrade your fighter's Hull, Shields, Energy Weapons and Missiles until you are able to go up against massive Capital Ships and single-handedly shift the tide of the war.

In an interplanetary struggle where nobody is good or bad, you will experience Leon rising through the ranks, the meaning of “necessary evil”, the cost of integrity and ultimately, what it means to take a stand.