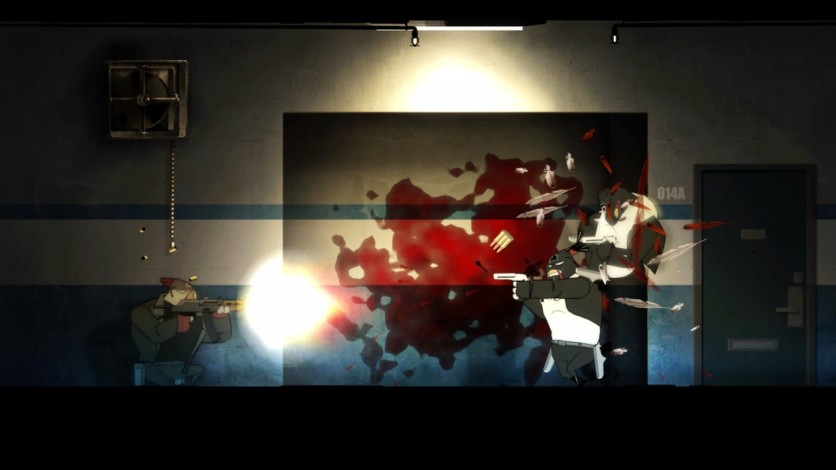 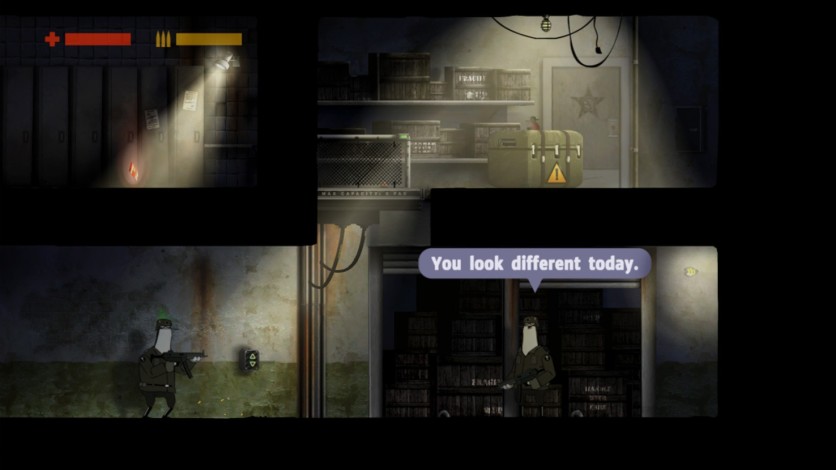 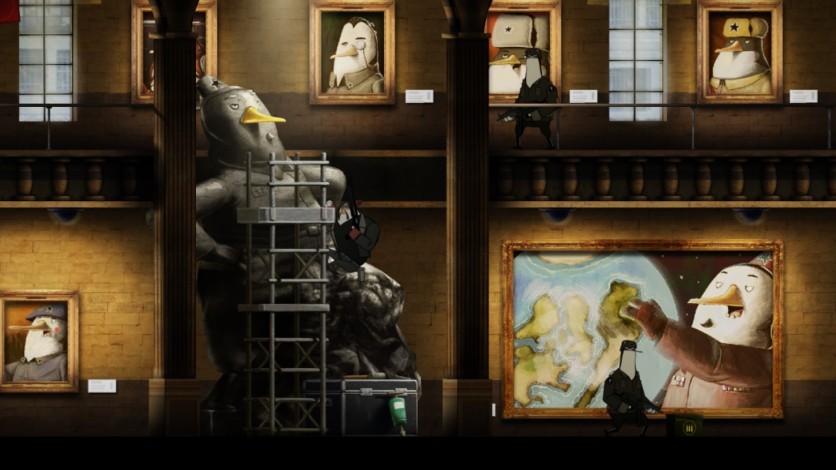 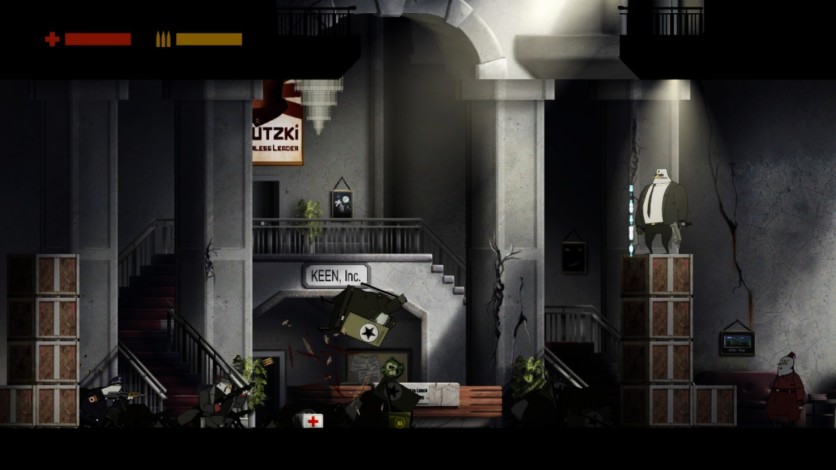 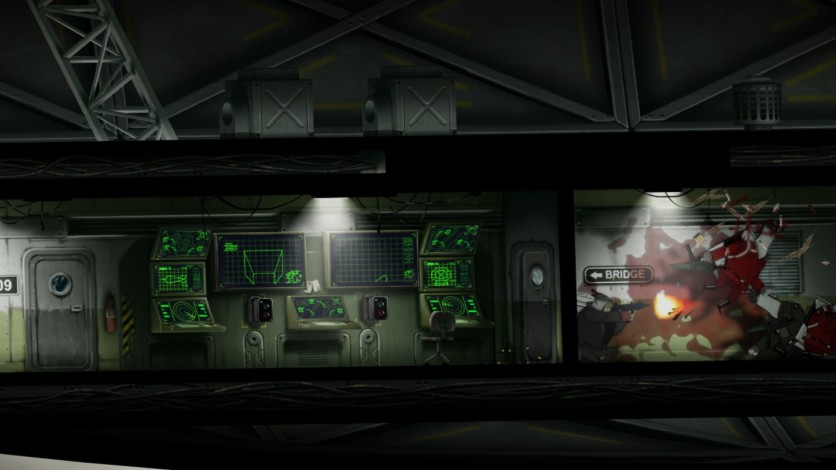 Set out on a mission to assassinate the totalitarian penguin leader as Hardboiled Chicken. Destroy enemies with a slew of weapons and illuminate the secrets to his past while uncovering the real enemies of Albatropolis. Master fowl play in the co-op campaign as a pair of Budgie commandos on a mission to save the general’s daughter. Many lives will be destroyed, countless penguins will die!

REVERB PUBLISHING, and the related design logo, are trademarks of Reverb Communications, Inc., in the United States and elsewhere. The "Rocketbirds Hardboiled Chicken"Trademark device is a Trademark of Ratloop Asia Pte Ltd. New World Revolution Songs Written and performed by Herwig Maurer and Published by Android Intelligence Agency BMI.