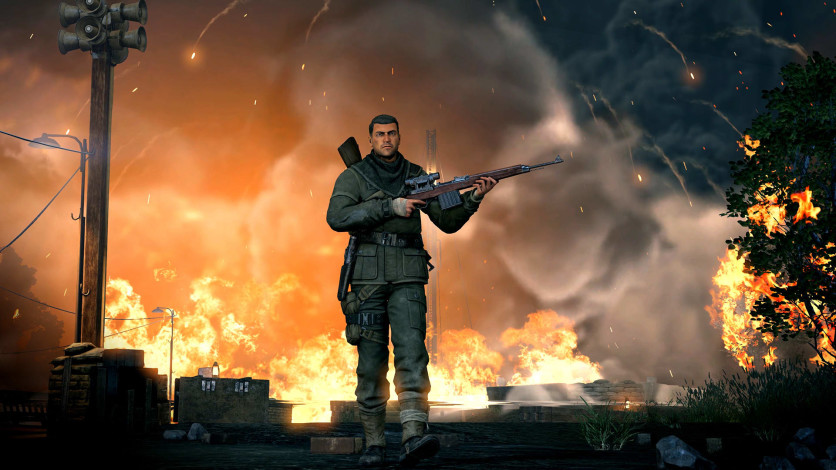 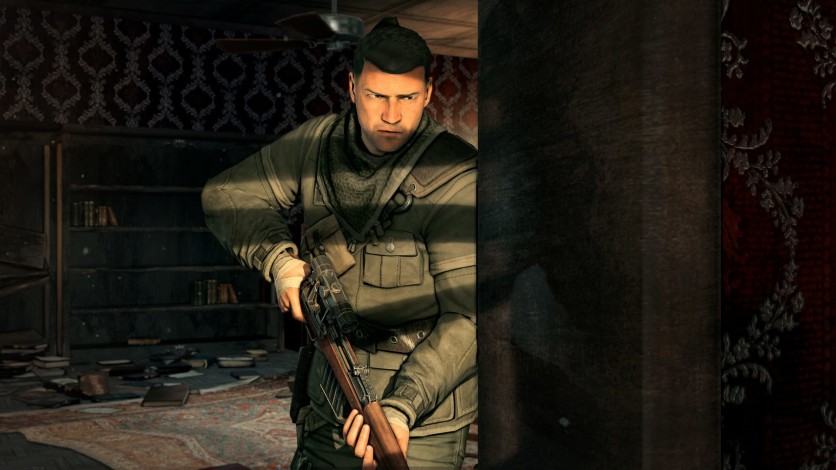 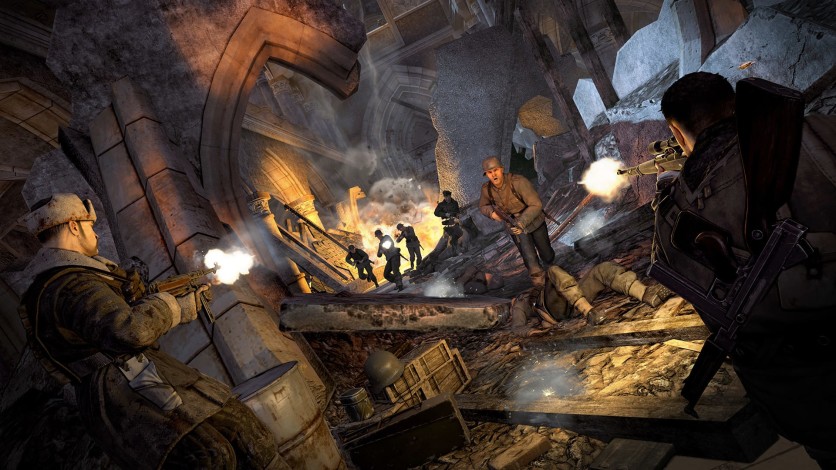 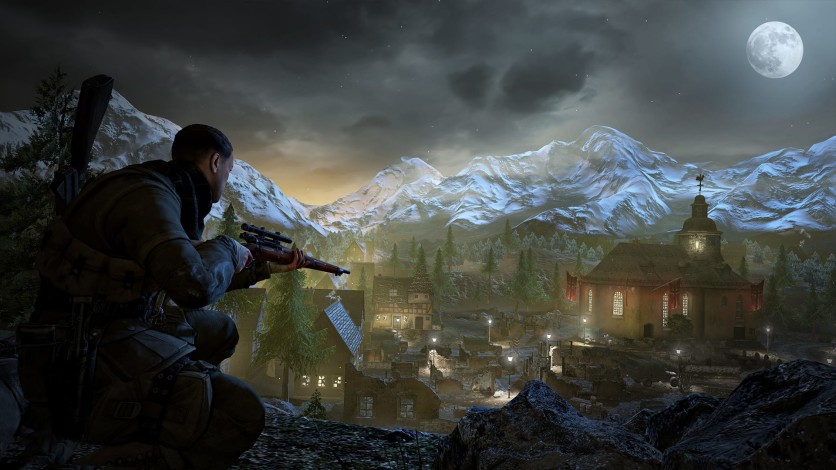 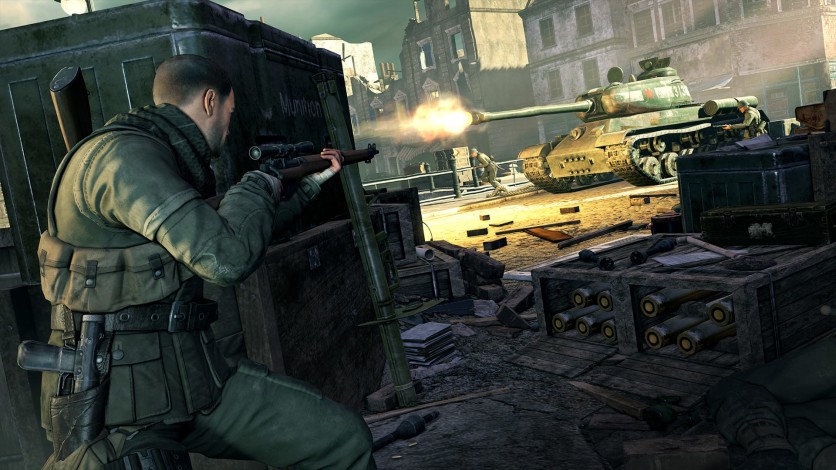 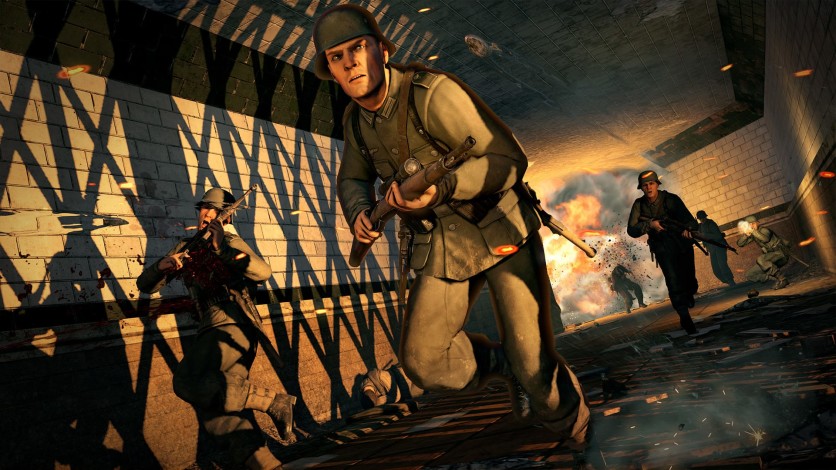 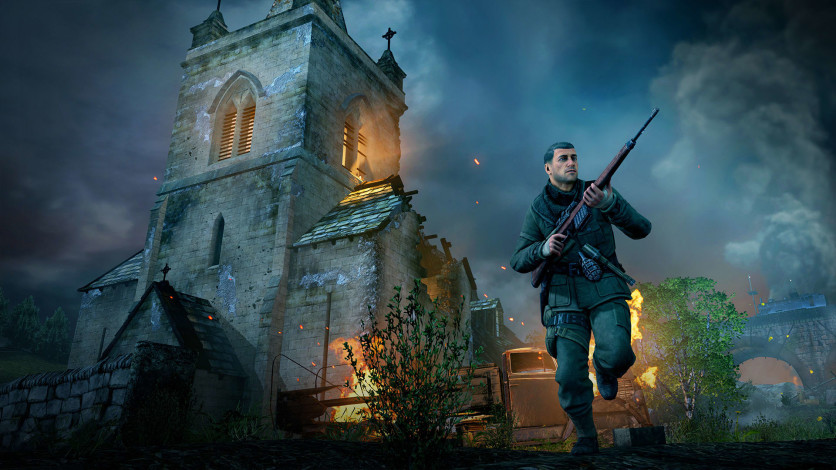 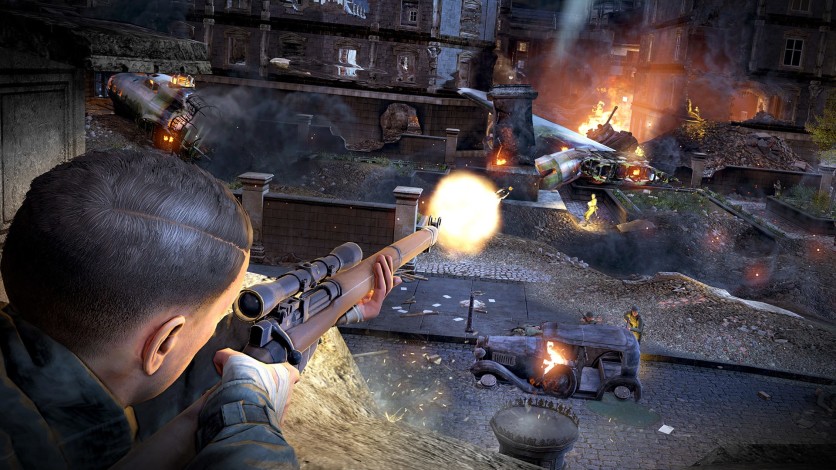 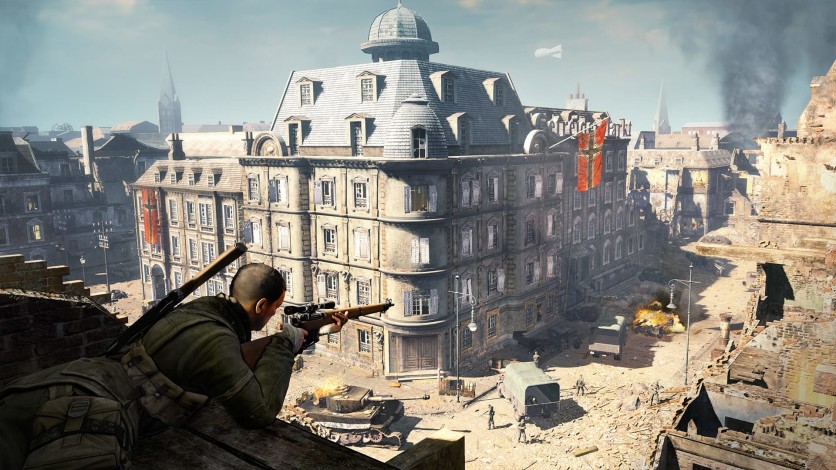 You are elite sniper Karl Fairburne, parachuted into Berlin amidst the Germans’ final stand.

Your mission is to prevent Nazi V2 rocket technology falling into the hands of the Red Army. You must aid key scientists keen to defect to the US, and terminate those who stand in your way.

Stealth is key as you find yourself trapped between two desperate armies in a race against time. Master authentic weaponry, stalk your target, fortify your position, set up the shot, and use your skill, patience and cunning to achieve the mission.

All new graphics and rendering technology gives you improved ball busting X-ray kill camera detail. Witness the terrifying power of your bullet as it enters an enemy’s body.

With all DLC missions included, take the fate of the war into your own hands, and hunt the Führer himself.