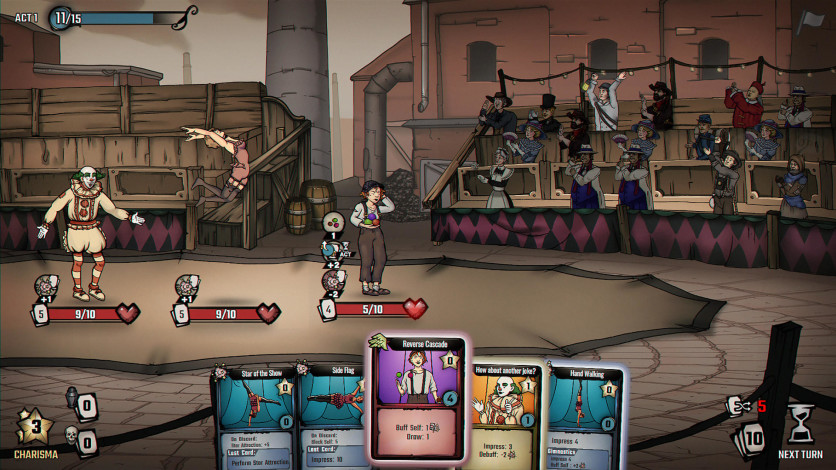 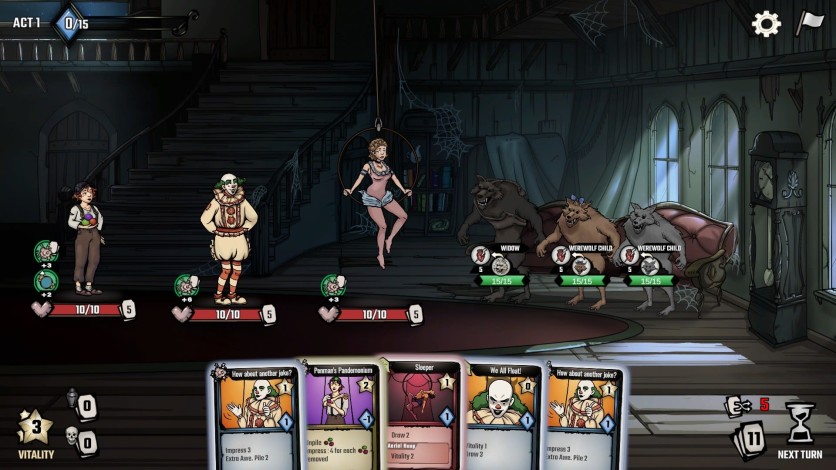 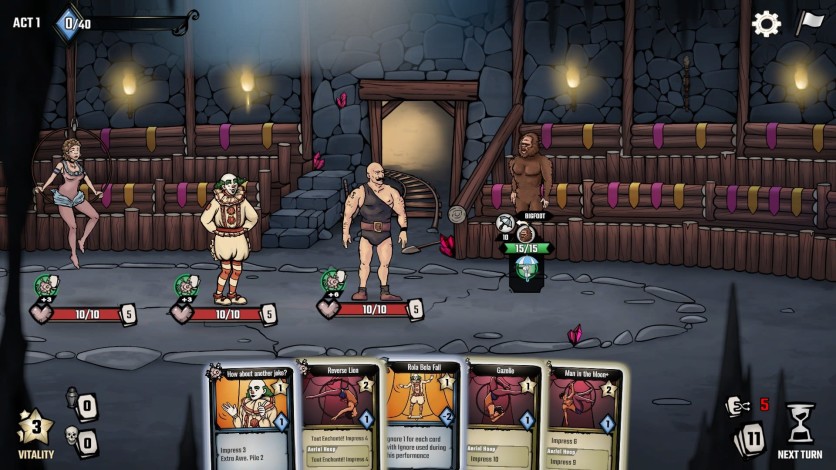 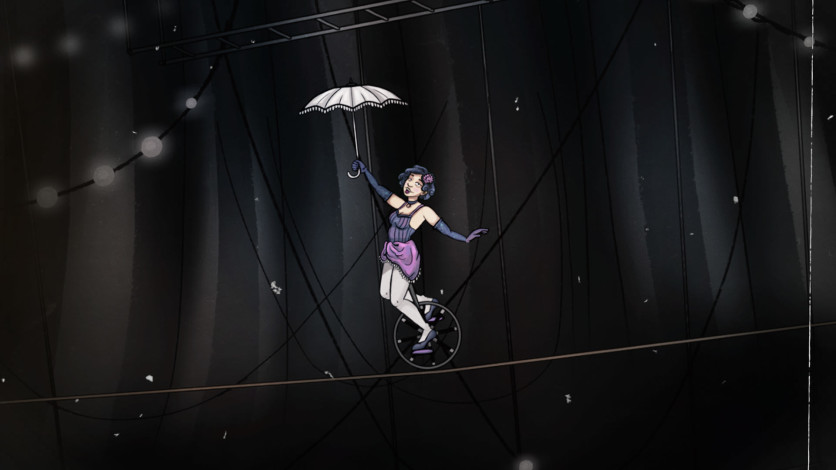 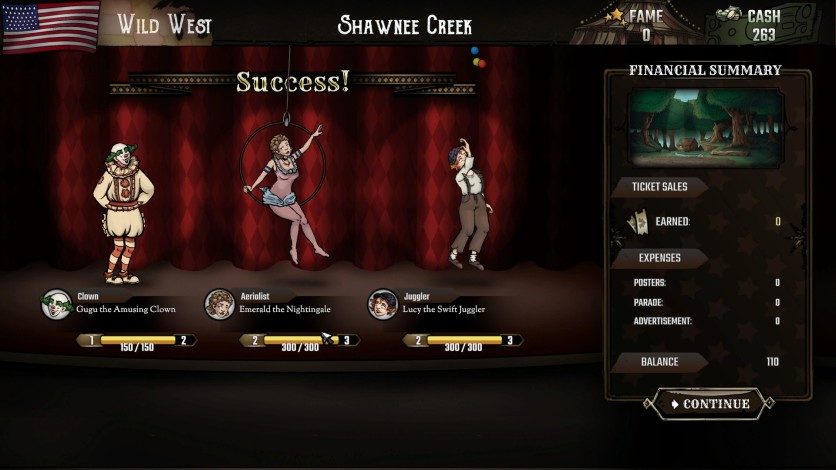 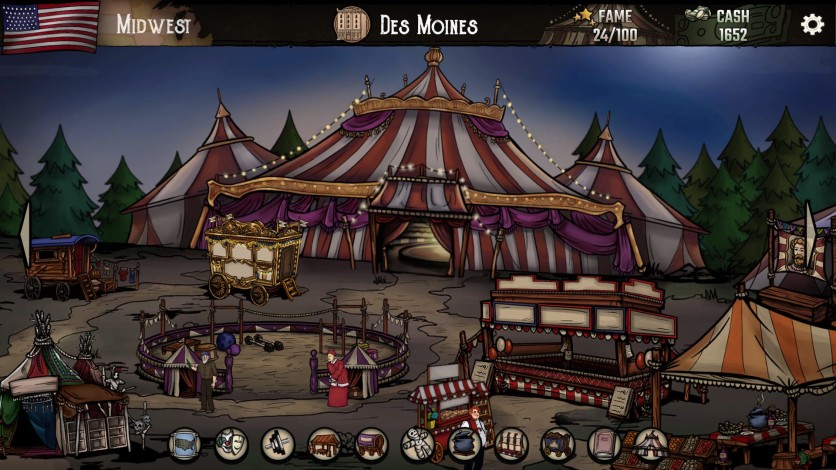 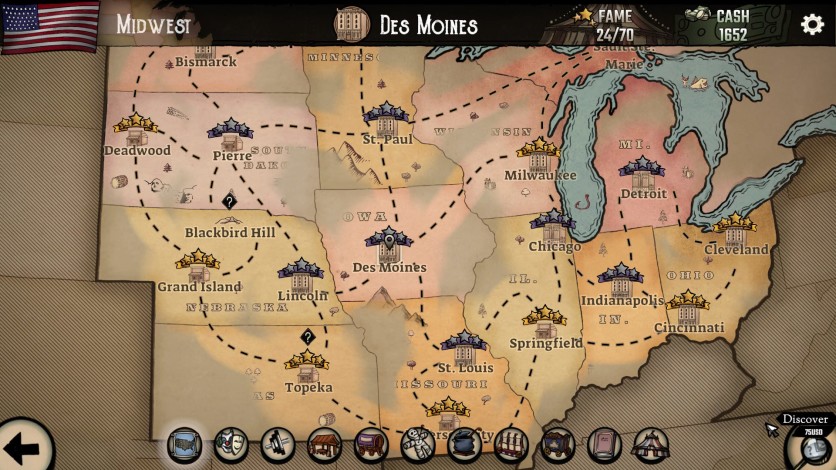 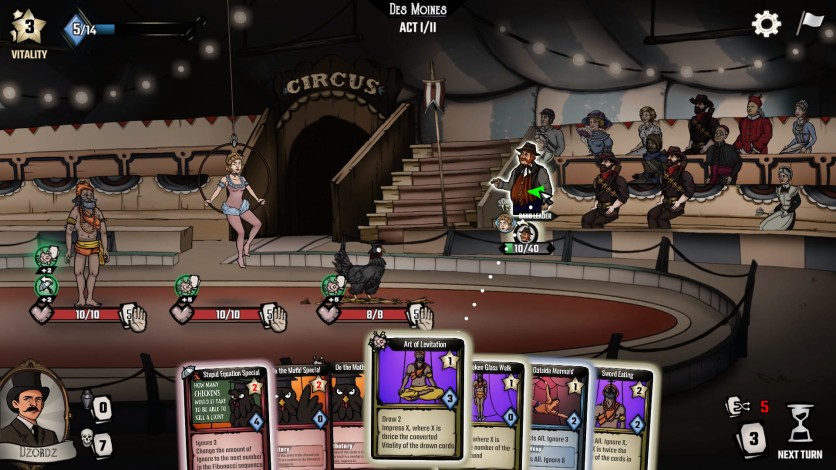 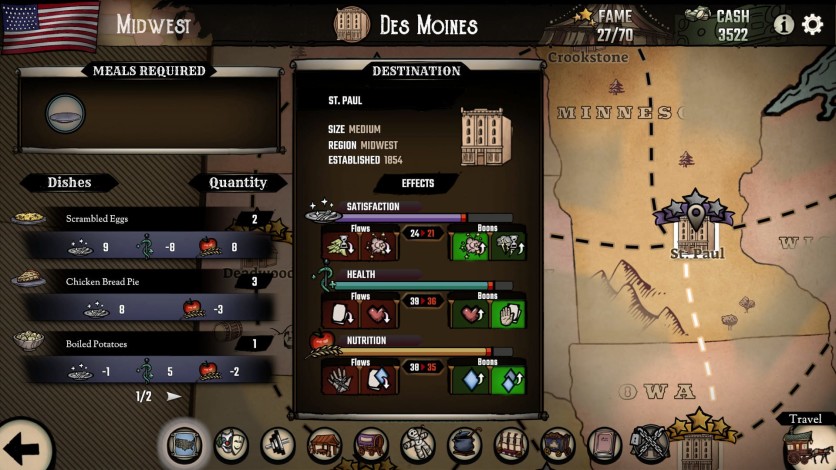 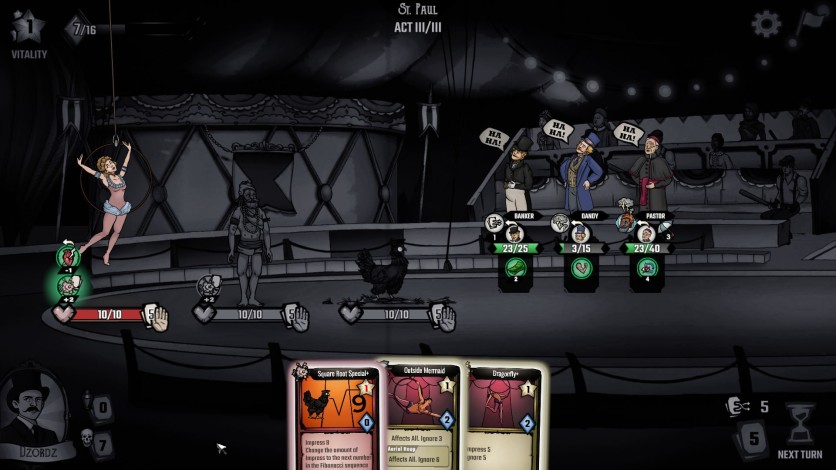 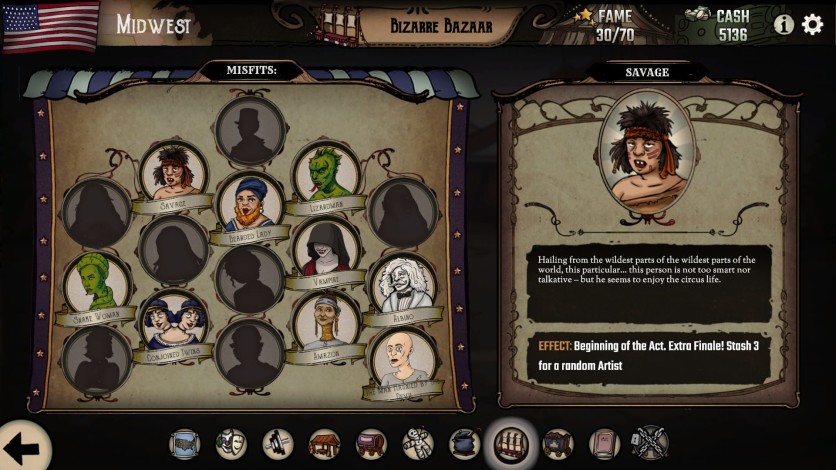 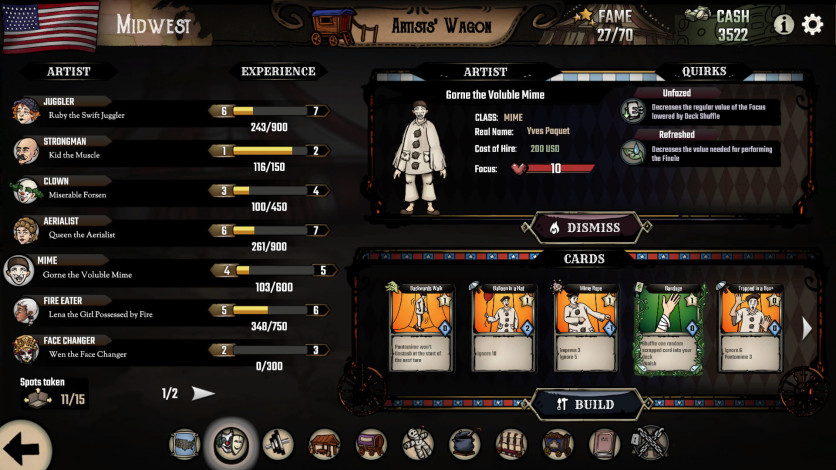 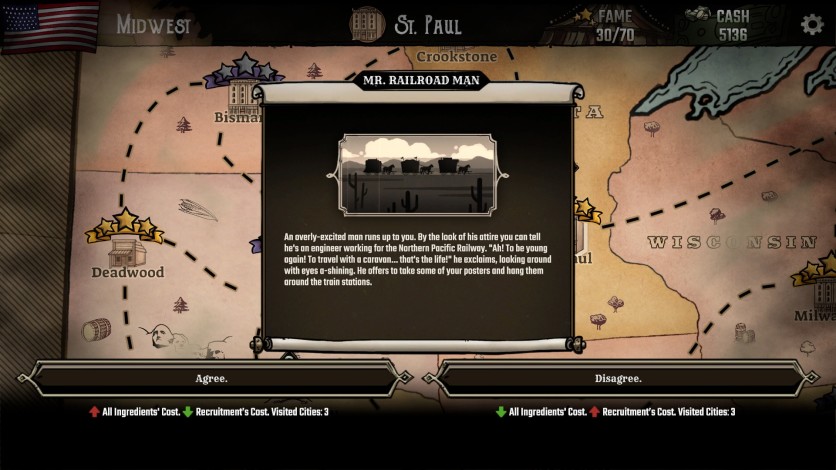 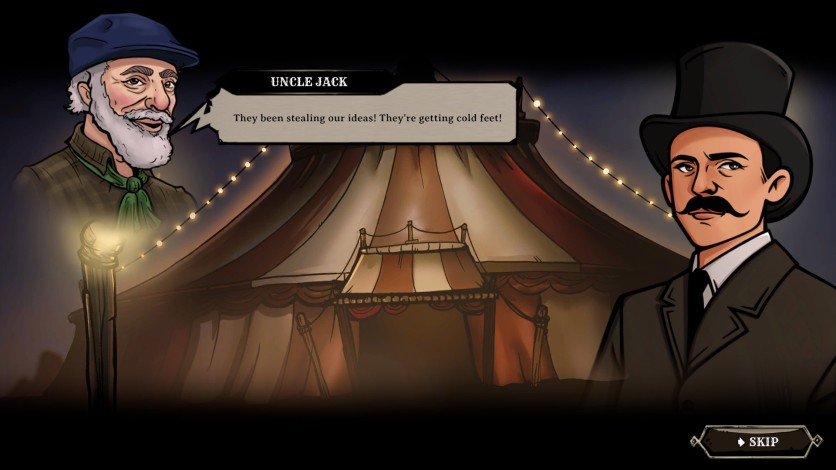 Your worst fear is the audience’s indifference. Your best weapon is a dazzling amusement. Your artists are your army. Behold, the circus came to town!

Roll up! Roll up! Come and take charge of your very own run-down circus and navigate a uniquely American form of entertainment, full of bizarre folklore, brutal crime, and social inequality as you battle to establish yourself amongst industry giants Ringling Bros., P.T. Barnum and Buffalo Bill.

Build your troupe, manage your circus camp, explore Gilded Age America, and amaze your audience to become the tycoon of an entertainment empire the likes of which the world has never seen!

Explore Gilded Age America
Dive into a story set during the dying days of the Wild West where history mingles with magical realism and ethnic folklore. Listen to an atmospheric soundtrack inspired by classic circus music and American country & folk as you travel to 90 cities and towns across 4 vast regions of the continental US. Encounter mythical creatures from such as the Wendigo and Bigfoot alongside historical figures including Susan B. Anthony, Nikola Tesla, and Queen Victoria. Play your cards right and you might be able seize the crown of greatest showman from P.T. Barnum himself!

Amaze the Audience
Deliver a perfect show in a special card duel between you and the audience. Beat their boredom with an arsenal of performances and tricks presented on over 200 beautifully hand-illustrated cards. Strategize carefully and gauge the mood of the crowd before playing your hand; what provokes cheers in the deep South might provoke jeers in the industrialised North!

Build Your Troupe
As the budding tycoon of a travelling circus your success depends on the variety of weird and wonderful acts you can get into the ring and the range of spectacular feats they can perform! With over 15 unique performers to recruit, and 32 audience types from across gilded age America to amaze, you’ve got your work cut out as you try to create the greatest show on earth!

Manage Your Circus Camp
As a showman you will have to travel light and fast, managing your resources and building the camp that supports your show as it grows, enabling you to drop jaws from coast to coast. With 8 different circus wagons, 18 unique upgrades available between them and over 100 modifications for the circus caravan as a whole, there’s a range of options to keep the show on the rails as diverse and varied as the performers in it!