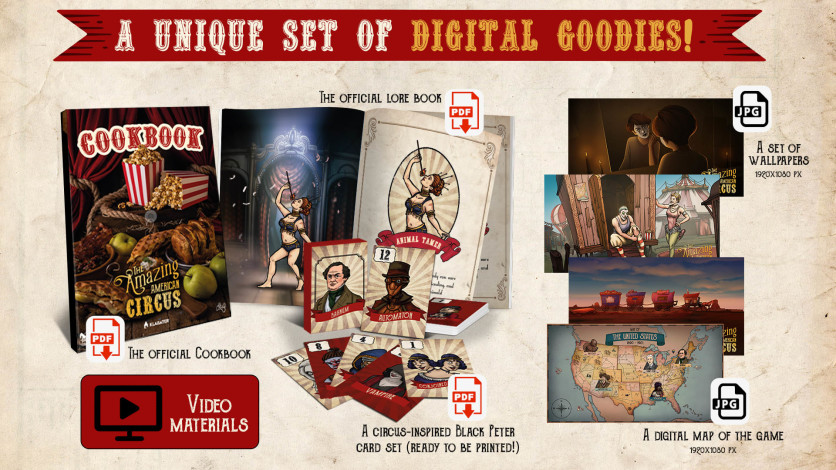 Grab a fantastic digital Cookbook with recipes from the game. Check out what exactly you’ll be feeding your artists - and if the poor souls deserve it. What’s more, there’s a special lore book that will introduce you to the strange and fascinating world of the turn of the 20th century! And if that is not enough, you will get a Kickstarter-funded Black Peter’s card game in digital form, but ready to be printed! And, last but not least, there’s also an amazing map of the USA as depicted in the game!