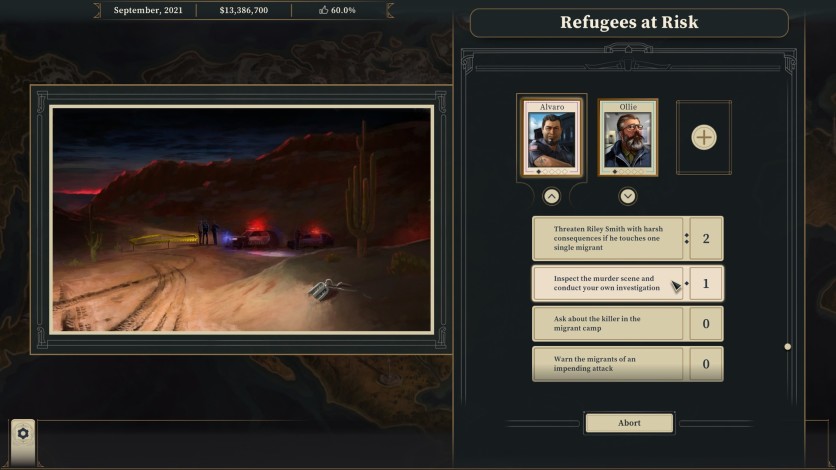 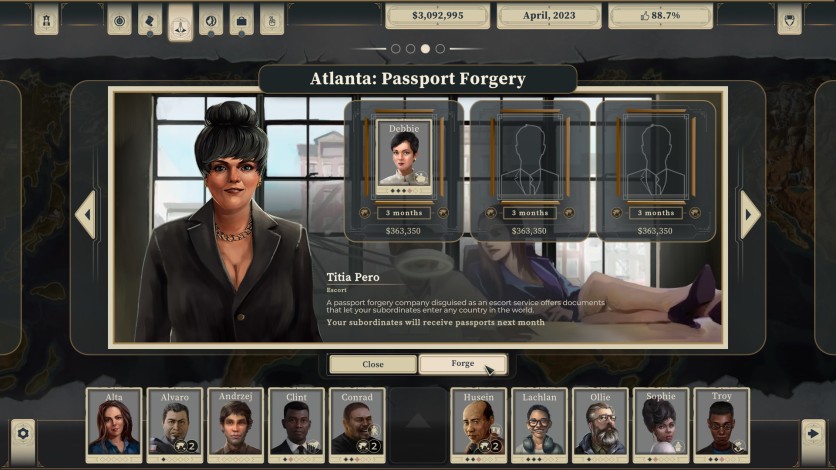 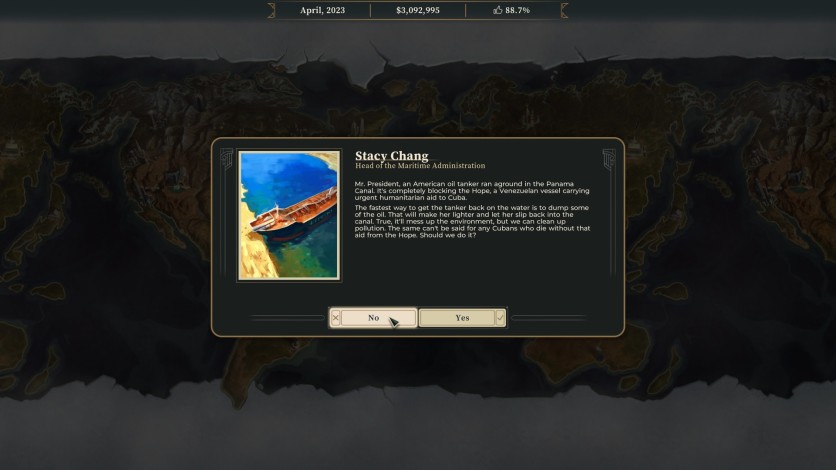 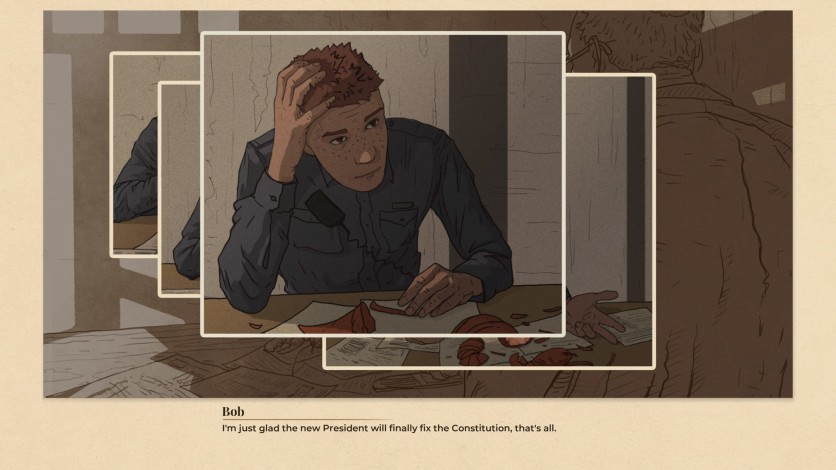 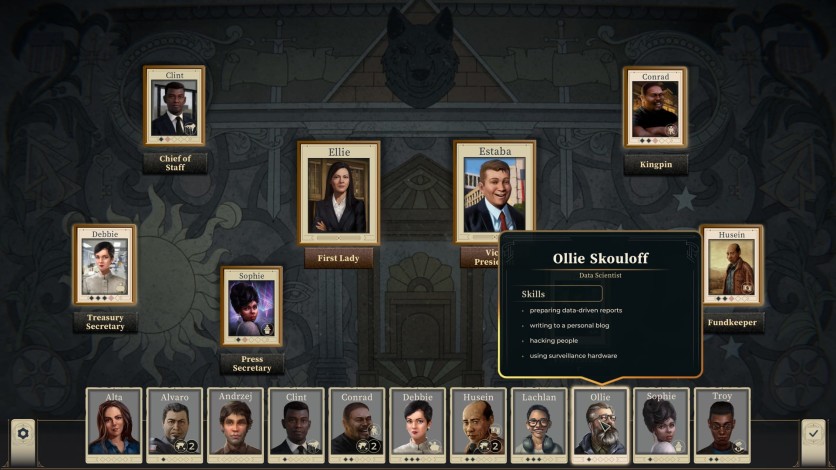 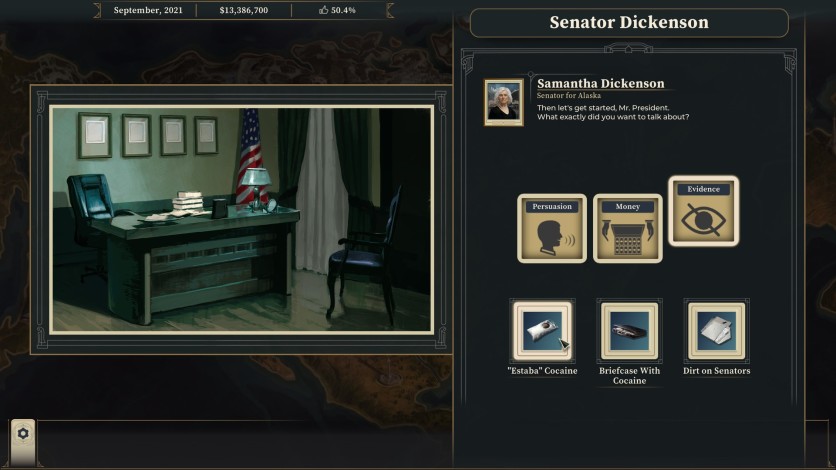 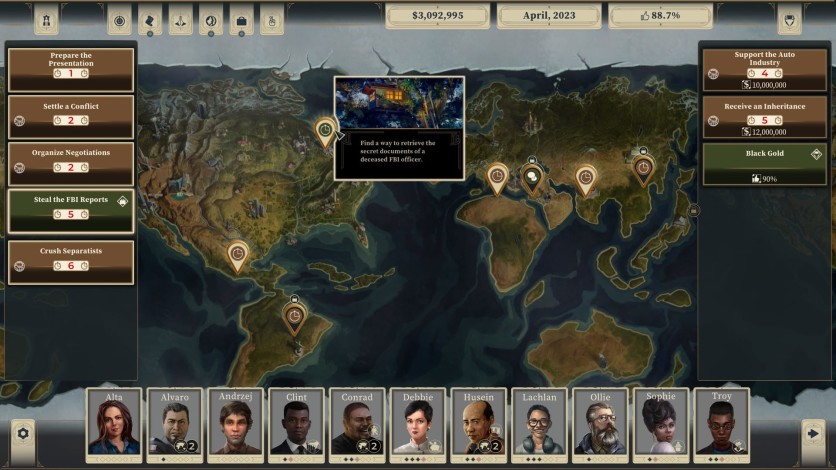 This Is the President is a story driven management game. In the year 2020 you are elected to be the President of the United States of America. To escape justice for your past crimes as a shady multi-millionaire businessman, you need to ratify Amendment 28 which would grant lifetime immunity to any President.

Manage your official and unofficial staff like a real mafioso in order to deal with all the old problems you’ve had in the past, as well as the shiny new problems that come with the office. You’ll battle with your competitors, the establishment, the media and even foreign leaders.

In this political thriller-satire mix, the player's actions will inescapably lead to situations that escalate into absurd, terrifying, tragic and even ridiculous situations.

But the road to lifelong immunity is full of pitfalls, and you’ll need to remember to clean up the daily messes that arise. Some might even call these distractions “presidential duties”.

Score some easy points by price capping video games and banning online advertising. But why limit yourself to ads alone?
Regulate the whole Internet -- your friends in China could use some help with censorship anyway.

Or how about rescuing Russia’s president who’s been overthrown by his opponent? Sending a hamster into space is one of the more “reasonable” choices, right next to helping a serial killer escape prison.

Of course your team members may dislike some of your decisions, but it doesn't always hurt to remind them who’s helping cover up their dirty little secrets. Things like gambling, alcohol and domestic violence, just to name a few.

Thugs, hackers, journalists, lawyers: You’ll need a variety of talents, and no matter how differently they may feel about the nature of their work, there is no moral dilemma that cannot be solved with a juicy Christmas bonus from our charity fund.

Americans can put their faith in their cute little "separation of powers" all they want, but no-one can resist your methods of persuasion.
Deep down they already know: Nothing can separate power from you.

There’s only one way out. Change the fabric of the Constitution of the United States by persuading, blackmailing, bribing, and bullying a large part of the political system into granting you lifelong immunity.

© 2021 THQ Nordic AB. Developed by SuperPAC. Published & Distributed by THQ Nordic GmbH, Austria. All other brands, product names and logos are trademarks or registered trademarks of their respective owners. All rights reserved.