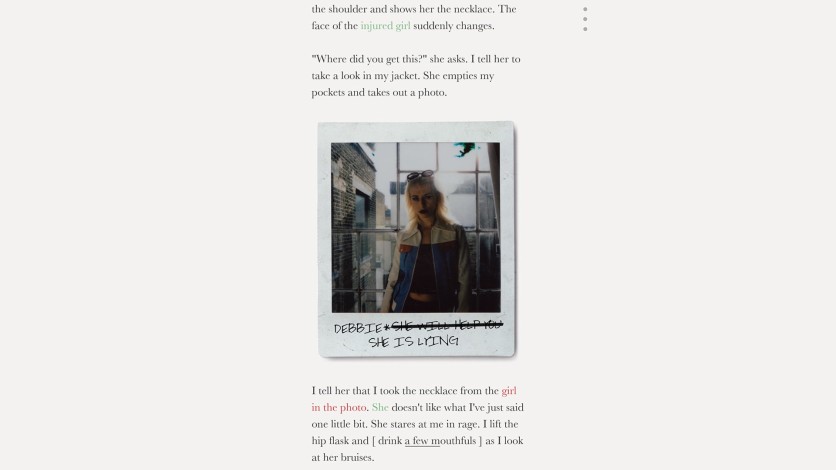 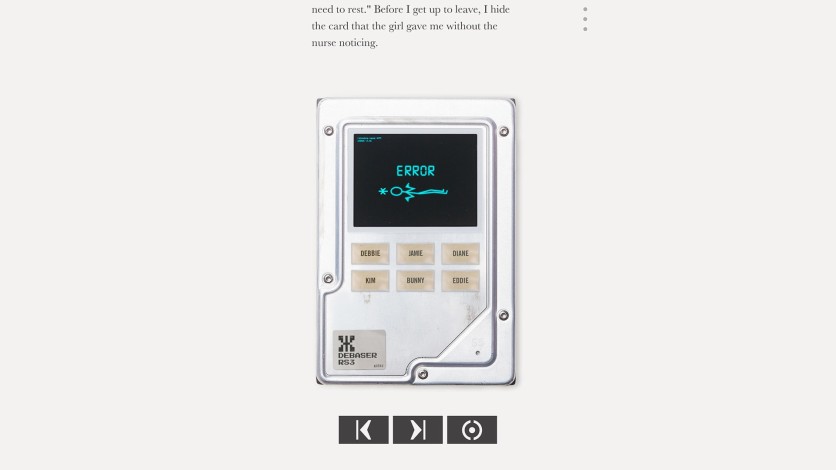 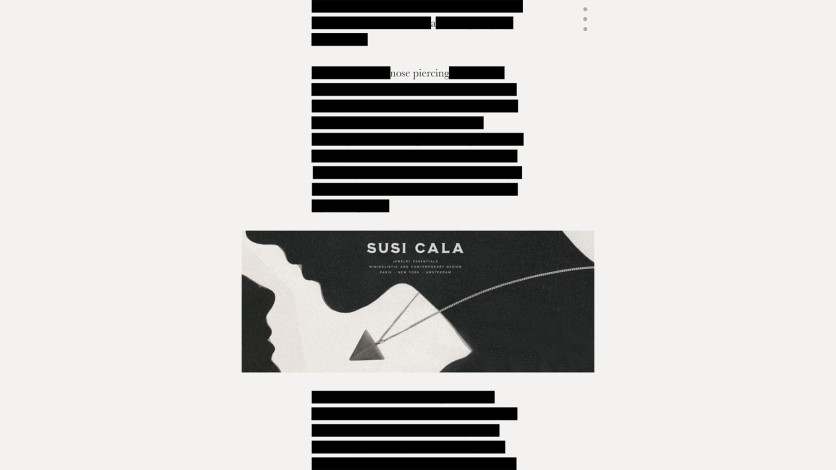 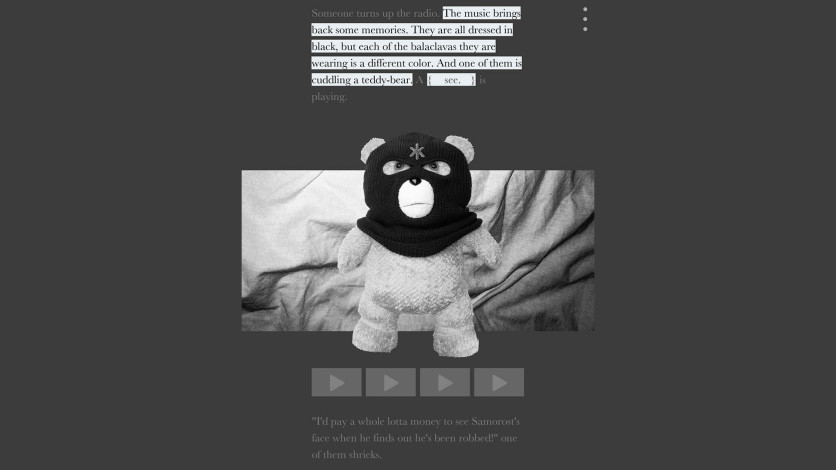 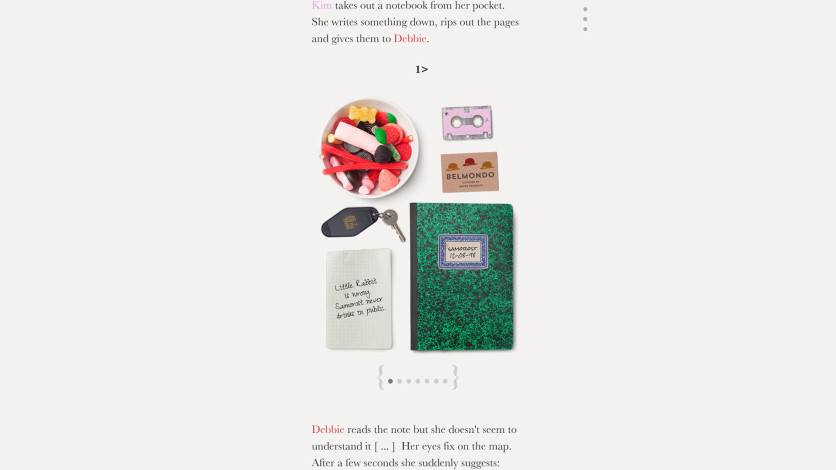 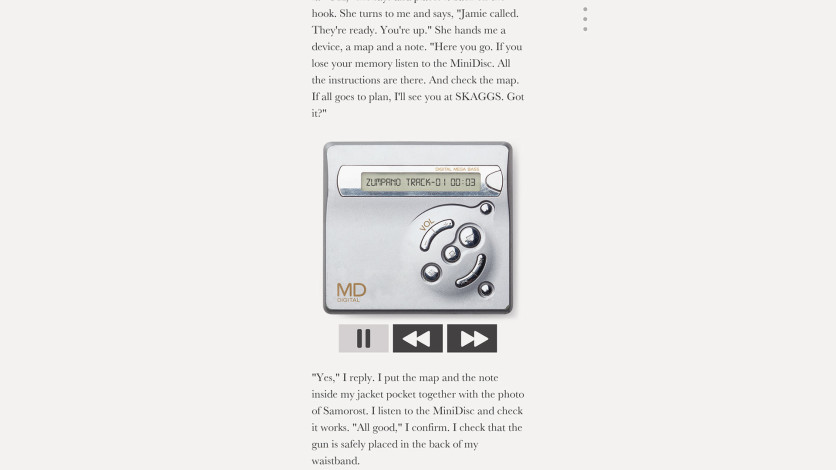 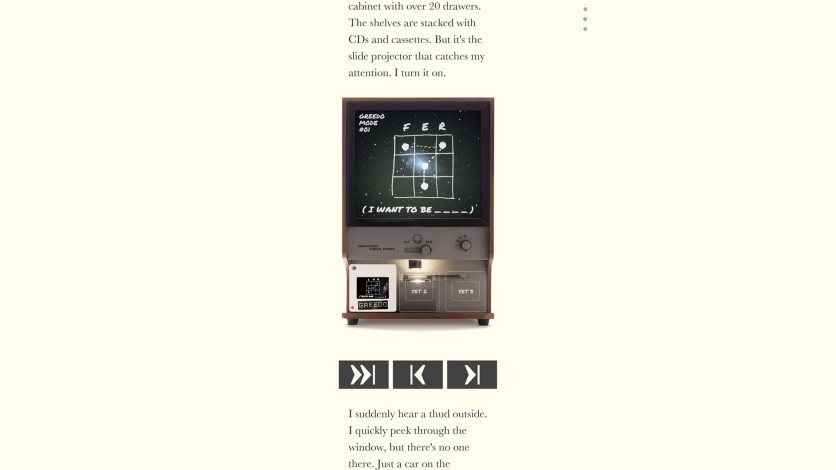 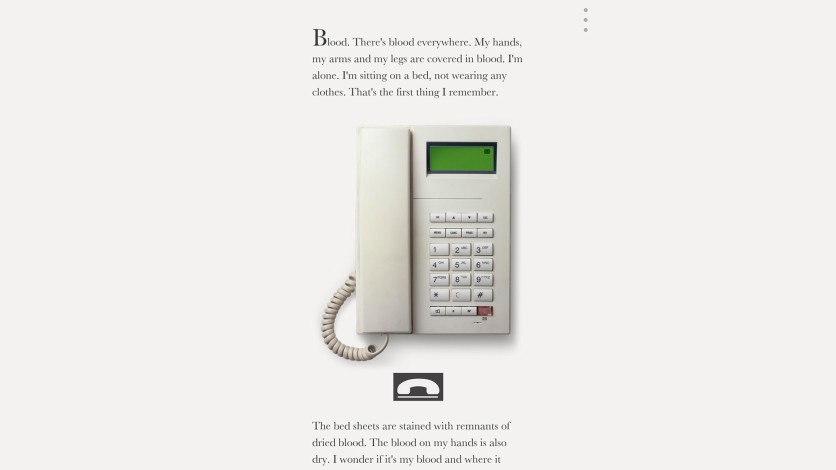 Unmemory lives at the intersection of literature and game. You need to read to overcome challenging puzzles and move forward in a thriller story where image, sound and interactive functions are carefully interwoven into the narrative. The result is an experience that tests your ability to solve a mystery, but above all that makes you feel inside the story.

The game tells the story of a person who is tracking down the man who murdered his girlfriend, a member of a band of lady thieves. The difficulty, however, of locating the murderer is compounded by the fact that he suffers from a rare, untreatable form of memory loss. Using notes, pictures and recorded messages he will have to solve the mystery and maybe, just maybe, discover an uncomfortable truth in this thriller story set in the 90s about a girl gang and a broken mind.