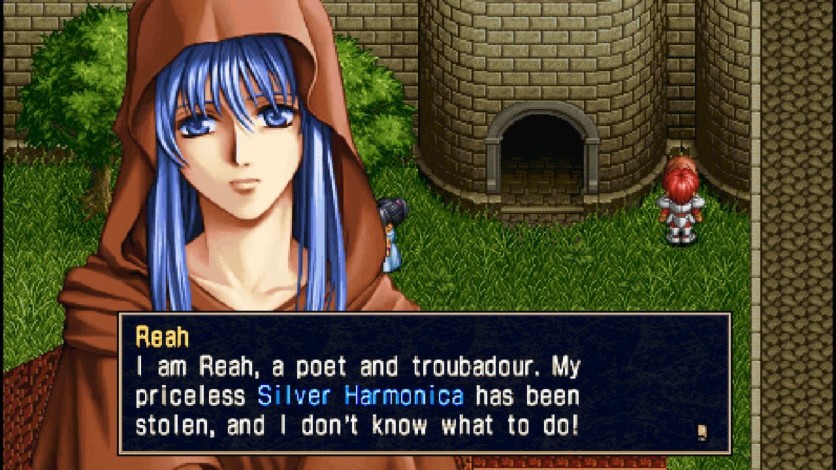 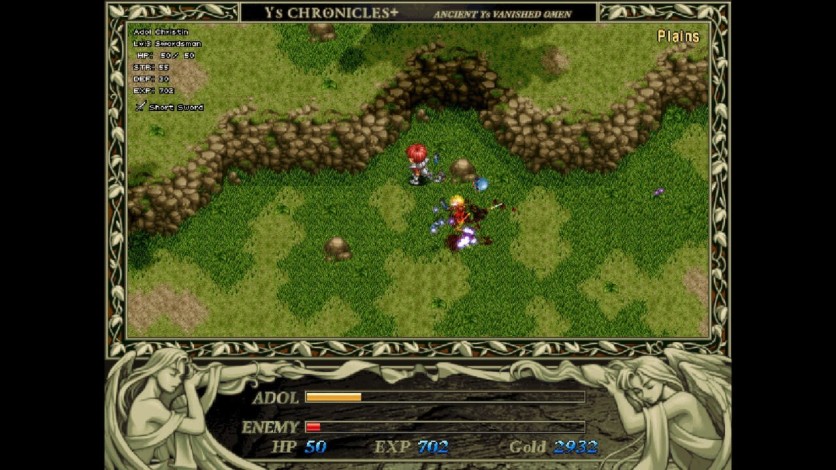 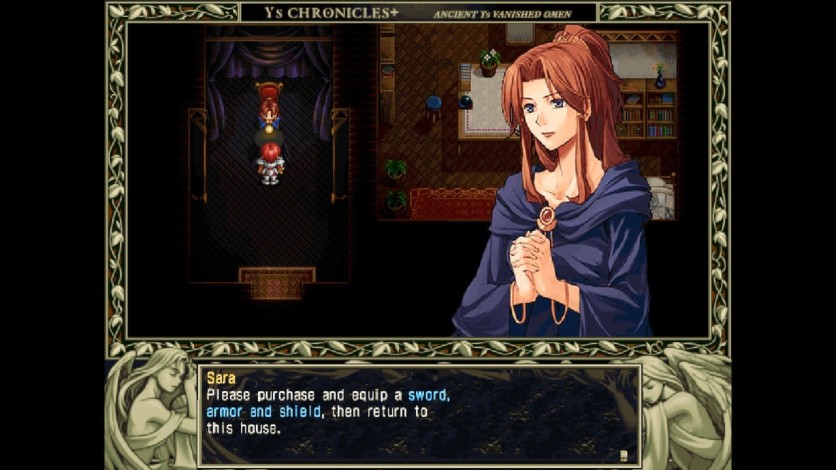 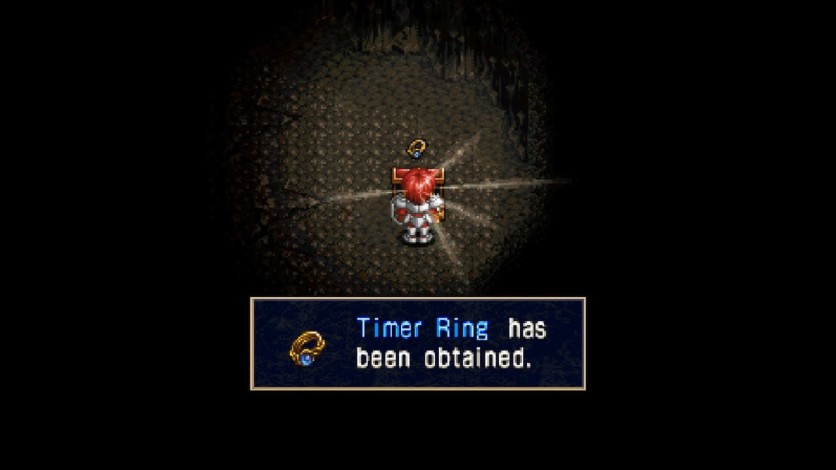 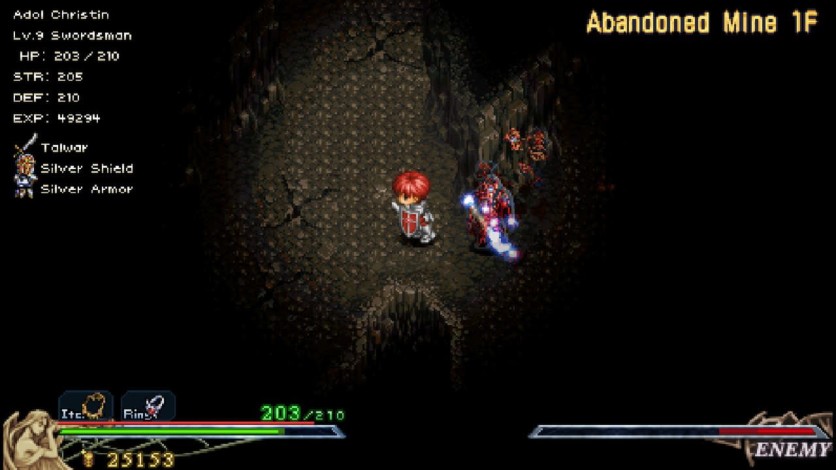 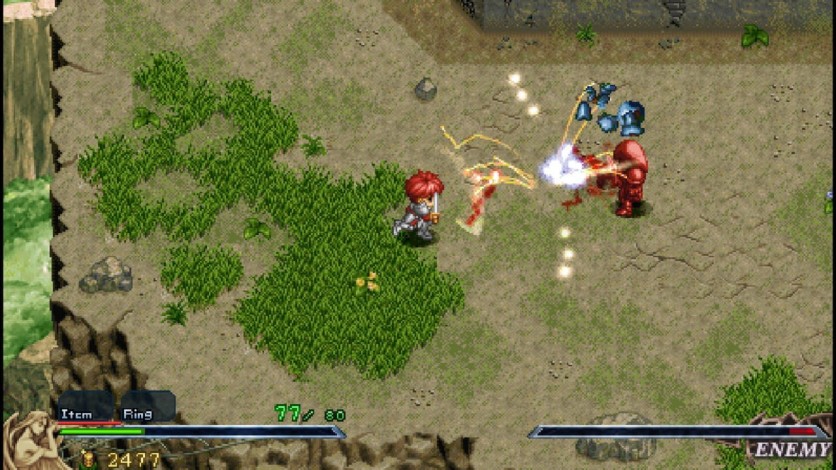 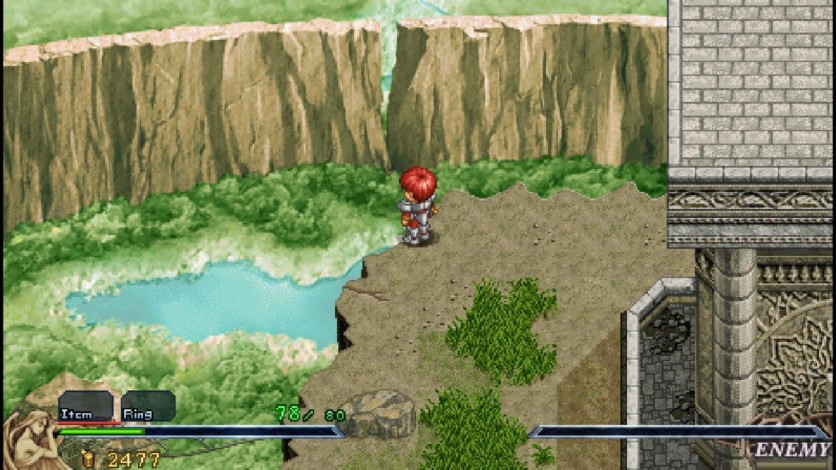 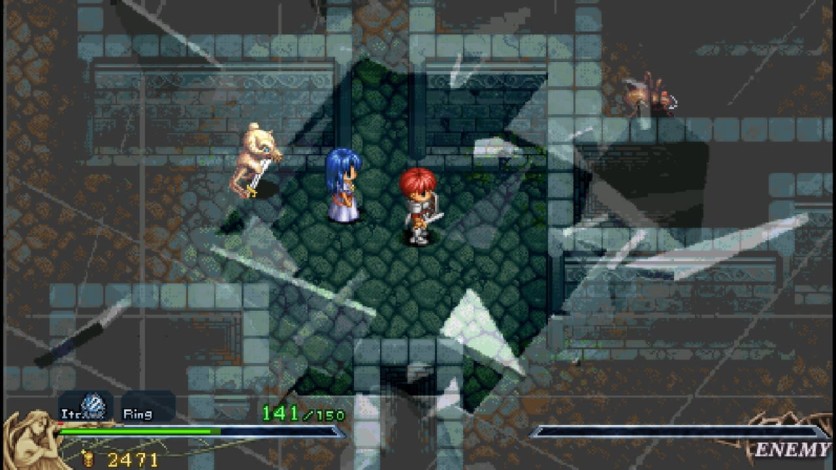 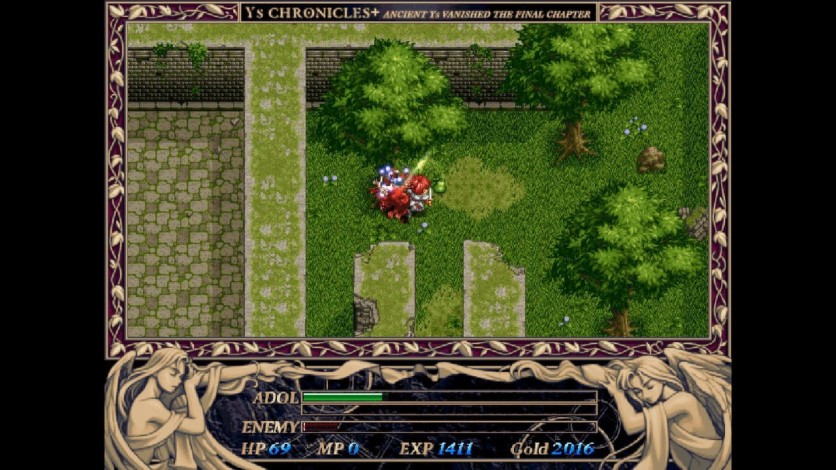 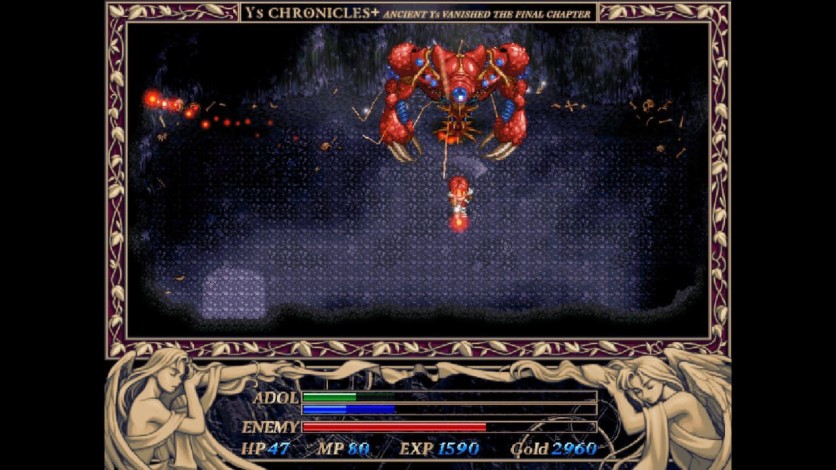 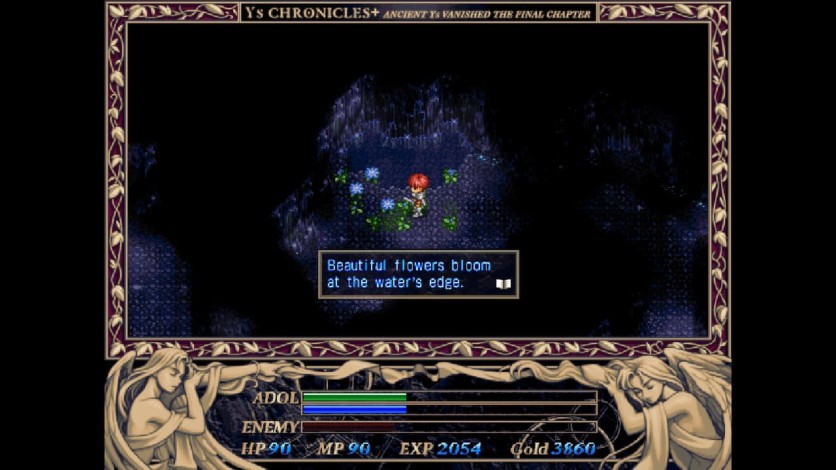 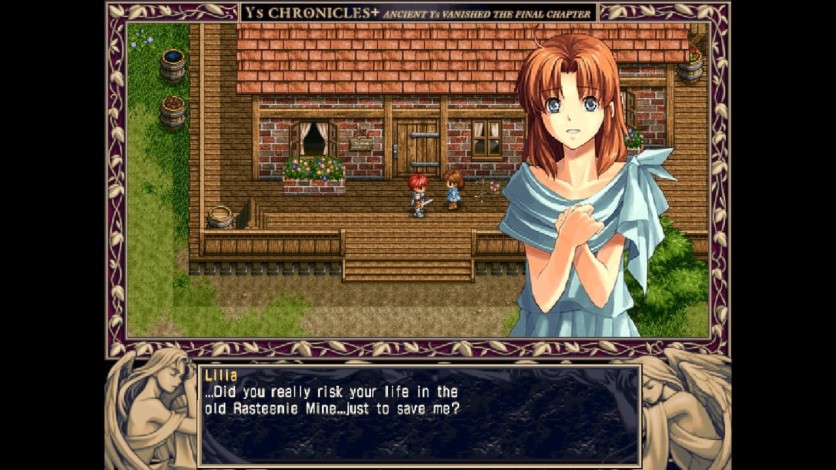 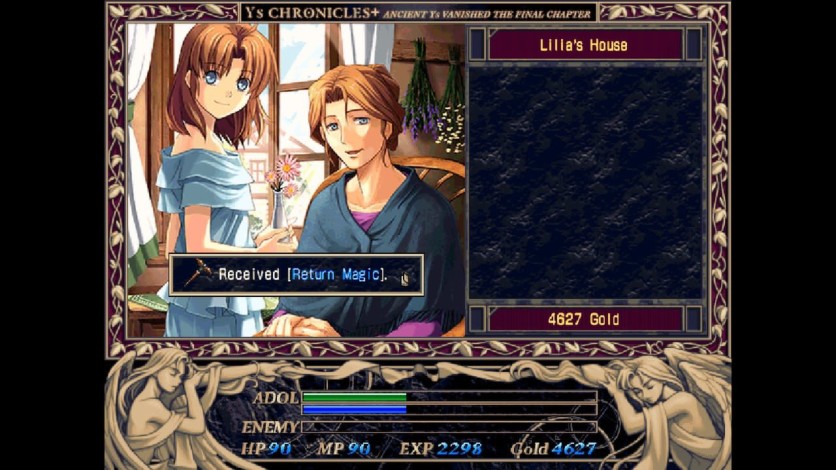 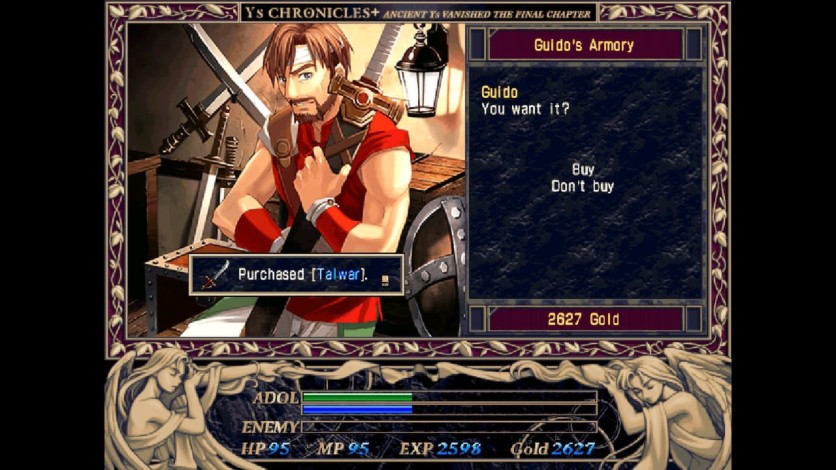 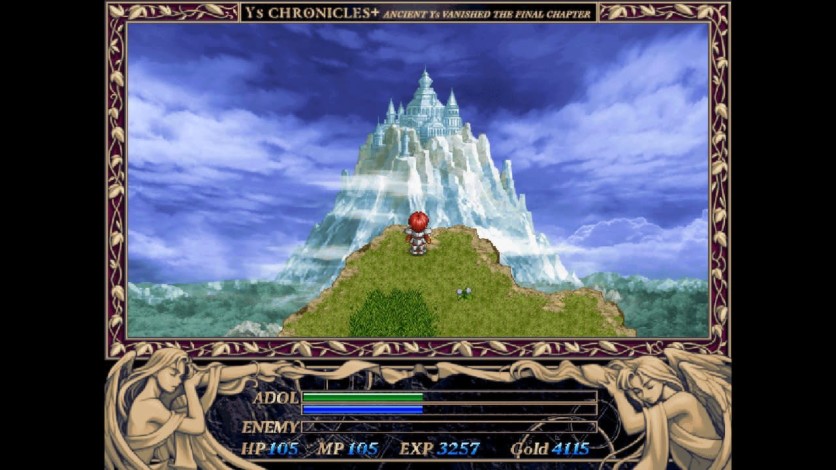 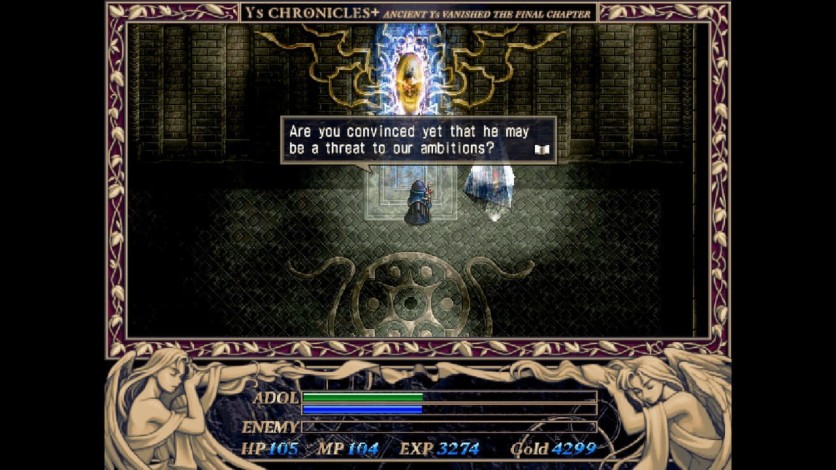 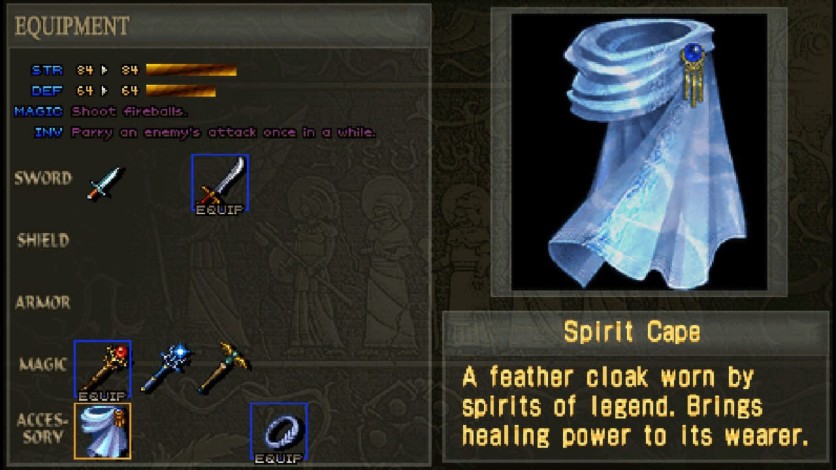 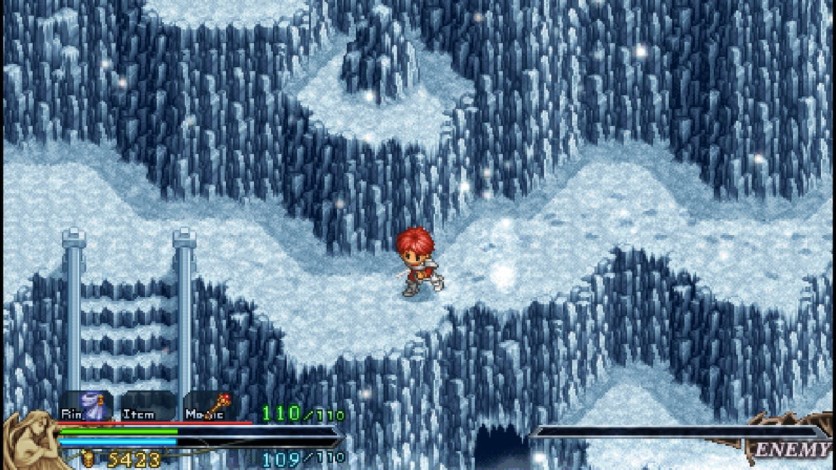 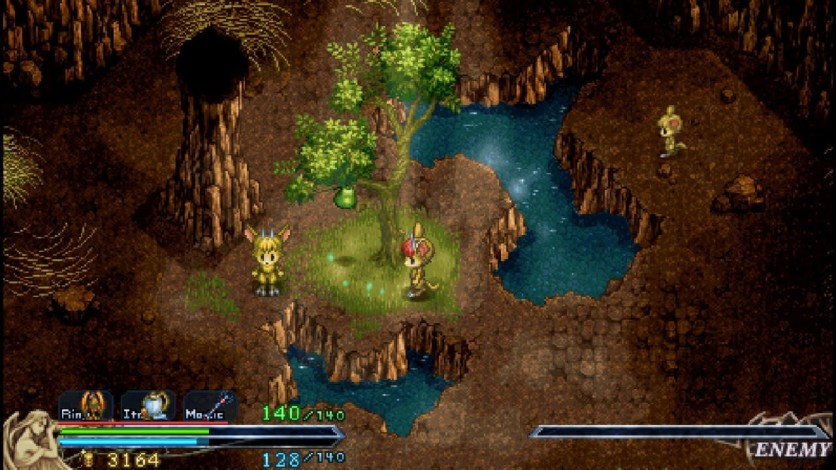 Long, long ago, there was an ancient kingdom called Ys which prospered under the auspices of two heavenly Goddesses. Over time, the kingdom came to be known as Esteria, and its divine history was largely forgotten by all but the descendants of those who once preached the Goddesses’ will. The only reminder of this lost lore was a cursed spire at the foot of a giant crater, which locals came to regard as “The Devil’s Tower.”

Eventually, the men and women who called Esteria their home began mining a uniquely radiant silver from the nearby mountains, and development boomed. Towns were built, and the land became rich with life.

Then, all at once, monsters began to appear. Only a few at first – but soon enough, the land was swarming with them, and the Esterians had no choice but to hide in fear, remaining ever vigilant just to stay alive.

Our story begins with a young man who’d heard rumors of these misfortunes, and strove to verify them with his own eyes; a brave swordsman with an adventurous spirit bolstered by his own youthful naiveté.

His name was Adol Christin.

With no regard for his own safety, Adol set sail toward Esteria through a heretofore impassable barrier of neverending storms. There, he was destined to become ensconced within a 700 year-old mystery that would ultimately take him to a long-lost land nestled amongst the clouds...

Ys I & II Chronicles+ is the most modernized and up-to-date remake of Falcom’s classic franchise-spawning action RPGs from 1987 and 1988. Come see how the story began, and witness the birth of a legend!