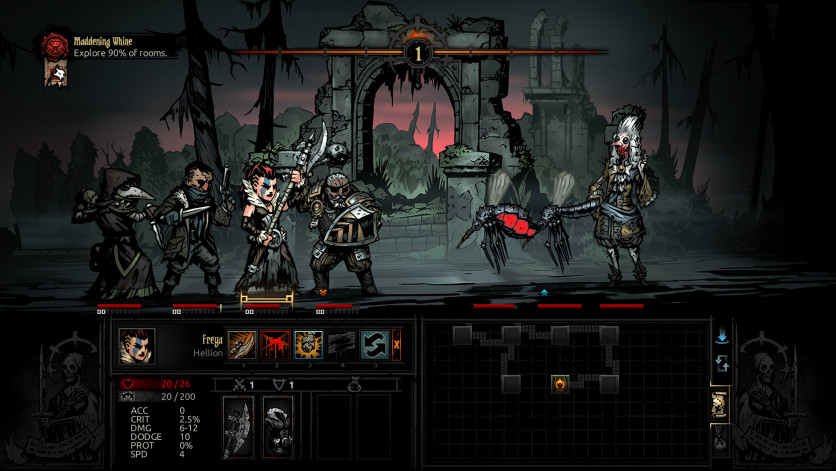 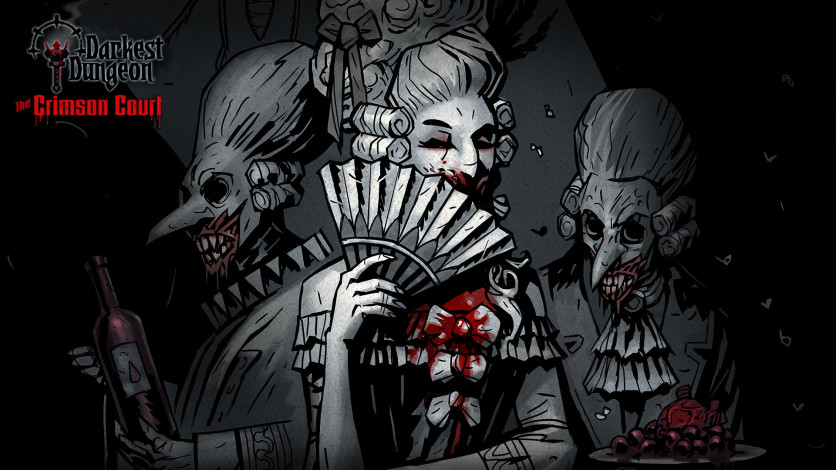 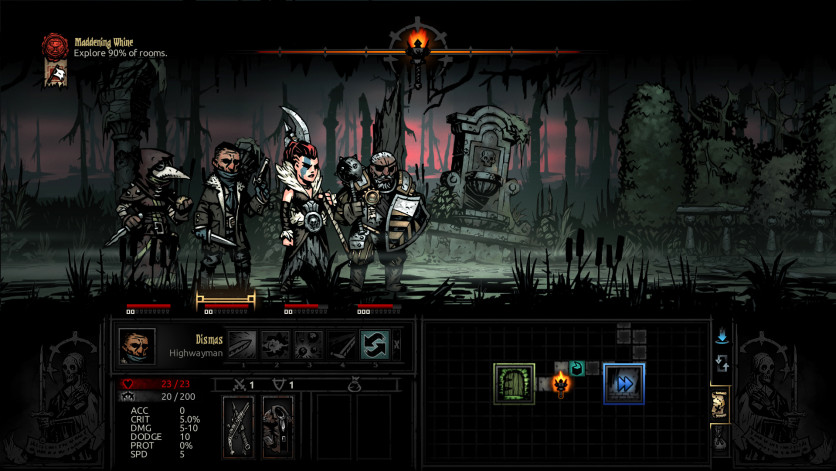 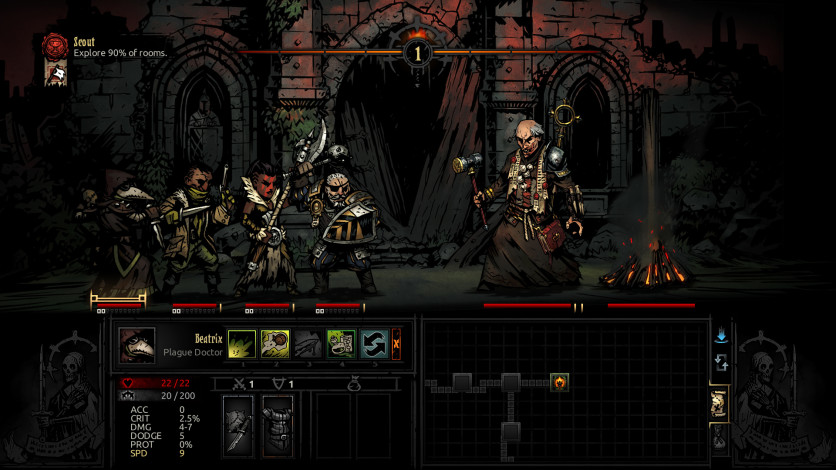 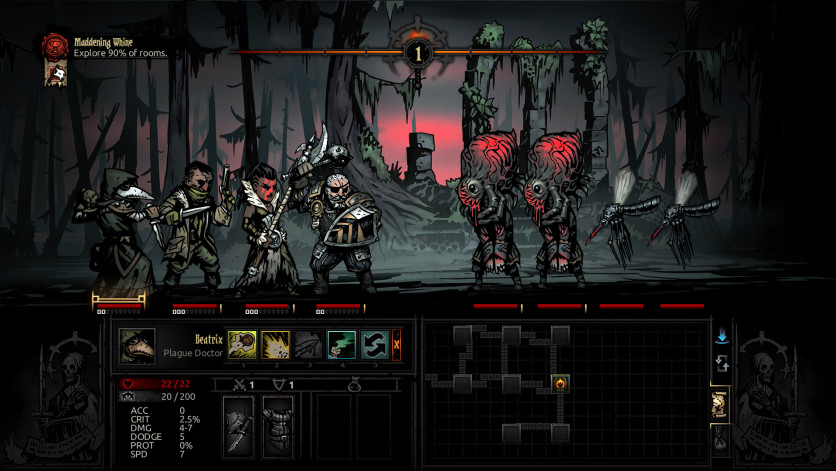 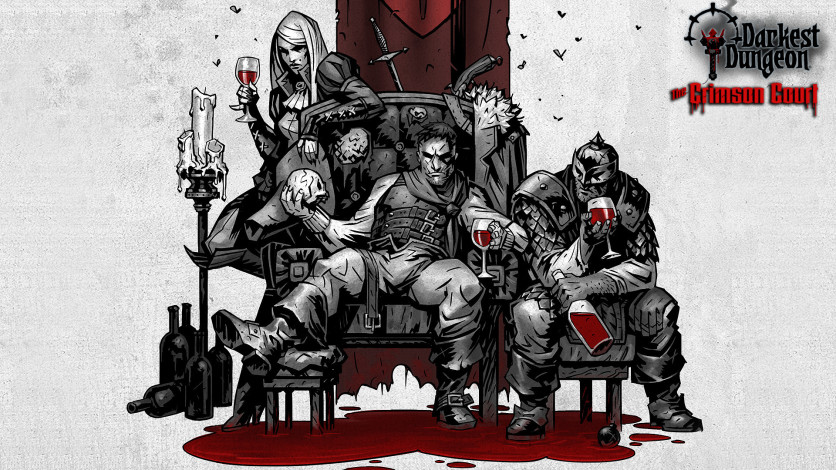 Darkest Dungeon: The Crimson Court is the first expansion for the award-winning grim and gothic RPG by Red Hook Studios. Crimson Court is a parallel campaign experienced alongside the main Darkest Dungeon content that will provide you with new challenges and variation at every difficulty level. The narrative grounding sheds some light on the Ancestor’s early days, and will be presented in the same style of cut-scenes you’ve seen elsewhere in the game.

As the Crimson Curse spreads unrelentingly over the estate, parties will battle new enemies in familiar regions, as well as setting foot in a completely new sprawling environment: the Courtyard. There, amidst unique curios, traps and obstacles, a complete faction of new blood-crazed foes lie in wait, overseen by three distinct boss encounters. These slavering enemies and epic encounters will introduce new combat mechanics, testing the limits of your favorite strategies.

As the infestation grows and your roster begins to sicken, the Fanatic will emerge to roam the hallways, confusing friend and foe alike in his zealous quest to exterminate the Curse.

The odds are not completely stacked against you, however! A new playable hero class will be added alongside powerful new trinkets, town events, and a fresh way to expand and upgrade your Hamlet.