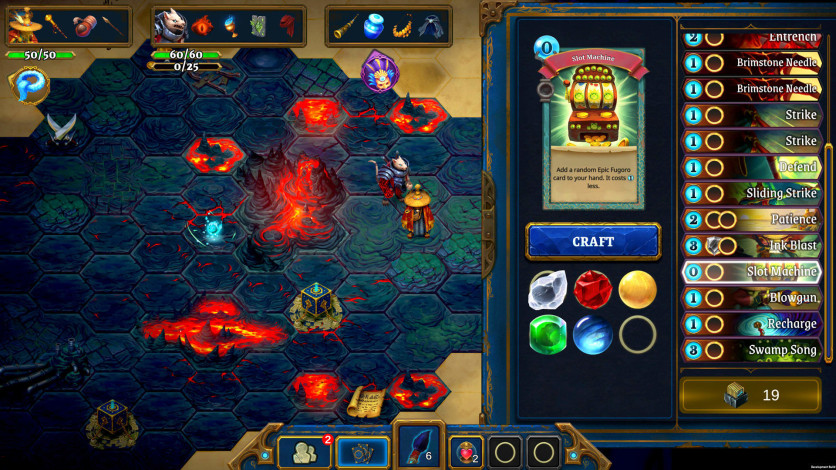 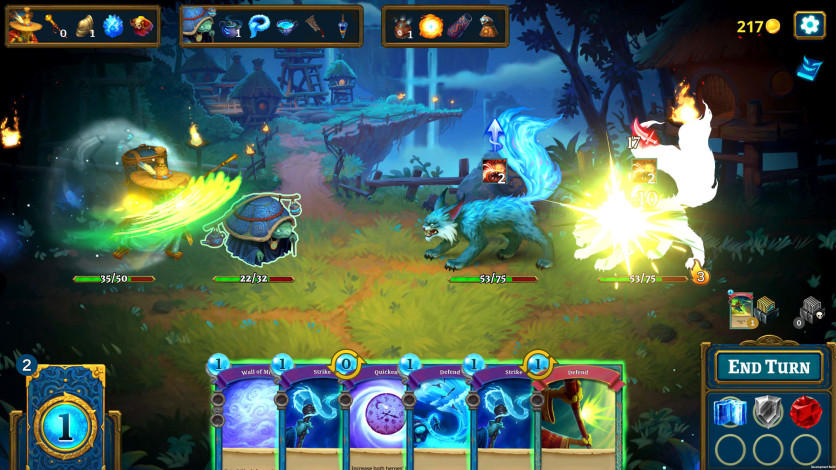 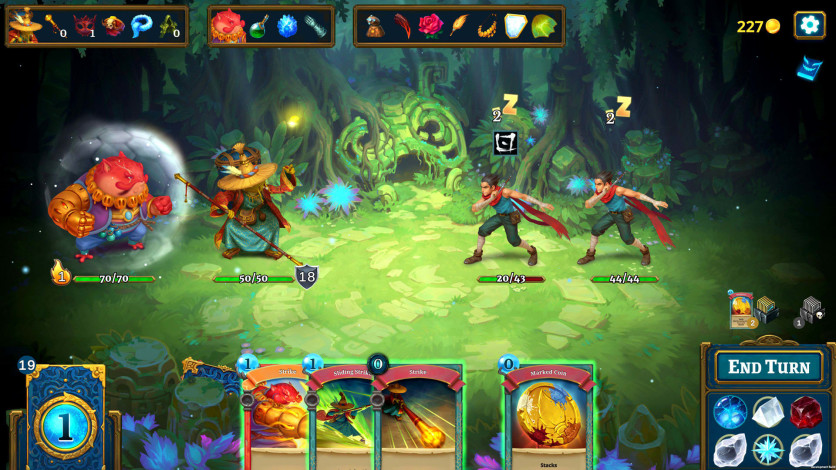 Infamous for being an adventurer, collector, pirate captain and frog-thief, Fugoro is a mysterious triton and the one responsible for the catastrophe involving the Roguebook. He carries a large backpack bursting with treasures and magical coins, and is surprisingly agile with his staff, which he uses to leave marks on enemies. Combine Fugoro's cards with those of other heroes to build new decks and discover combos that will crush the Roguebook.