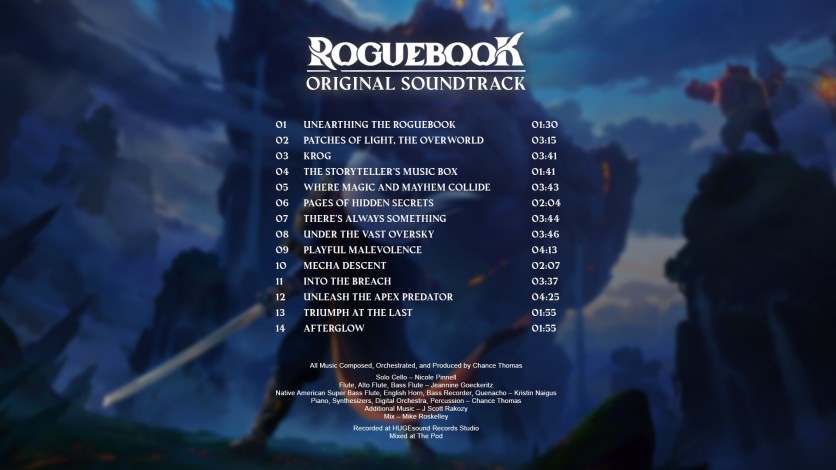 Composed by Chance Thomas, the multi-award-winning artist who previously worked on Faeria, the Roguebook original soundtrack is a musical journey through a mischievous and magical world.

Adapting the innocence of Faeria's musical theme to the mischievous atmosphere of Roguebook, Chance Thomas plays with dissonance and insinuation in the next evolution of his music. The original soundtrack, remastered in a 14-track album, was recorded live then remixed. It overlays the sounds of acoustic instruments, such as the cello, cor anglais and Native American flute, with an electronic layer, creating a stark and magical result.

All music was composed, orchestrated and produced by Chance Thomas.

Recorded at HUGEsound Records Studio
Mixed at The Pod.