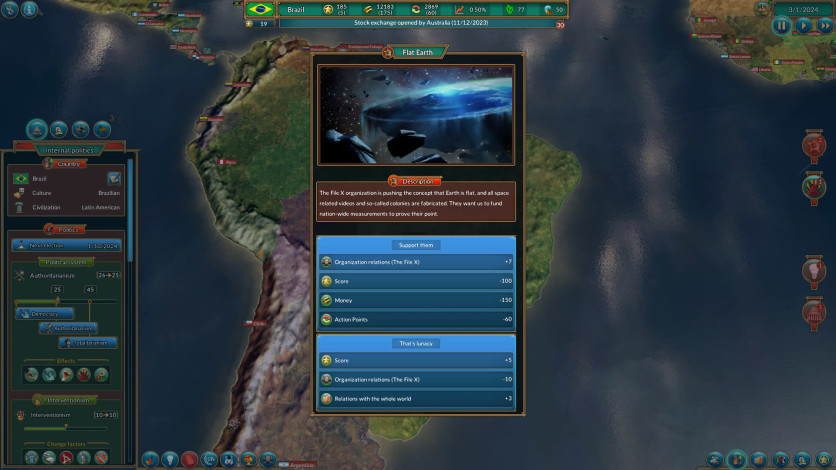 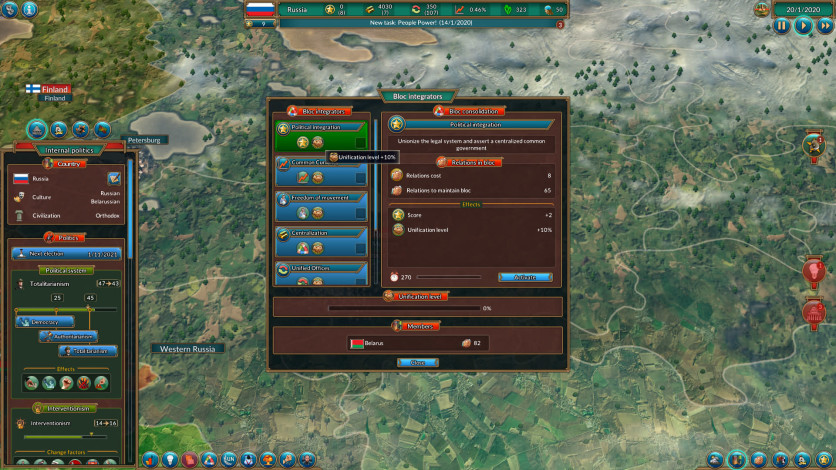 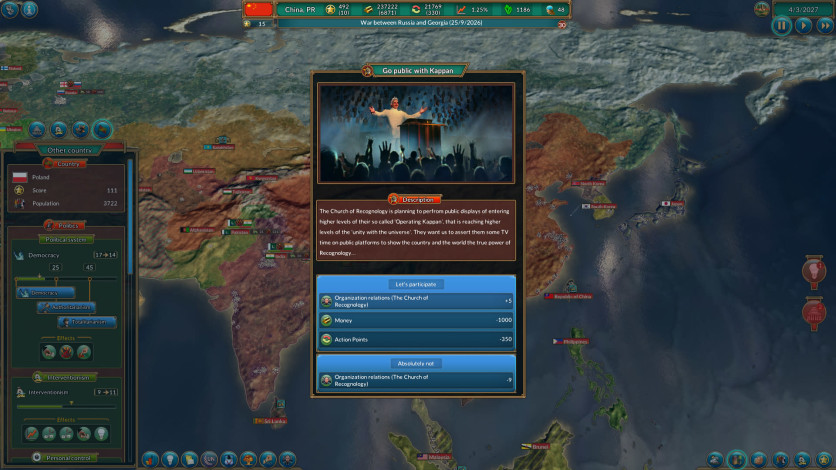 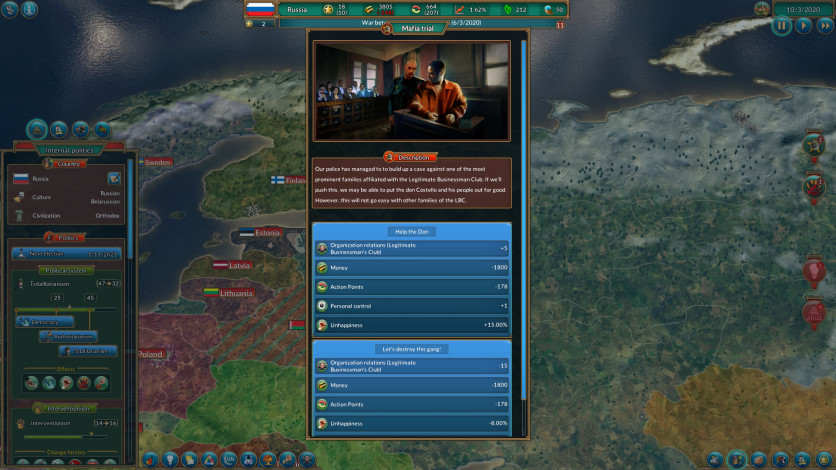 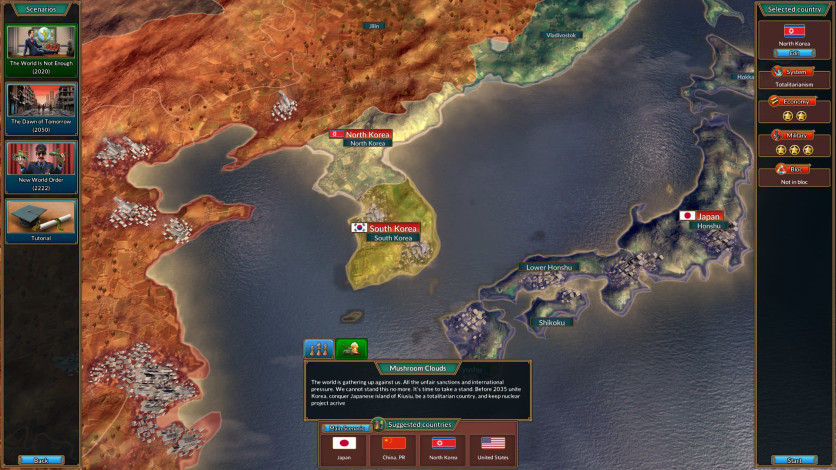 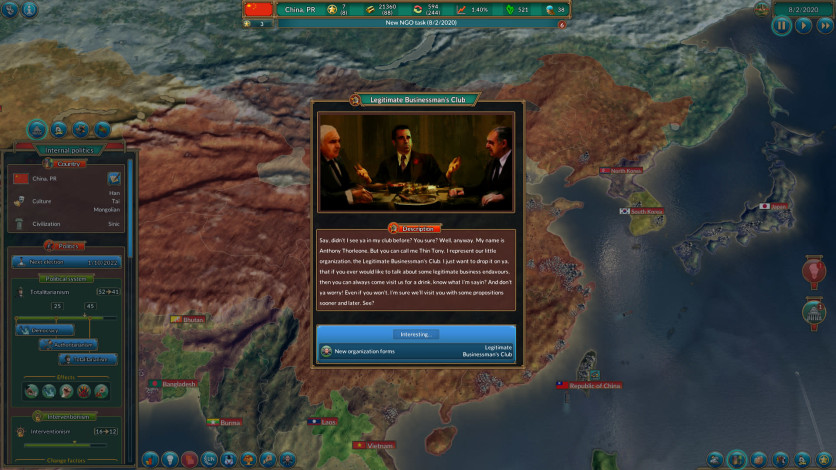 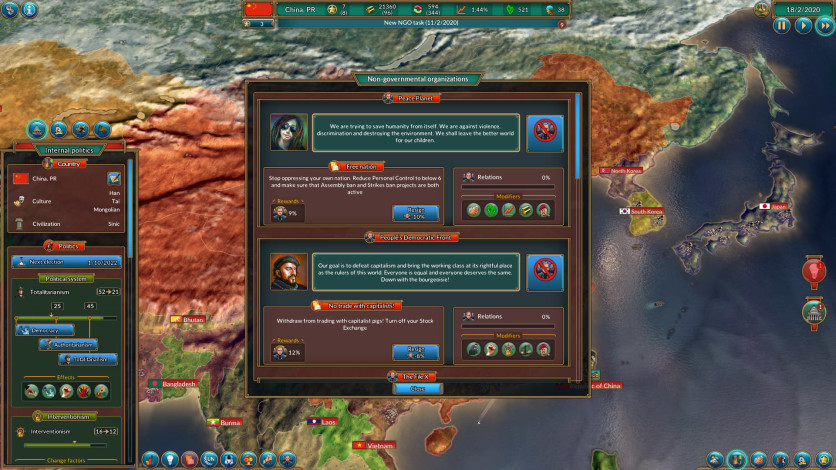 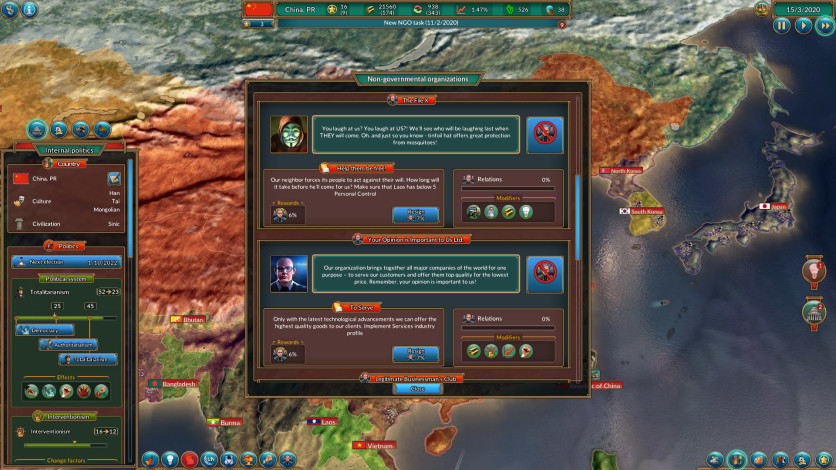 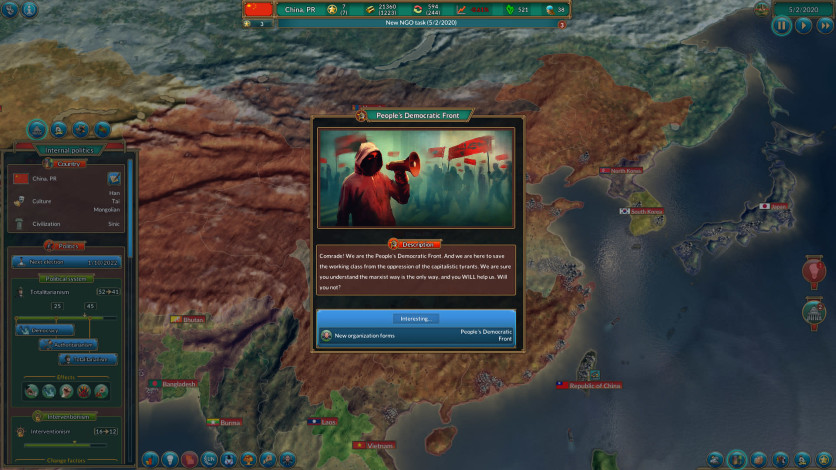 New Power brings unprecedented content and a new form of realism to the world of Realpolitiks.

Find a mini-scenario where the nuclear threat is real, nongovernmental organizations trying to influence policy and new resources for building larger territorial units, settings that directly influence the outcome of any strategy you use!